The Ocala Metro Chamber and Economic Partnership, which turns 10 this year, has received millions in cash, real estate and utility costs. 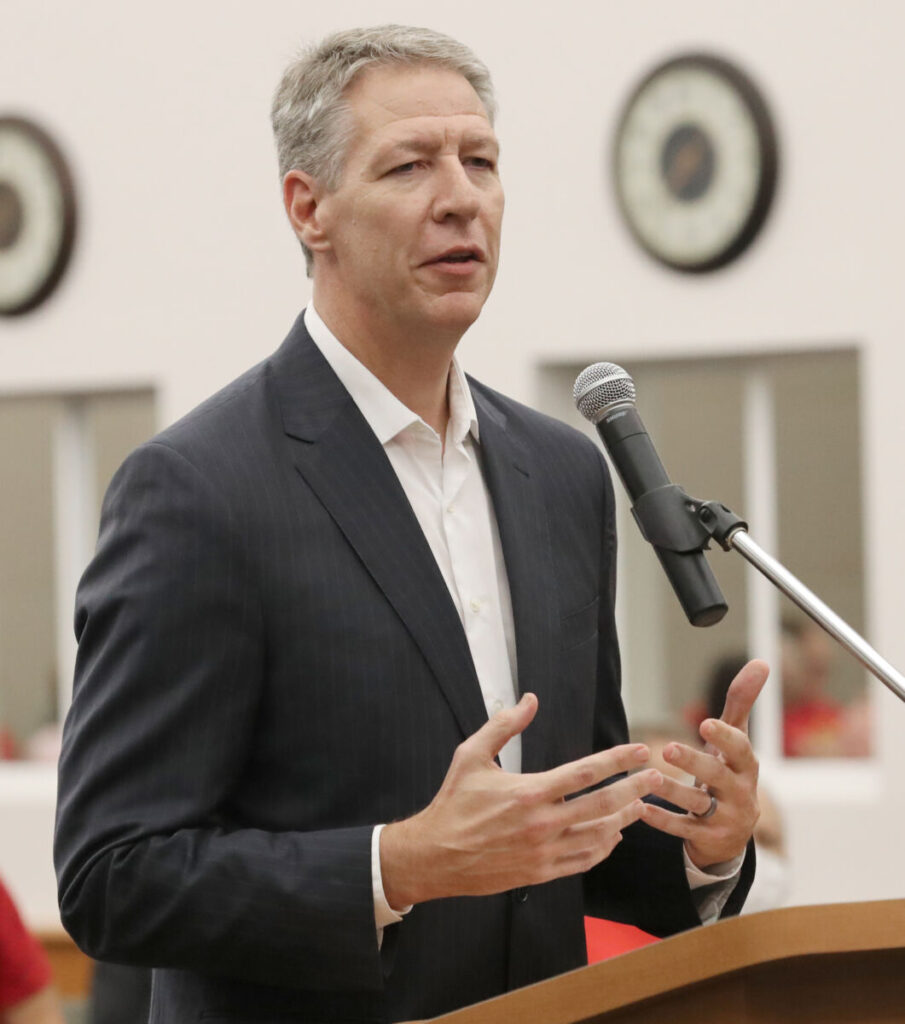 The Marion County Board of County Commissioners (MCBOCC) renewed their annual commitment to pay the Ocala Metro Chamber and Economic Partnership, or CEP, $300,000 for its annual economic development efforts. It was passed on the county’s consent agenda without discussion on Sept. 20, 2022.

Although the county did not have on hand the earlier contracts, the Marion County Clerk of Court provided a printout reflecting payments totaling $610,147 in 2012, 2013 and January through September of 2014.

On Oct. 4, during a regularly scheduled Ocala City Council meeting, council members continued their commitment to pay the CEP $190,000 annually for economic development efforts in a 3-1 vote, with Councilman James Hilty not in attendance.

Councilman Jay Musleh, who gave the dissenting vote, praised the CEP for its efforts over the past 10 years but felt that it was time for the city to be a contributing chamber member at a level akin to other large organizations and that the CEP not require as much support from the city.

Attached to the agenda item was information about how much the city had paid or donated to the CEP over the past 10 years: $3,309,499.85.

The CEP leases the Business Incubator/Power Plant and the former Florida Credit Union building from the city for $1 a year.

Additionally, the CEP holds the lease on the Ocala Downtown Market with the caveat that all revenue be spent on the market.

Three members of the public spoke about the contract before the city council on Oct. 4.

Kearsten Angel told the council members that although the CEP has done some good things throughout the years, 10 years of financial support seemed like “an awful long time for you all to be consistently increasing [financial support] over the years.”

Angel also expressed concerns over the organization not being subject to Florida’s Government-in-the-Sunshine law that make the CEP’s activity not being transparent to the public.

“As most people in this community know, we have to manage to support ourselves at some point and I think the time has definitely come for the CEP to do some of that,” she concluded in her comments.

Rock Gibboney told the council that he was not speaking against the contract and spoke favorably about the CEP’s efforts to bring business to town but expressed concerns about a nonprofit entity being involved in politics.

“Out in the community….the perception is that the CEP is a business entity that is going in a lot of directions which they don’t understand. Some of which are the political involvement that they have interviewing candidates, endorsing candidates, or telling our city council whether or not they should hire a city manager or not,” Gibboney said. “I don’t think endorsement of candidates running for local offices, when those candidates who win will be voting for sending you money [is right]- it may be legal in some way, but it just isn’t right.”

Kevin Sheilley, president/CEO of the CEP, responded to Gibboney’s concern by indicating that the CEP does not endorse any candidates, although as a 501(c)(6) they may endorse candidates.

According to the Internal Revenue Service website, “Section 501(c)(6) of the Internal Revenue Code provides for the exemption of business leagues, chambers of commerce, real estate boards, boards of trade and professional football leagues, which are not organized for profit and no part of the net earnings of which inures to the benefit of any private shareholder or individual. An organization that otherwise qualifies for exemption under Internal Revenue Code section 501(c)(6) will not be disqualified merely because it engages in some political activity.”

Charlita Whitehead asked the city council members if they had done any survey of other communities to see what they were paying their chamber and about different policies on giving leases for $1.

City Manager Peter Lee responded that the city had not done research on the subject but he knew that other governments made similar arrangements with entities like the CEP. 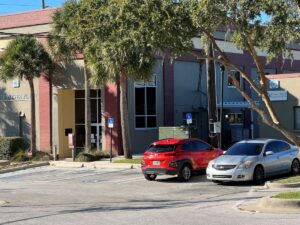 The Power Plant incubator and Downtown Farmer’s Market are leased by the CEP for $1 a year with an estimated “opportunity cost” to the city of $250,000 a year.

Lee’s remark about the opportunity cost in granting the CEP the lease was the only time during the meeting it was discussed and it was not included in the $3,309,499.85 tally the city calculated it had tendered in cash or real estate directly to the CEP attached to the agenda item.

Sheilley told the council that the CEP would turn 10 years old at the end of the October and that he will have been with the chamber 10 years in December.

Sheilley bucked the idea that the contract was about “subsidizing” the CEP and instead should be considered an investment in the growth of Ocala.

“My view is that we provide an incredible return on investment to the city through our efforts. We can only look at the projects have been announced over the last …10 years of the CEP,”  Sheilley said.

“I use the analogy often that if you look at the City of Ocala and Marion County over the last seven or eight years and you compare it to all the surrounding counties, you will notice one thing that is very different…. You’ve been able to keep your millage rate flat while continuing to see new revenue growth. Virtually none of your neighbors can say that. And the difference is the presence of those industries, the taxes they generate- a key to ensuring that you have the funds to provide the goods in terms of the things that our citizens expect,” he added.

Councilman Barry Mansfield said, “I look at the CEP almost as an advertising agency.”

Acknowledging his family business has held membership for a long time with the chamber, Mansfield said, “I believe in the product. I believe in the CEP. As far as the money, you know the second they don’t return an ROI (return on investment), I’d be the first one to tell Kevin, ‘Hey, you know we’re fixing to cut your funds.’”

“I’ve had a lot of people tell me that the CEP gets involved politically. I don’t see it as much, although, you know, I think some of the members probably, you know, would individually get involved and I think that’s a prerogative, but I don’t hear it much from Kevin around here at all,” Mansfield remarked.

Mansfield said he gets calls from the public expressing concern that Ocala is growing “too much, too fast.”

“I think myself that the CEP is doing a good job bringing in all sorts of businesses…,” Bethea said.

“First, I want to say that the CEP has done a remarkable job over the last 10 years. I cannot argue with that. I think the CEP has had a great product to sell and that’s Ocala/Marion County, centrally located right off I-75, with a lot of undeveloped property. A good workforce. When they first started, we had unemployment rates at 12% and 14%. So, you know, it’s been a success story,” said Musleh.

However, Musleh said, when this arrangement was first entered into, the city’s support was not going to turn into “permanent support but would be phased out over time.”

Musleh indicated that in his perusal of the contract he found the CEP extending the city duties they were already performing for their members-not unique to the City of Ocala.

“They have a responsibility to their members to do all those things. I don’t see where we’re getting really any additional services out of the CEP contract. I don’t see how you can say that it’s worth us paying $190,000 to them,” he said.

Musleh favored instead the city becoming a member at a high partner level of around $20,000.

“They’ve done a great job. They have a huge membership. I want to be a member of the CEP. I want Ocala/Marion County to continue to grow. But we’ve got a ton of growth on our tables. I think we need to manage it. I don’t think right now it’s the prudent thing to do to enter into another contract with the CEP,” he said.

Although he could not vote on the contract, Ocala Mayor Kent Guinn spoke in favor of the contract.

“I appreciate, you know Councilman Musleh’s comments, but we’re not members; we’re the city,” Guinn said.

Guinn indicated that not entering into a contract with the city would put out a message that the city was “closed for business, to the State of Florida, and to anybody coming to Ocala.”

“I think we’ve gotten more than $190,000 return on our investment. Kevin mentioned something about keeping our millage rate flat because of all growth that has come in. I don’t have a vote in it, but that is my opinion,” Guinn said.

It should be noted that Guinn received substantial financial support from the CEP board members in last year’s mayoral campaign, both in direct campaign contributions and through PAC activity targeting his opponent, Manal Fakhoury, as a “A wolf in sheep’s clothing.” Guinn has not indicated whether he will run again for mayor but has expressed interest in running for a state office seat in the past.

Musleh acknowledged the flat millage rate due to growth but asked the council to think about how long they’d be able to maintain it expressly due to the growth.

Musleh raised the question of how long the city was expected to continue the arrangement and Sheilley shared in response, “The goal has been to grow our revenue to the point where local government represented 15% of our budget. We’re getting close to there, but we’re not there, I believe it’s very important that the city and the county have skin in the game of economic development.”

The only financial report by the CEP to local government that the Gazette could locate was one provided at the start of this year that had been added to the county’s agenda only for notation.

For the 2021 year, according to the report filed with the county, government revenue to the organization totaled 26% of the CEP’s revenue.

The Gazette has requested prior financial reports provided by the CEP to the county since January and followed up again recently on the request but had not received the financial reports by the time this article was published. Sheilley wrote the Gazette that the CEP has provided them to the county since 2013 but did not offer to provide copies to the Gazette.

Councilmember Kristen Dreyer countered Musleh’s concerns by stating the county paid more, and that the city was just paying its proportionate share. However, the Gazette’s calculations find that the city has paid more to the CEP in the way of cash, real estate and utility deals..