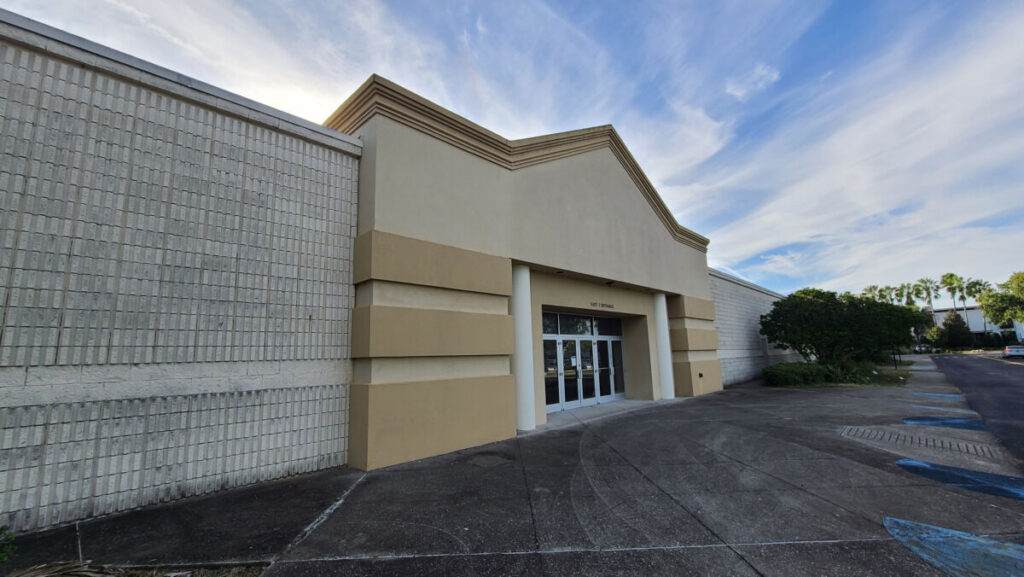 The former Sears department store site in Ocala has changed ownership and its new proprietors plan to turn the property into a modern retail and entertainment complex, according to a Tuesday press release by Tobin Real Estate which represented the buyer, BSD Capital.

The 12-plus acre site, acquired via private auction for $3.2 million, is located at 3100 SW College Road, and was formerly part of the Paddock Mall. Seritage SRC Finance LLC, an affiliate of New York-based Seritage Growth Properties, was the seller.

The total 148,857-square-foot redevelopment also includes an outparcel building that previously operated as the Sears Automotive Center. The two buildings were shuttered nearly four years ago after Sears Holding Corp., the parent company of Sears and Kmart, filed for bankruptcy and announced plans to close underperforming stores.

Now residents of Marion County can look forward to new options in the retail and entertainment scene soon.

“Our client plans to unlock the tremendous potential of this site,” said Tobin Real Estate Senior Vice President Louie Granteed, who is leading the project’s leasing efforts, in the release.

“The redeveloped space is suitable for a wide variety of tenants, including big-box retailers, groceries and entertainment operators,” he said.

The site’s proximity to the mall, which features anchor stores Belk, Macy’s, JC Penny and more than 90 specialty retail stores, as well as its location off the Southwest 27th Avenue business corridor and nearby Interstate 75, should benefit the development.

The Paddock Mall is the only enclosed mall in a 30-mile radius and attracts 3.3 million annual visitors from five surrounding counties.

“We are already getting significant interest from potential tenants,” said Granteed in the release.