Editorial: Takeaways from the Saddlebrook and Lake Louise development decisions 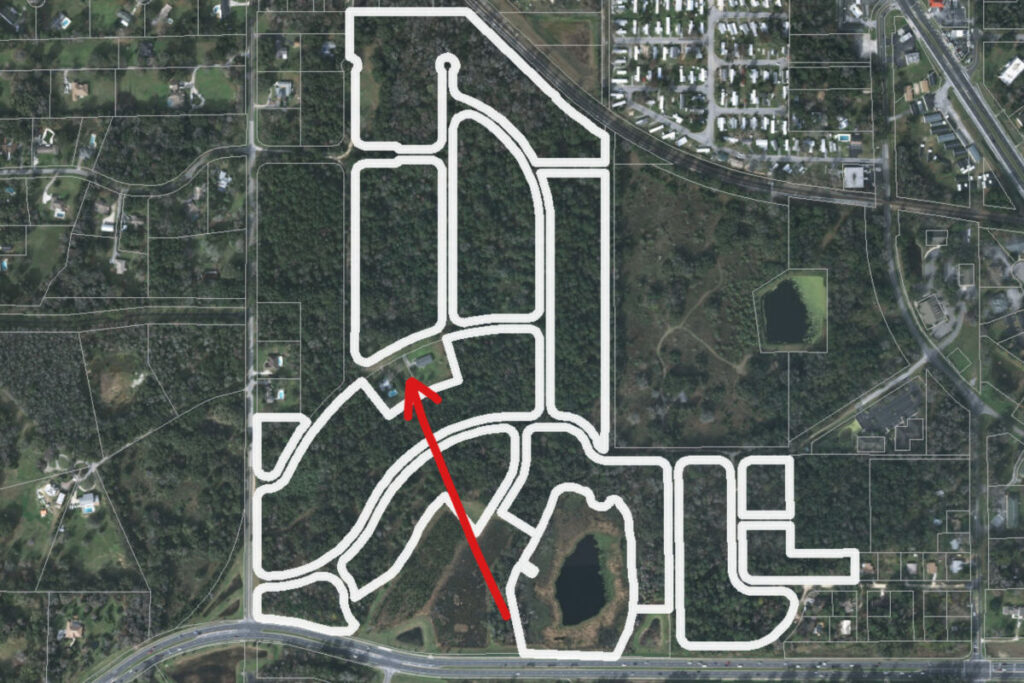 How would you like to be this county resident surrounded on all sides by new city zoning?

Sometimes, it seems development decisions that impact the citizens of Ocala resemble the worst of the crazy traffic on Interstate 75. We’ve felt our grip tighten on the wheel as we watch the interests of developers, the business community, government staff and elected officials all try to travel in the same direction without running anyone off the road.

If we’re being honest, sometimes it’s more akin to a speed track where winning has nothing to do with skill but on who has the best sponsors.

Take two recent major development decisions, one of which has the potential to add 1,200 multi-family units and commercial space to 88 acres in an area called Lake Louise that was recently annexed into the city and the Saddlewood development that proposed 300 units across the street from Saddlewood Elementary school.

In the case of Saddlewood, the council heard the residents who packed their auditorium on March 1, March 15, April 19 and May 3 to voice frustration about overdevelopment in southwest Ocala.

The gist of their concerns surrounded two issues: poor traffic conditions that already exist in the neighborhood and overcapacity in the district’s area schools.

The council’s proposed fixes were pretty weak. They could widen the main artery to four lanes – but only if they could find the money at some point down the road. As for overcrowded schools, well, they initially took the position that it was the school board’s problem.

As you can imagine, this did not sit well with the crowd that assembled.

But there was a breakthrough of sorts, and the public’s complaints were heard by the city council and the Saddlewood development was not approved.

The second development, near Lake Louise, included a slick passing maneuver by developer John Rudnianyn.  He got the city to annex the property thereby making the proposed development subject to city, not Marion County, land-use rules. This could increase the density of development from four units per acre to up to 18 units an acre.

On May 3, the council unanimously approved two ordinances to move those plans along, over the objections of a number of residents.

The outcry from the folks that live in the city limits might seem a little precious considering when they decided to move to the city, they had to understand they weren’t choosing rural living.

Yet city streets that lack sidewalks for their kids to navigate safely to and from school and “loading zones“ to certain businesses that clog roads are definitely legitimate complaints to bring to those tasked with overseeing city’s growth choices.

Many Ocala citizens who have been silently seething over development decisions now seem to realize their silence has been taken as consent for more growth. 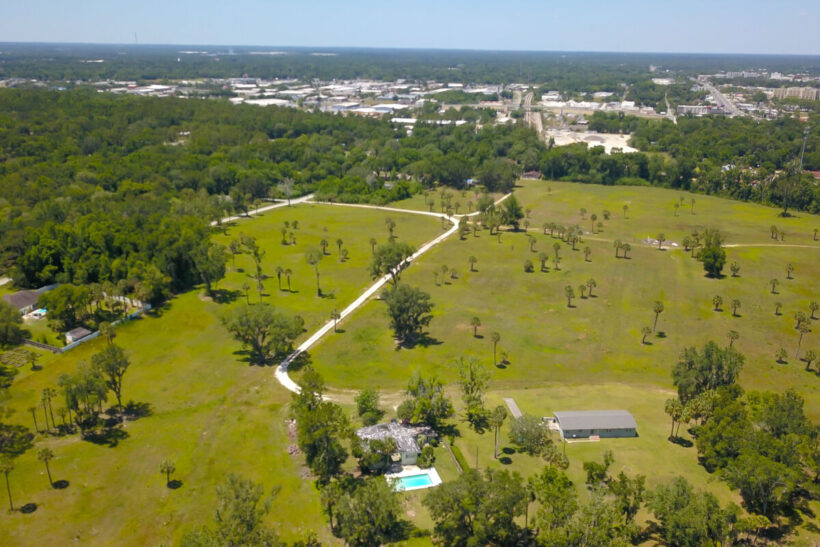 The lots of county resident’s back up to land recently annexed into the city limits and zoned for up to 18 units an acre. [Alan Youngblood/Special to Ocala Gazette]

As for the people who have chosen to live in homes in the county but now have developers stretching the city zoning up to their property line through annexation, you have our condolences.

Unfortunately, we think those in the county should expect more of these annexations as developers seek every opportunity to capitalize on the building boom and easy hook up to city utility services.

Developers, and attorneys for the developers, such as Fred Roberts at the May 3 city council meeting, are quick to point out the city has anticipated the need for this type of high density, which is why it’s included in the city’s land-use plans.

But plans can’t be made or executed in a vacuum. Our leaders need to take a holistic look at how these development decisions are impacting citizens.

Government and business leaders are quick to point out that development brings in jobs and money, including tax revenues to fuel the region’s economic engines. But it’s not quite that simple, as recent trends have shown.

The city and county are at full throttle on approving development plans to keep with business leaders’ advice that we need more “employment centers.” Yet, our school district, law enforcement agencies, city and county government all need workers. And more growth also means a greater demand for these services – a demand that is not being adequately met now.

When a government’s strategic goal of being an economic hub undercuts the quality of life for its residents, it’s time to pump the brakes and reevaluate. And since our local governments have outsourced economic development to the organization whose primary mission is to serve the interests of its business members, including developers and industrial warehouse speculators, the public needs to have its collective head on a swivel to understand the competing interests at play.

Citizens need to keep their hands on the wheel when it comes to steering the future of their community and that is going to require engagement. If you fall asleep at the wheel with everything and everyone going this fast, who do you think is going to sustain the most damage?

Elected officials, please create development and economic policy that can flex with the needs and challenges of the people.

We cannot applaud enough Marion County School Board member Allison Campbell, who heard the complaints of her constituents and came to city council not once but twice to explain there was no easy or quick fix to the overcrowding of schools located in that Saddlebrook district. She also pointed out the school’s population had risen since the city first inquired months earlier.

Is it too much to ask city and county’s growth management officials and school district counterparts to share notes on developments that meet a certain threshold, then make this vital information available to the public for each development choice? After all, the city/county line means little when it comes to traffic flow or which part of the city’s population the school districts serve.