The developer’s lawyer promises council they’ll file a petition for relief from the city’s zoning denial. 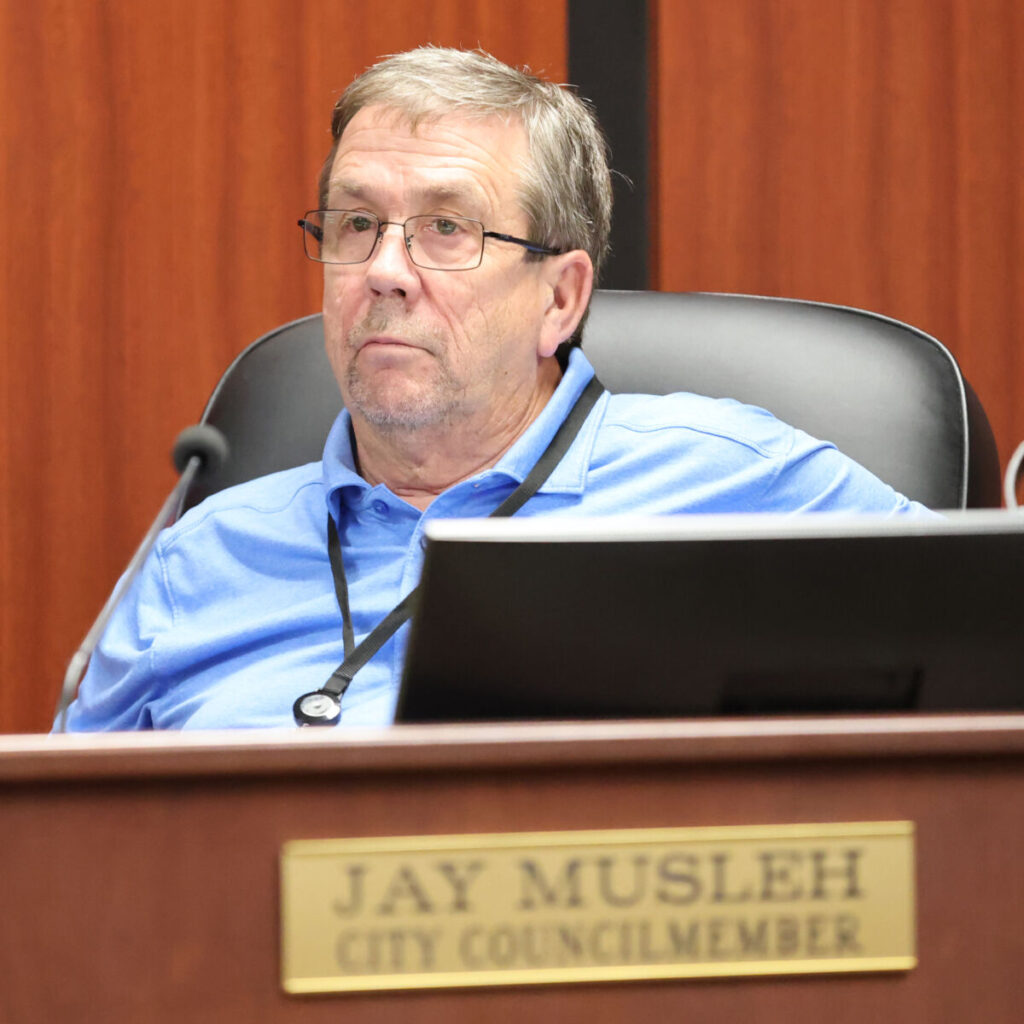 The Ocala City Council on Sept. 20 voted 4-1 to deny a zoning request for a Georgia company to build a multifamily residential development consisting of up to 288 homes on 15 acres on Southwest 43rd Court, across from Saddlewood Elementary School.

The last time the development was considered and denied by the council was on May 3, and it was standing room only in the chamber and the lobby. Residents had packed the auditorium on March 1, March 15, April 19 leading up to the May 3 vote to voice frustration about overdevelopment in southwest Ocala.

The gist of their concerns surrounded two issues: poor traffic conditions that already exist in the neighborhood and overcapacity in the area’s schools.

In June, the developer, Catalyst Development Partners II, LLC, filed a petition disputing the city’s denial of R-3 multifamily residential zoning denial. According to the city’s meeting agenda, the parcel was annexed into the city in 2005 pursuant to the owner’s request, but no city zoning was assigned, leaving the property in limbo for development.

Fred Roberts, attorney for the applicant, argued to the council the city had previously anticipated future land use for the property to be “Medium Intensity/Special District,” which would allow for a minimum of five units per acre and a maximum of 30 units per acre. The developer’s proposal, he said, was well under that maximum.

Another change since the May 3 denial was that the city has received funding to widen the main artery that runs between the school and proposed development from to lanes to four.

Since the current two-lane road is severely congested when school is in session, city staff and council have tried to figure out the best schedule to add the additional lanes and route the developer’s construction traffic.

City engineer Sean Lanier told the council the city could widen the road in six months, well before the developer started construction in about a year. Council member Jay Musleh voiced doubt about that timeline.

Ultimately, that discussion between the council and Lanier about the timeline for the city to bid out and complete the NW/SW 44th Avenue Road extension project led the council to deny the rezoning request for the housing project. 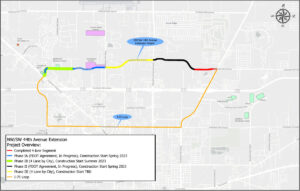 Mansfield was the only council member to vote to advance the project, saying the road widening could be completed substantially before the housing units were built out. As to the school capacity issue, Mansfield told the council the magistrate who heard the initial hearing from the developer after the last denial told Mansfield he could not consider the issue in the city’s decision.

As for overcrowded schools, there was no mention of any long-range plan for addressing school capacity by the council in their zoning consideration or developer agreement only confusion about whether the city council could factor it into their denial.

Musleh asked for guidance from attorney Clifford Shepard, with the law firm Shepard, Smith, Kohlmyer & Hand, P.A., which the council just hired to handle land-use matters until the city’s new in-house legal team is established. Shepard was there to answer council questions in place of Robert Batsel and Jimmy Gooding due to conflicts of interest.

“I’d like to ask point blank can we consider school concurrency in this decision?,” Musleh asked.

“I think the answer is “no” because I’ve done some research based on some information that was provided to me by the city and reading on where we stand,’’ Shepard said. “I don’t know how in-depth you want me to go, but basically what I understand to be the facts are that there is an existing interlocal [agreement] with the school board that this would not violate.

“And one of the problems that has been raised, and apparently a valid one about school capacity, has to do with the fact that not enough schools have been built. That is based on a decision that none of you all have made not to have impact fees to support building of schools,” Shepard added.

“Where that leaves you as a council in considering school capacity, which you ordinarily might consider, where there has been there an opportunity in good faith to build schools, you will be left writing the check to the developer who doesn’t get a properly approved project if at the end of the day the basis is schools that you have no control over building, and weren’t being built by the school board,” he said.

Shepard acknowledged that the parties were in the process of working on a new interlocal agreement. However, the Gazette has previously reported this agreement establishes no level of service or any of the required language or actions by local government to implement school concurrency or remediate the current over capacity problem.

Musleh responded to Shepard’s explanation: “So that takes school concurrency off the table. Anybody who said we have school overcrowding issues, I hate to say this but it’s not on us. I don’t like that, but it’s the ballpark that we are in right now. I still have other issues, though. Number one the lack of the road being done and trying to have construction out there at the same time.”

When the development was denied in May, Saddlewood had 945 enrolled students, according to Florida Department of Education (FDOE) data, with 138 more students than capacity or 124.91% over capacity.

This year, Liberty Middle has 1,358 enrolled, 53 more students than projected this year by the district.

The high school that will service this additional development, West Port is well over recommended capacity with 2,931 enrolled, up 177 students from when council was last informed that the school was over capacity.

Marion County Public School projects the proposed development would house “27 elementary, 11 middle and 12 high school” students. The school district estimates are based on 2006 Educational System Impact Fee Study multifamily student generation rates. The district is working toward a new study that should be completed “mid-2023.”

At the May 3 council meeting, Tye Chighizola, director of Growth Management for the City of Ocala, showed a map to the council illustrating 16 projects in the corridor that Saddlewood Elementary is positioned within, equaling a possible 8,600 units, many of which multifamily or mixed-use.

Roberts promised the council that the developer would continue with their dispute, to which Musleh responded, “We know it’s not going away.”