Gray areas ripe for conflicts of interest and questions about the hierarchy of the new legal department remain. 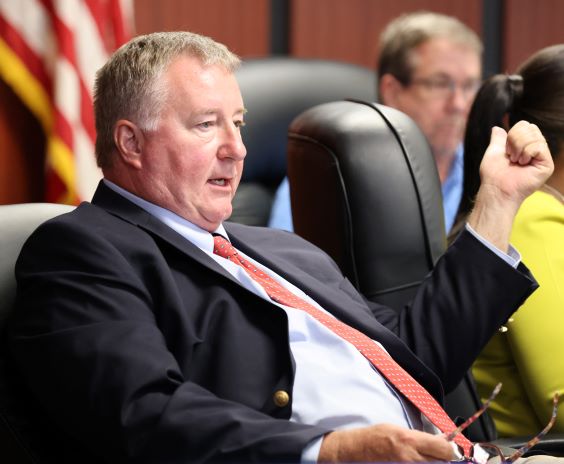 Anticipating the departure of Robert Batsel and James Gooding as city attorneys on Oct.31. the Ocala City Council has finalized three attorney contracts, two of which will provide legal services until the city’s new in-house team is up to speed.

During the Sept. 20 council meeting, the council approved a contract for William Sexton to become the city’s new chief legal advisor with an annual salary of $200,000 plus benefits. The contract begins Oct. 1 and concludes on Sept. 30, 2024.

Sexton now serves as the attorney for Bradford County and the City of Hampton and the City of Waldo. The council gave Sexton 60 days to wind up representation of Bradford County and one year to continue also representing Hampton and Waldo. Under the contract, Sexton cannot represent any other entities other than those referenced in the contract and will serve only the Ocala City Council.

Sexton will be responsible for building the rest of the city’s in-house legal department and the city has estimated that department’s budget at $1 million.

Due to concerns about how long it will take to get the department staffed and functioning, the council has sought to contract with private law firms to fill gaps in the interim.

On Sept. 6, the council met with Clifford Shepard with the law firm Shepard, Smith, Kohlmyer & Hand, P.A., on the recommendation of the departing lawyers. The council hired the firm to advise them primarily on land use matters until the in-house legal department is fully staffed. The hourly rate under the annual agreement is $325, and fees are not to exceed $150,000 annually.

The council also approved an annual contract with the firm of Gilligan, Anderson & Phelan, P.A. on Sept. 20 for up to $250,000 in fees at the rate of $325 an hour. The contract states that the firm will serve as “legal advisors to the City, City Council, City Manager and all City departments, offices and agencies, and shall represent the City in those legal proceedings currently pending and shall perform any other duties as prescribed by the Council, City Manager, City Attorney, City Charter or the City Code of Ordinances.”

The Gilligan firm has held the position of Ocala city attorney for the past 30 years. However, last March, the city council departed from its history of retaining a local law firm to provide legal services and instructed city management to start the process of building an in-house legal department.

The contract for the current city attorneys–Robert Batsel Jr., Jimmy Gooding and Patrick Gilligan—ends on Oct. 31. Batsel and Gooding had announced last year that they would be splitting off from the firm, now called Gilligan, Anderson & Phelan, P.A., and focusing primarily on representing their developer clients. They would continue, however, to share office space with their former firm and finish their contract with the city.

Their contract paid the law firm approximately $1 million per year. The city expects to spend $1 million annually on the new in-house team.

In recent months, the Gazette has highlighted potential and real conflicts of interest between the outgoing law firm and the developers the firm also represents, who often come before the council on business matters.

Again, the Gilligan firm contract approved on Sept. 20 holds a conflict-of-interest clause that states as follows:

8.1. Gilligan has advised City, and City is aware, that Gilligan and Gilligan Firm attorneys represent not only City, but also private persons and entities (collectively, “Other Clients”) 3 in the municipal limits of City and surrounding areas, and that occasionally, such Other Clients – and particularly developers or contractors – have relationships with, or seek approvals from, City.

8.5. City Council may supplement the provisions of this paragraph 8 by resolutions or other rules.

When the new Gilligan contract came before the council for approval, there was no discussion about the conflict-of-interest waiver.

During previous interviews of the city attorneys, there was an attempt to delineate the duties and obligations they owed the city, with Gilligan primarily focused on the city’s litigation matters, Gooding on land-use issues, and Batsel Jr. the day-to-day legal considerations of the city.

They also attempted to describe self-imposed barriers that would allow Gooding to represent developers such as the Roberts family, principals behind the latest big development–The World Equestrian Center (WEC) –while Batsel Jr. could approve contracts for the city that benefited the developer and draft or negotiate interlocal agreements between the city and county government related to development.

What are the Florida Bar rules about conflicts of interest?

Rule 4-1.7 of the Florida Bar Rules & Standards, related to professional conduct of lawyers, states that a lawyer must not represent a client if 1. The representation of one client will be directly adverse to another client; or 2. There is a substantial risk that the representation of one or more clients will be materially limited by the lawyer’s responsibilities to another client, a former client or a third person, or by a personal interest of the lawyer.

In the case of the city attorneys’ conflict-of-interest waiver, no specific clients were identified, only industries. No separate specific conflict memos could be identified by the attorneys or city staff.

On Sept. 21, the city manager’s chief of staff, Christopher J. Watt, Esq. responded to the Gazette’s inquiry about whether there were sperate writings that about the conflicts.  “I am not aware of any memos explaining the conflict-of-interest clause in the Gilligan firm retainer agreement,” he wrote.

Other questions that remain

Although Sexton has been named the city’s chief legal advisor, his contract does not have him specifically supervising the work of the two law firms now under contract.

In fact, the contract with Gilligan states that the firm works as “legal advisors to the City, City Council, City Manager and all City departments, offices and agencies, and shall represent the City in those legal proceedings currently pending and shall perform any other duties as prescribed by the Council, City Manager, City Attorney, City Charter or the City Code of Ordinances.”

This contract seems to allow city staff and city council access to the Gilligan firm outside of the management scope of Sexton, an arrangement that could lead to complications and, perhaps more importantly, be outside of Sexton’s oversight to safeguard the council from potential legal conflicts of interest.

Notably, the Gilligan firm’s contract was passed without any discussion by the council of the ongoing process of refunding $80 million in illegal fire fees to Ocala Utility customers, the largest such tax refund ordered by the courts in Florida’s history. Nor was there any reference to numerous federal rulings during the last two years finding ordinances drafted and defended by the firm as “unconstitutional” and requiring millions in payouts to defendants and attorneys by the city.