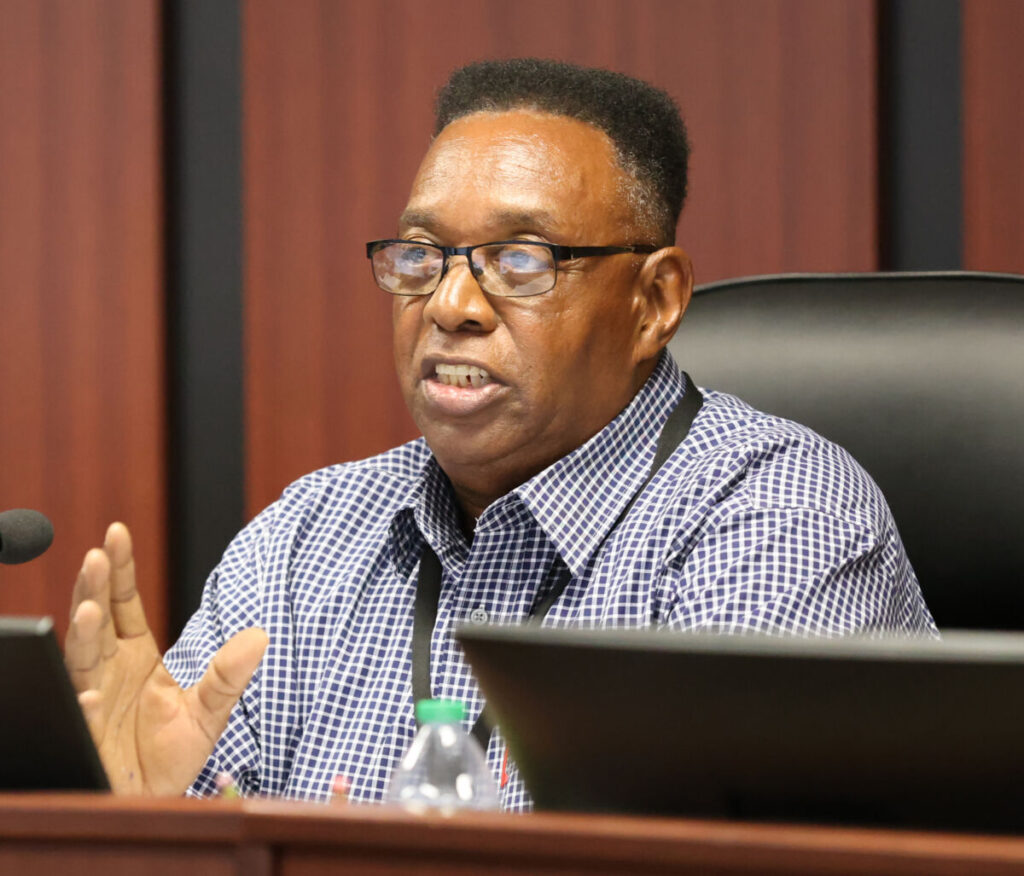 The Ocala City Council approved the sale of alcohol at a proposed 7-Eleven store at SE 25th Avenue and Maricamp Road during a Sept. 20 meeting, the fourth hearing on the question after two previous ones ran afoul of filing issues.

After city staff found the hearing on Aug. 16 didn’t meet the statutory requirements for sufficient public notice for affected area residents, a new hearing was set for Sept. 6. That hearing was also postponed when staff confirmed errors for listed parcel numbers in various case documents as reported by the Gazette previously.

Residents of the nearby Woodland Villages community, some of whom spoke against the request during the hearing, were visibly discouraged after the vote. One was overheard saying, “Well, it’s time to move.”

Michael Sizemore, the Woodland Villages Master Homeowners Association president said, “I was gaining confidence that they might overturn it and deny. The council was given good facts about the matters. I was disappointed. I don’t know how they can sit there and not give any response or reasoning or rationale [for their votes], just no reasoning on the matter. Their silence was striking.”

Sizemore, several other Woodland Villages residents and an elder from the Maricamp Road Church of Christ spoke in opposition during the public comment portion of the hearing. Concerns focused on the 24-hour operation of the store, safety of nearby residents and the church’s daycare center, car traffic and possible pedestrian traffic from slated apartments already approved for development farther south on SE 25th Avenue.

Sizemore noted in the hearing, “These gas stations are sucking up a lot of police time,” citing over 1,700 calls in a 16-month period to one RaceTrac convenience store in Ocala. “We simply do not want that alcohol permit so close to our community,” he stated. “It’s about the people who live over there and their health and safety.”

The proposed 7-Eleven would be a 24-hour convenience store selling gas, beer and wine as well as general merchandise with access from a proposed new roundabout on SE 25th Avenue and Maricamp Road. The site is just east of the Insight Credit Union and across the street from the Woodland Villages communities.

Brad Tropello, another Woodland Villages resident, also spoke at the previous hearings and brought additional documents to be entered into the record. 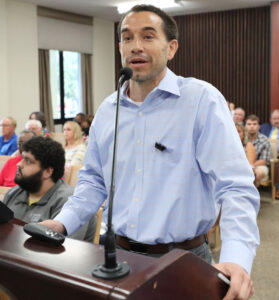 City ordinances allow council to deny licenses or zoning due to proximity to residential areas, increased criminal activity due to the alcohol location, the hours of operation, incompatibility, congestion and overcrowding of an area.

Sizemore said during the hearing that he felt the proceedings were always “weighted toward the applicant,” noting that developers have more time in discussions. “Applicants are given all the time they want to take and there are no restrictions on applicants speaking to a council.” But for members of the public, “Boy, they quickly admonish you at the three-minute mark.”