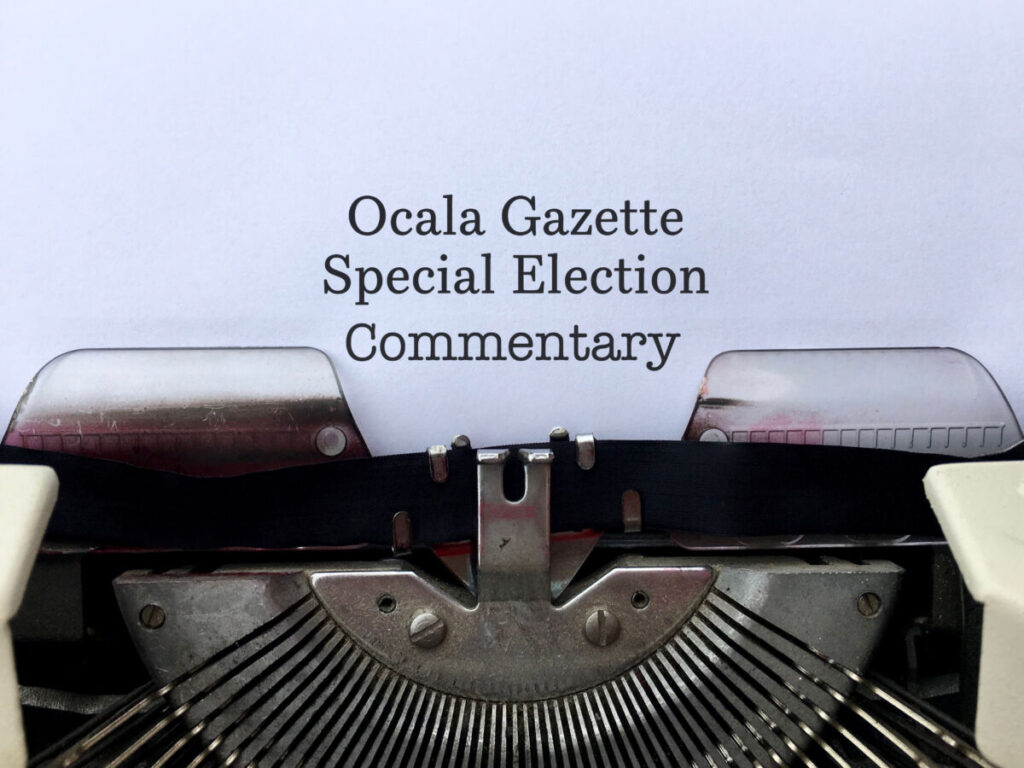 With only six weeks to go before the March 7 primary election to fill the vacant Florida House District 24 seat and with ballots already being mailed out, the five candidates—all Republicans—are ramping up their campaign activity.

There is very little variation to their campaign messaging, however. If we asked for the most conservative, most pro-Gov. Ron DeSantis candidate to rise, they’d all trip over each other to stand up first.

Campaign literature mailed out by Ryan Chamberlin and Charlie Stone have photoshopped images of DeSantis behind the candidate as if to imply that DeSantis is backing them. Candidate Jose Juarez didn’t use the governor’s image, but he claimed on his mailer that he is “the most pro-DeSantis candidate.”

We reached out to DeSantis’ office to ask if they could provide some clues to help voters decipher which candidate was endorsed by the governor. We have had no response to multiple inquiries.

The candidates in the primary race are Charles Stone, Stephen Pyles, Jose Juarez, Ryan Chamberlain and Justin Albright, and they will face a write-in candidate Robert “Foxy” Fox in the general election if Fox does not withdraw. The first financial campaign reports from candidates and PACs intending to impact the race are due to be filed this week, Jan. 27.

The first PAC mailer in this election was from the Conservative Leadership Fund against Stone. The mailer makes the sweeping claims that Stone’s voting record would make President Joe Biden proud and that Stone “betrayed” former President Donald Trump, DeSantis and the state. It also says that Stone, who served as the Florida House District 22 representative from 2012-2020 before it was redistricted, would violate the spirit of term limit laws if he were elected.

One of the allegations of the mailer is that Stone supported tax-funded tuition for “illegal immigrants.” Stone said he, along with the majority of the Legislature and Governor Scott at the time, supported a measure that would allow students who had gone through the Florida public school system, regardless of whether they were brought to this country illegally by their parents, to be able to apply and receive scholarships such as the Bright Futures Scholarship, if they qualified.

“These were kids who had been in our country going to our schools their entire lives, really applying themselves to earn exemplary grades,’’ Stone told the Gazette. “It was the right thing to do.”

As for term limits, Stone noted other representatives in the House have left because of term limits only to return following a hiatus. He said he had no intention of doing so but is only re-entering politics due to the circumstances. Ocala Republican Joe Harding resigned the seat on Dec. 8 following an indictment on several federal charges alleging fraud in a pandemic-related small business loan program.

Financial records filed with the state by the Conservative Leadership Fund PAC reflect a significant amount of money was paid to Front Line Agency, the same agency consulting on Chamberlin’s campaign. Chamberlin disavowed having anything to do with the PAC mailer and said he had nothing against Stone and considered him a “really nice guy.”

Chamberlin said he didn’t find the mailer to be offensive. “I got it in the mail,’’ he said. “I didn’t see any attacks on him personally. I saw it as challenging his record.”

Chamberlin said he expects more PAC attacks against not just Stone but all the candidates. On Jan. 19, shortly after the mailer came out, he issued a clean-campaign pledge to the other candidates. He asked the candidates to agree to stick to the issues and not talk about each other. However, Chamberlin clarified that talking about a candidate’s background was “sticking to the issues.”

Given his campaign’s connection to the mailer, that challenge came across as disingenuous to the other candidates and this newspaper.

Stone and Juarez dismissed the pledge as a campaign ploy.

Juarez said of the proposed pledge, “It was worse than a political ploy, it was a disingenuous attempt at a cover-up.  State campaign records show my opponent is using the same consultant as the political committees who are lobbying this attack.  There is no doubt his campaign and those attacks are coordinated. It is very disappointing.”

Stone added that all of the candidates in the race, except for Chamberlin, sent messages directly to him or through other people that they did not have anything to do with the mailer and felt it was untruthful and in bad taste.

For his part, Chamberlin told the Gazette, “I’m not anti-Stone, or any of the other candidates. I’m just pro-Ryan.”