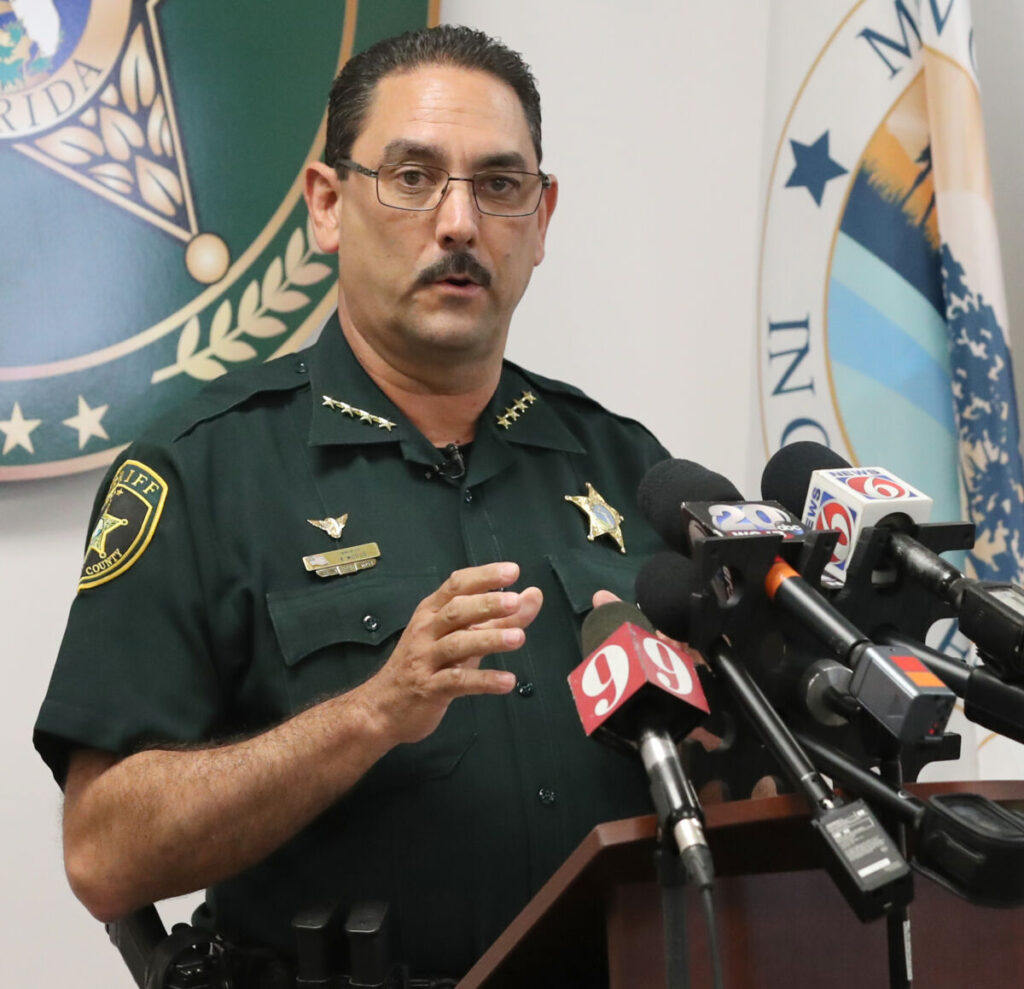 For media outlets making money per click, churning out crime blotter content, especially mugshots, has historically been a sure bet for drawing attention to their website.

Because that type of “reporting” has no journalistic value without context, many reputable news agencies have discontinued the practice, aware that sharing it can advance stereotypes about crime and create long-term damage to those who might find their lives ruined before they even enter a courtroom.

But some law enforcement agencies have embraced the practice, using the content not just to build an online audience on the public’s dime but also to bolster their image of being tough on crime–all of which becomes very valuable during election time.

The Marion County Sheriff’s Office’s public information office has proclaimed itself to be THE source for information about crime in the county. The agency consistently posts arrest reports on social media, often with high-quality production video content. The MCSO is mimicking a traditional news site, only without the journalistic integrity necessary to minimize harm.

The most egregious example is the sheriff’s policy of posting booking photos of minors on the agency’s social media accounts. Florida law generally protects the identity of minors from the public eye when they are charged; however, if the arrest is for a felony, certain information becomes public.

Recently, the MCSO posted the mugshot of a 13-year-old boy who made threats on the online platform Snapchat about bringing a gun to school, which turned out to be a realistic-looking BB gun. The sheriff’s office is to be commended for its swift action in mitigating the incident. But the message to parents about the incident would have been just as effective without the name and photo of the teen, since he didn’t represent a continued threat to the community.

We don’t have to be scientists to understand that the brain of a 13-year-old boy is not yet fully formed, and what drives a teen’s decision is not always rational. And, without dismissing the seriousness of the alleged offense, we must also be careful not to prematurely impose a label on a teen that will follow him the rest of his life.

Every post to social media by any government entity becomes a public record. While a minor’s court records are sealed, the social media post alleging a crime lives on forever. Even if the teen is acquitted or the case is resolved without a prison term, the teen is left trying to remediate their life facing consequences that are not commensurate with the offense. That is not justice.

And for many one-time offenders trying to do the right thing, the community suffers because it’s best for all who err to return to productive society as quickly as possible.

Additionally, any reporting outlet that seeks to deliver fair and accurate reporting on crime needs to follow through. Imagine how unfair it is to be publicly accused of something as heinous as child molestation and, if the charges are dropped or if the person is acquitted, the public hears … crickets.

The ethical and accuracy concerns about the MCSO’s “news” reporting also extend to how it shares information with the public about its employees’ conduct. Take, for example, a recent report about the death of an inmate at the hand of six detention officers.

The initial press release portrayed the inmate as seemingly solely responsible for the actions that led to his death. The report not only protected the identities of the detention officers, it did so under Marsy’s Law, which is designed to protect crime victims, even though none of the officers were injured.

What the press release did not explain is that the inmate was mentally ill and had been arrested for resisting a civil order removing him from his home by his elderly parents, who could not find help in the system to handle him. A public records search revealed no other criminal history for the inmate, and the sheriff’s office said he was in their jail under a “suicide watch.”

The sheriff’s office’s social media post and press release did not include any of that context, missing what could have been a teachable moment to shine light on the struggle of so many mentally challenged people who wind up in our criminal justice system without actually being criminals.

As for mugshots, the policy of the Gazette is not to publish them unless there is a threat to the community that can only be identified using the photo or unless the person has been convicted of a crime by a jury. When we report a crime, it is always with the mindset the person is innocent until proven guilty. And if we report they are charged, we strive to follow up with the outcome.

For example, when we recently reported Florida House Rep. Joe Harding was indicted on several federal felony charges, we committed to follow through with the rest of the case. We owe it to our readers, and we feel we owe it to Harding to tell the full story of the circumstances that ended his political career.

If the sheriff wants the community to “Trust news from reliable sources (right here),’’ the community needs to hold him to the same standards of ethics and accuracy that guide legitimate news organizations.

For starters, the public should join us in asking the MCSO to stop posting mugshots of minors unless there is a compelling reason or threat to the community. Doing so would demonstrate an understanding that there is more to keeping a community safe than demonizing youngsters who still have a chance to turn their lives around.