Balken wants public to give more than just money to combat the opioid crisis, says education still the key 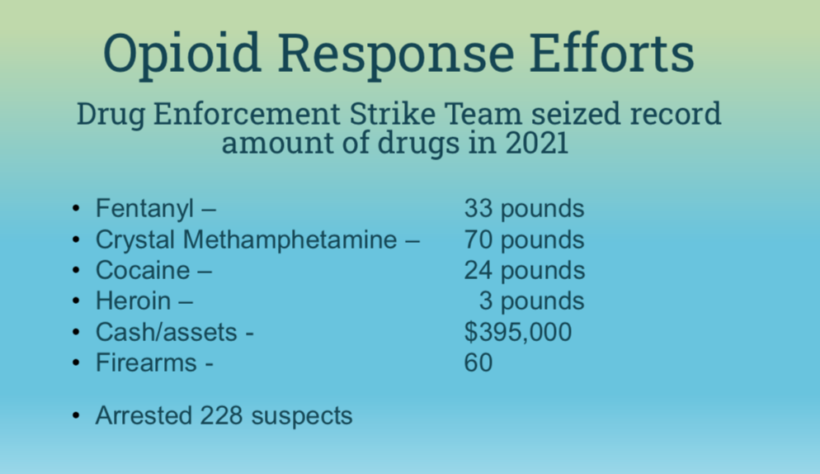 [Image supplied by the city]

The opioid crisis in America is pervasive, admitted Ocala Police Chief Mike Balken, adding that education, more than just money, is needed most to help solve the growing crisis.

It all starts with education, he said in an April 7 interview. Balken has tried for decades to address the drug abuse issue through programs such as D.A.R.E., Big Brothers Big Sisters of America and other similar mentorship initiatives within local school systems.

But this method, he conceded, has been less successful than he had hoped.

“I’m not going to say that it’s been a failure, because we don’t know what would have happened had those programs not been in place,’’ he said. “But they haven’t accomplished all that they could.”

The chief thinks the public needs to understand that law enforcement is seeing younger and younger victims of opiate overdoses and fatalities every year—and it’s only getting worse.

According to research released by the American Medical Association on Feb. 15, teenage deaths due to fentanyl abuse in the United States are “soaring,” and Black teens are being hit the hardest.

Overdose deaths among Black teenagers linked to the synthetic opioid, which is 80 to 100 times stronger than morphine, have increased in the United States nonstop over the past two years, according to the Centers for Disease Control and Prevention.

“We expect to see these numbers go up even more,” added Balken, referring to the national trend, “just because of the sheer power of this drug. It is truly frightening.”

The Ocala Police Department (OPD) allocates much of its resources to preventing the crisis from growing within its user base, he said. But ultimately, the main goal of law enforcement is to go after the dealers.

Dealers, according to the chief, often sell other drugs, such as marijuana, which they will sometimes lace with fentanyl in order to get more people addicted to the opioid and thus grow their customer base.

Fentanyl is now being sold in pills, said Balken, for users who don’t want to use needles. This has spread fentanyl to people more comfortable with taking drugs in an over-the-counter form.

Typically, opioid users who are experiencing overdose symptoms and seek medical attention do not get arrested, according to Balken, due to Florida Statute 893.21.

The reason for that, he explained, is to encourage those who need medical help to seek it. The state doesn’t want fear of being arrested to stop someone from receiving potentially lifesaving help—and neither does the chief.

“There’s an entire community of people who care and are throwing education, money and resources at this problem to try and stop this crisis,” said Balken. “At the end of the day, we want to help as many people as we can get out from under the weight of opioids if they want the help.”

To read what Chief Balken said on non-resident offenders and his idea for a new four-quadrant patrol structure in the city, click the respective hyperlink.