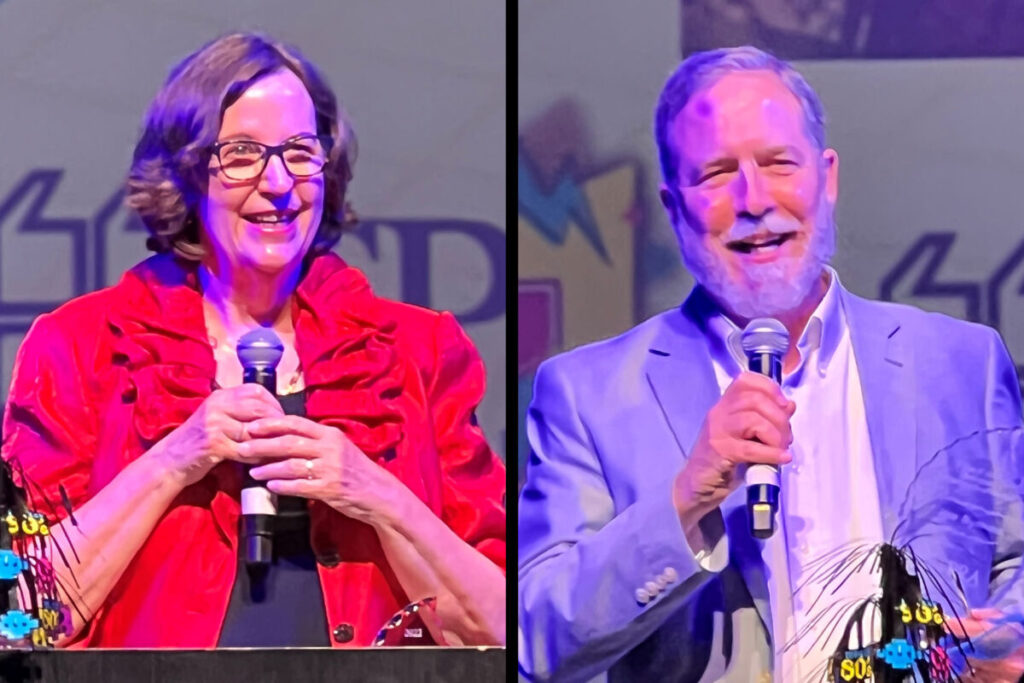 The Ocala Chapter of the Florida Public Relations Association gathered on April 13 at the downtown Marion Theater to give out a series of awards.

The awards banquet bestows annually, in honor of Wilton F. Martin, a “Communicator of the Year” Award to an individual and institution that has “demonstrated excellence in strategic communications to improve the quality of life in Marion County,” according to event officials.

Award presenters Lisa Varner and Allison Campbell informed the audience that Wilton F. Martin was a native Ocalan who first got his start as a reporter at what is now the Ocala StarBanner and cofounded the state public relations association in 1938, all while serving as the Silver Springs publicity director.

Varner told the audience regarding Byrnes nomination, “Ever the versatile veteran reporter and editor, Joe joined NPR’s flagship station in Orlando two years ago offering specific focus on Ocala/Marion County, The Villages and surrounding communities. This past year’s highlights included interviews and features about the Groveland Four, the 10th anniversary of Trayvon Martin’s death, a feature on efforts to preserve the vacant Rosenwald School in Okahumpka, and a feature on the first new Glass Bottom Boat at Silver Springs in 30 years.”

“Following an engaging meeting with the Florida Department of Environmental Protection, the Free the Ocklawaha Coalition was formed, spearheaded by Margaret Spontak. Communications and legislative efforts have included branding and website creation, a bound leader briefing book, mounted maps, newsletters, tours, surveys and more. Since the initial organization retreat of 25 conservation organizations, the group has now grown to 60 members in two-and-half years,” Varner told the audience.