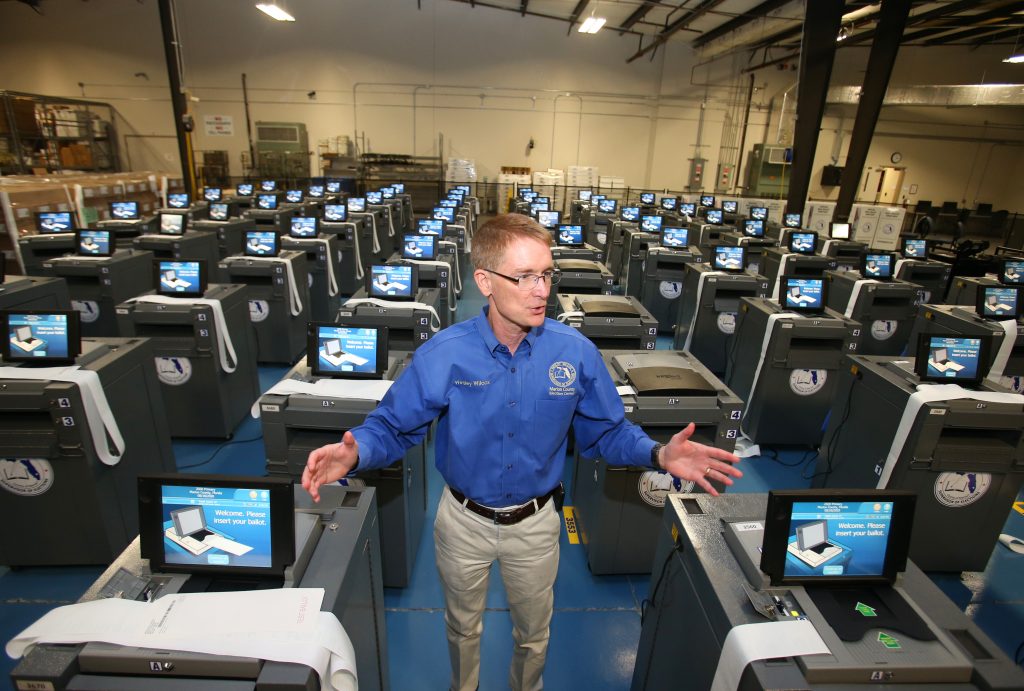 Marion County Supervisor of Elections Wesley Wilcox talks about Vote By Mail ballots as he is surrounded by ballot machines at the Marion County Election Center in Ocala, Fla. on Monday, June 29, 2020. [Bruce Ackerman/Ocala Gazette] 2020.

Wilcox’s office has drafted a new flyer to be sent to voters that provides tips on how to obtain a mail-in ballot, and states that voting by mail, or VBM, is “convenient and secure” and features “no lines or crowds.”

Wilcox’s advocacy for VBM emerges as mail-in ballots have landed in the crosshairs of controversy. President Donald Trump, U.S. Attorney General Bill Barr and other Republicans have condemned the idea of universal VBM nationwide, while Democrats are pushing that it be adopted or expanded for the fall elections.

But the controversy indicates that conservatives and liberals are talking past each other on this issue.

Back in May House Speaker Nancy Pelosi and other Democratic leaders added $3.6 billion to a COVID-19 relief bill for a national VBM initiative for all states.

Their argument is that mail-in voting should be encouraged, if not mandated, so turnout won’t be suppressed as people feel concerned about contracting coronavirus by visiting the polls.

Trump, Barr and other Republicans counter that all-mail elections increase the risk of tainted results. In an interview with Fox News last month, for instance, Barr argued that universal mail-in voting across the country could “open the floodgates of potential fraud.” That, in turn, “could take the country to a very dark place, if we lose confidence in the outcomes of our elections,” said Barr.

The retort by Democrats and the national media has been to highlight alleged hypocrisy, noting that Trump himself, Vice President Mike Pence and other top administration officials have routinely cast mail-in ballots.

But their argument lacks nuance. 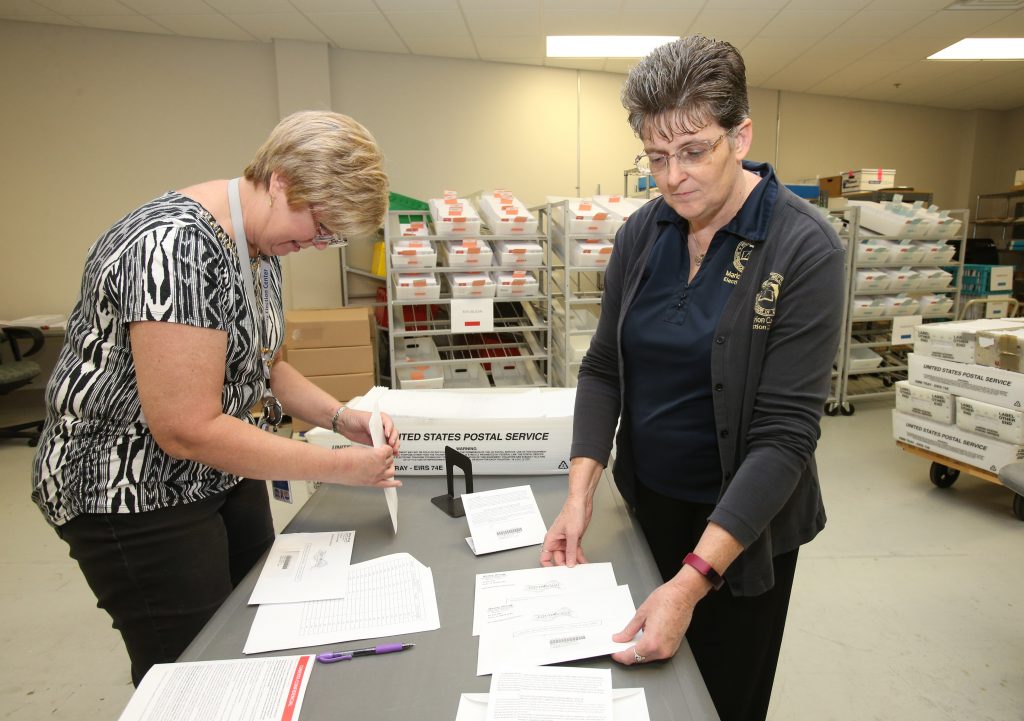 Critics like Trump and Barr do not oppose individual voters requesting mail-in ballots from their local election officials, which has become an increasingly popular way to vote, and which has been shown to be largely secure.

When they refer to fraud, which does crop up from time to time with mail-in ballots, critics of universal VBM reject the idea of states just issuing ballots to all voters.

The Wisconsin primary on April 7 underscores the critics’ point.

As fear over COVID-19 escalated, Wisconsin’s Democratic governor moved to postpone the election. The Republican-majority state Supreme Court rejected the plan, saying the governor had no legal authority to unilaterally change the election date.

The election went forward. More than 400,000 voters went to the polls, and officials attributed relatively few — between 50 and 70 – new coronavirus cases to voting.

Yet as a Washington Post analysis pointed out, turnout in Wisconsin was “extraordinarily” high because of a “staggering number of absentee votes.” Nearly three-quarters of the votes cast arrived by mail, done at the request of individual voters and not because the state issued those ballots universally.

Wilcox understands the distinction in the debate.

“I vote by mail, and my family votes by mail,” said Wilcox, referring to his wife and three voting-age sons. He added that he wouldn’t encourage voters to trust a process unless he himself believed it was secure and reliable. 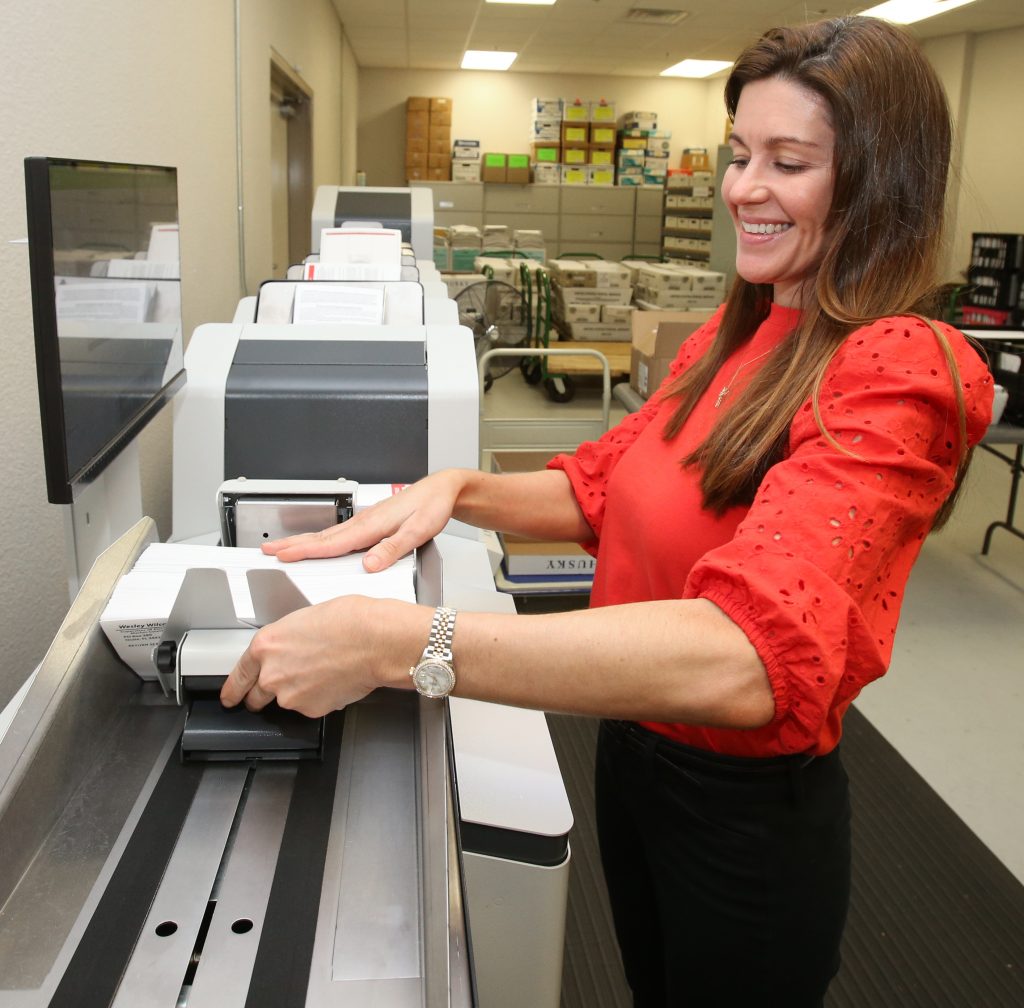 Cristi Zaharias, a deputy Supervisor of Elections, loads envelopes into the Vote By Mail inserter as she works to prepare Vote By Mail ballots at the Marion County Election Center in Ocala, Fla. on Monday, June 29, 2020. [Bruce Ackerman/Ocala Gazette] 2020

“I’m not going to do anything that jeopardizes my right to vote,” he said.

But Wilcox said he personally opposes mandated universal VBM, and noted that the state association of elections supervisors, of which he is president-elect, did not recommend that to Gov. Ron DeSantis when crafting a set of ideas on how to vote amid the pandemic.

The National Conference of State Legislatures reports that just five states – Colorado, Hawaii, Oregon, Utah and Washington – conduct all elections by mail. Another 16, including Florida, permit VBM for local elections under certain conditions.

But while the process provides convenience and a strong guarantee that ballots will be counted accurately, it also presents some issues.

The NCSL points out that a lack of “uniform” mail delivery among all segments of the population is a shortcoming of VBM.

Wilcox agreed that “undeliverable” mail is problematic with universal VBM.

The Data & Marketing Association, a national organization representing more than 1,000 firms that rely on direct-mail marketing, says that as much as 10 percent of direct-mail pieces “could be returned undeliverable or mistargeted due to moves or circumstantial changes in demographic compatibility.”

The NCSL also notes with VBM vote tallying can be slow, delaying results for days, if not weeks, in places that allow ballots to be postmarked on election day.

And security is a concern. “During all-mail elections (and absentee voting),” the NCSL says, “coercion by family members or others might occur.”

“The states that do it do it very well,” Wilcox said. But “it’s not something that can be fully mandated at the flip of a switch. They built that process in a very controlled manner.”

Wilcox said his office’s experience provides an example of why the supervisors’ association opted against recommending broader use of VBM.

Wilcox said he sought to acquire another high-speed ballot reader to ensure his agency had the capacity to process a spike in mail-in votes, if necessary. Yet he learned that the earliest he could get that machine was next year.

“We (as a state) don’t have the infrastructure to process the ballots,” he said.

Still, as far as individual voters who want to use mail-in ballots, Wilcox encourages them to do so.

As his website points out, “Voting by mail is easy and accurate!”