The facility’s board of directors announced on June 30 that it is moving forward with a planned $4 million construction effort that will renovate part of the existing facility and add new features.

Work is expected to begin within the next 60 days and be completed next summer.

While entertainment ventures are dicey these days because of wariness related to COVID-19, the board indicated it is proceeding now partly because of coronavirus. 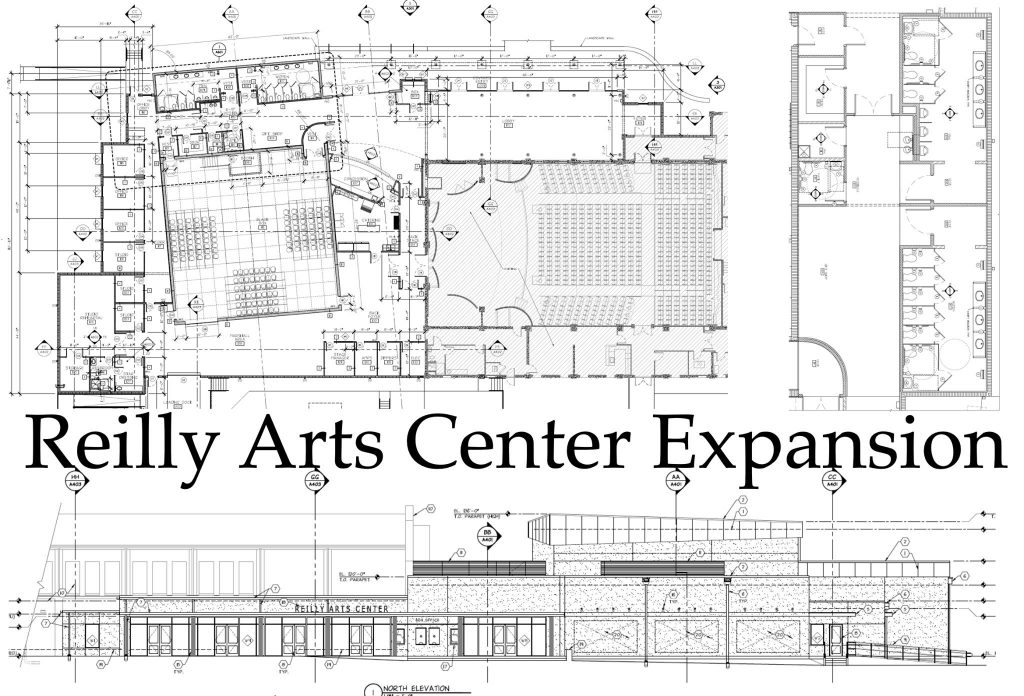 “We’re going to take advantage of the COVID-19 mandated downtime we currently have and build something so phenomenal that it will be hard to imagine our facility as it was,” City Councilman Matt Wardell, who is also CEO of the Reilly Arts Center, said in a statement.

“We’ll be able to do more diverse programming, bring enhancements in arts education that our community has never seen before, and come out of this pandemic squarely looking forward to a very bright future for the arts in Ocala.”

One aspect of the project is the addition of a second theater.

According to the news release, the new Black Box Theatre will be a flexible, flat floor space that can be transformed as needed to accommodate a variety of uses – such as intimate jazz or stand-up comedy, theatre in the round, special dance and multi-media events, and standing-room pop and rock concerts.

The Black Box also will be capable of handling banquets, receptions, lectures or other presentations and community events for guests who are seated or standing. The facility also includes an expanded catering kitchen to accommodate such events.

A second piece is expanding the center’s lobby to allow for more guests. And the number of restrooms and concession areas will more than double. The board noted this has been a common request from patrons since the facility reopened in October 2015 after being converted from the old City Auditorium, which was originally completed in July 1940.

Additionally, the project includes teaching facilities. A large rehearsal room and multiple studio and lesson rooms will be added for instruction in music and performing arts by Ocala Symphony Orchestra musicians and other arts professionals from Central Florida.

Finally, the box office area will be expanded to serve patrons both inside and outside the facility.

The changes will expand the center by 15,590 square feet.

Laura Walker, chief of the city’s Cultural Arts and Sciences Division, within the Recreation & Parks Department, said, “It is truly exciting to see that our local arts organizations have not only been able to weather the storm, but have been able to make strides in continuing capital development projects like this.

KP Studio Architects crafted the design and architecture of the new space. The Reilly’s board chose Dinkins Construction to do the work.

“Thanks to our patrons and the careful planning and groundwork that began more than two years ago by our Board and staff, there is no time like the present to get this project underway and out of the ground,” Wardell said in the statement.

The board has raised almost $1.9 million for the renovation. Center representatives said the remaining funding will be come from fundraising efforts and financing.

Pamela Calero Wardell, the center’s executive director, said in an email that the board has financing for the remaining project costs.

“Our fund-raising plan moving forward utilizes a combination of project reserves and operations funding to cover the financing while we continue to look for support in the realm of naming opportunities and smaller donations,” she said.

“To put it in perspective, in our first renovation project we financed $1.8 million and were able to retire that debt in just over four years in a similar fashion.”

Pamela Wardell added, “We have received no direct support from government funding sources at this time and don’t anticipate doing so.”

The board’s statement noted that there are several “significant” naming opportunities for potential contributors.

Anyone interested in those opportunities or in contributing to the project may contact Pamela Wardell at pamela@reillyartscenter.com.