Twenty years after it created a sensation in Ocala/Marion County, Horse Fever is ready to ride again. 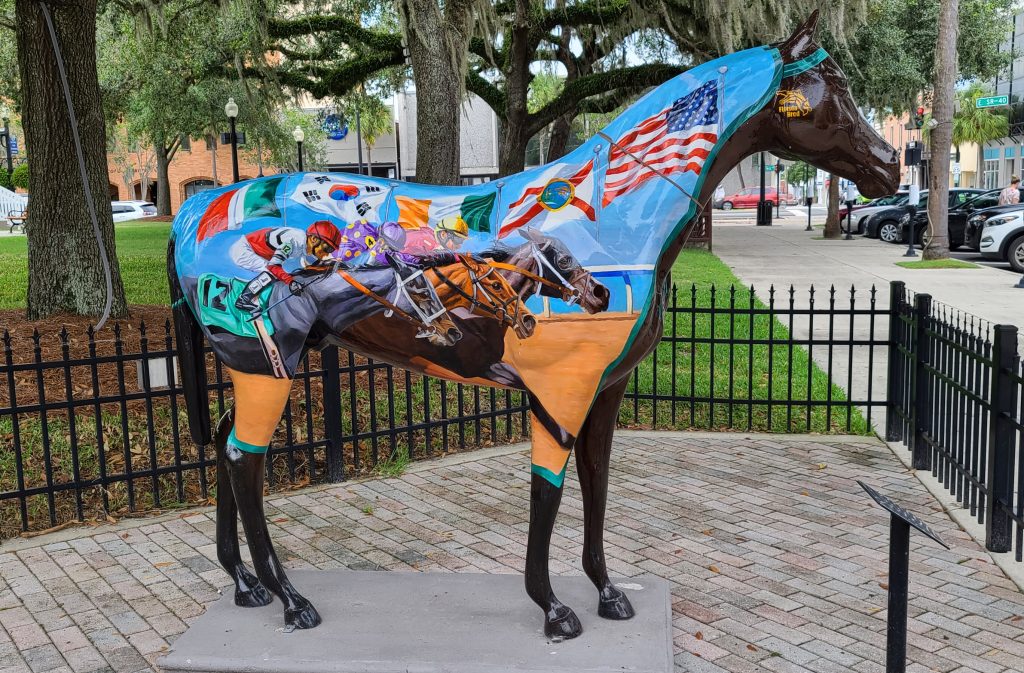 For those who did not live here then, Horse Fever was a major public art project that changed the landscape of the community and, especially, the local arts scene back in 2001. Artists from the community and beyond took full-size fiberglass horses – some grazing, some looking forward – and put their own unique designs and themes to them. The horses were ultimately put on display throughout the county – drawing thousands of tourists from across Florida — and later auctioned off to raise money for arts in the community.

In the end, Horse Fever sponsors raised $1.5 million that was used to create the Marion Cultural Alliance and provide grants, scholarships and sponsorships for the arts as well as 27 other charities in Ocala/Marion County.

Laurie Zink, a former thoroughbred owner who was a principal organizer of the first Horse Fever, is heading up the 20th anniversary edition. She said the latest version, while smaller than the first, is aimed at celebrating “an iconic public art project” while giving the community new public art and another boost to the arts.

Horse Fever 2020 will feature 20 horses, down from the 53 the original project produced, Zink said. The horses will be on sale on Aug. 5 and are expected to arrive in Ocala in mid-October. The artists, whose designs must be approved by the Horse Fever jurors, will then have until Dec. 28 to complete their artworks.

Zink said under the new Horse Fever rules, there will be two kinds of “calls for artists.” One, a buyer can pick the artist, who will have to submit several designs from which the Horse Fever committee can choose a final design.

Or second, the Horse Fever jurors will pick 25 designs submitted by artists and buyers can select a design and the artist will proceed.

“We want this to be a juried art show,” Zink said. “They will have to adhere to the standards of the original Horse Fever.”

Those standards include no political themes, no corporate logos, no sports teams, no religious icons and no stones or bricks.

Once the Horse Fever horses are finished, they will be put on display in early January in downtown Ocala, after which they will be “pastured” at On Top of the World’s Circle Square Center for a period of time.

For more information about Horse Fever, call Jaye Baillie at the Marion Cultural Alliance at (352) 369-1500.