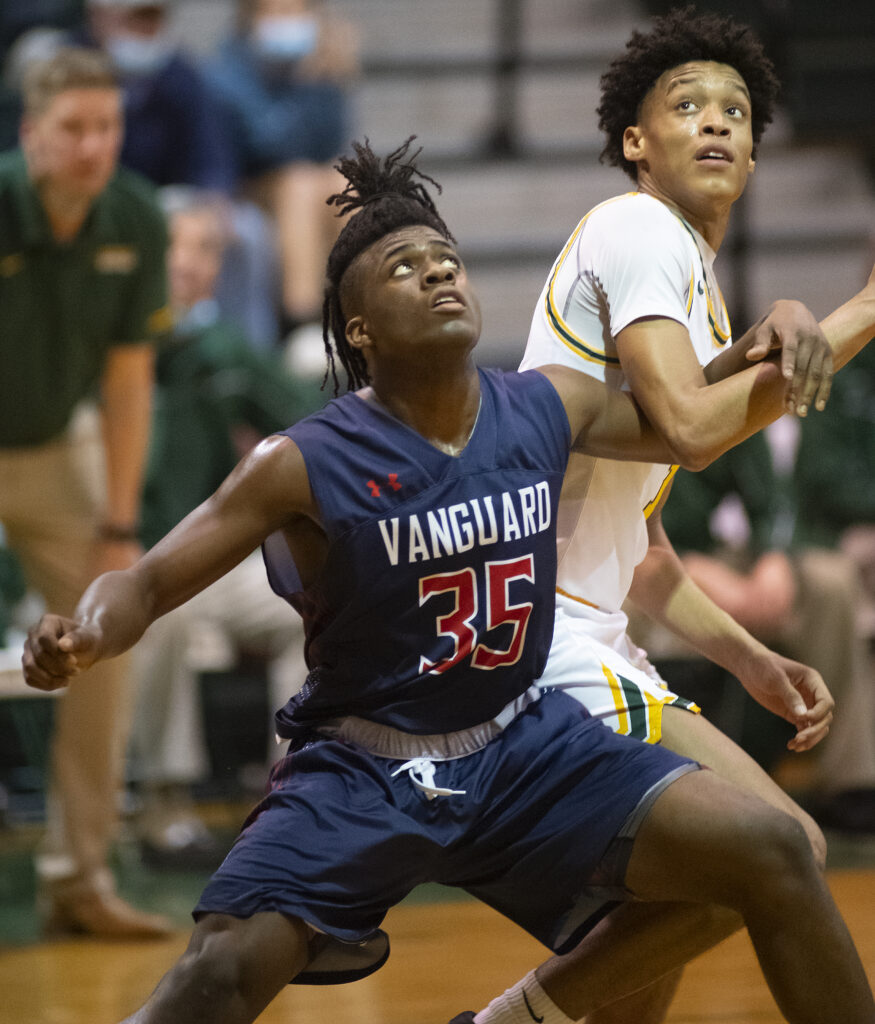 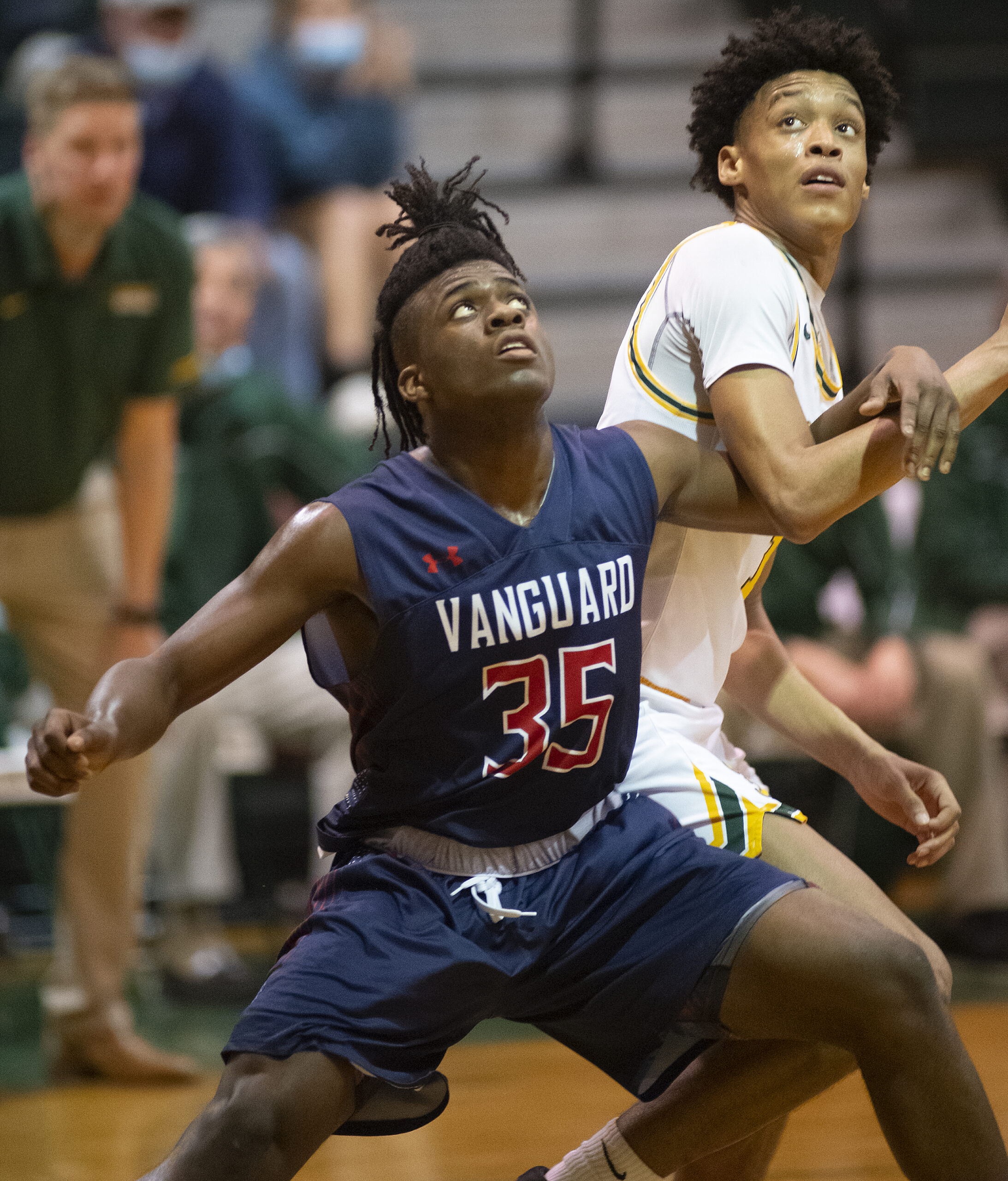 Officials ended Friday night’s rivalry showdown between Forest and Vanguard’s boys’ basketball teams with 7.4 seconds to play in the fourth quarter after Vanguard fans rushed the court in Forest’s gym.

The Knights had just stunned the Wildcats 61-42.

Minutes earlier, the northeast corner of the stands, draped in navy and red, chanted the words “overrated” at the Wildcats, who came into the night with more than double the number of wins than the Knights, including a win over Vanguard in their first meeting earlier this season.

When the two cross-town rivals first met back on Jan. 8, Forest got the better of Vanguard with a 60-46 win. When it came time for the Knights to visit the Wildcats, vengeance was all they sought. And they made that crystal clear early in the first quarter.

Entering Friday night’s game, the hero of Vanguard’s team had been senior Aaron James Jr., who was averaging 20.9 points per game. James contributed 13 points in the first meeting with the Wildcats.

But it was time for someone else to shine.

Vanguard junior Demetrius Watts scored the opening six points of the game en route to a 14-point night, good for his second-highest scoring game of the season. More importantly, Watts’ early scoring spree set the tone of the game: The Knights never played from behind.

On the other end of the floor, the undersized Vanguard roster stood tall at the challenge of defending the Wildcats, whose roster features seven players that eclipse 6-foot-3.

“We had the size advantage,” Forest head coach Spencer Ashley said. “It felt like Vanguard did a really good job of just doing their best to take that away from us. And again, credit to Todd Davis… He coached a hell of a game tonight.”

For much of the game, Forest’s shooting efforts were on ice. Even the easiest of shots couldn’t find their way through the rim.

Brenen Lorient, a 6-foot-8 junior for the Wildcats finally found rhythm in the fourth quarter, posting 16 of his 22 points. But by then, it was too little, too late.

When asked what he fed his team before Friday night’s contest, Vanguard head coach Todd Davis was quick to laugh it off.

“I didn’t feed them anything,” Davis joked. “I just told them that it was time to play basketball. We worked hard for this right here. We came out and we earned a victory.”

Meanwhile, the Wildcats (13-6) will start their postseason with a visit to South Lake on Feb. 10. Forest’s opponent is still to be determined.