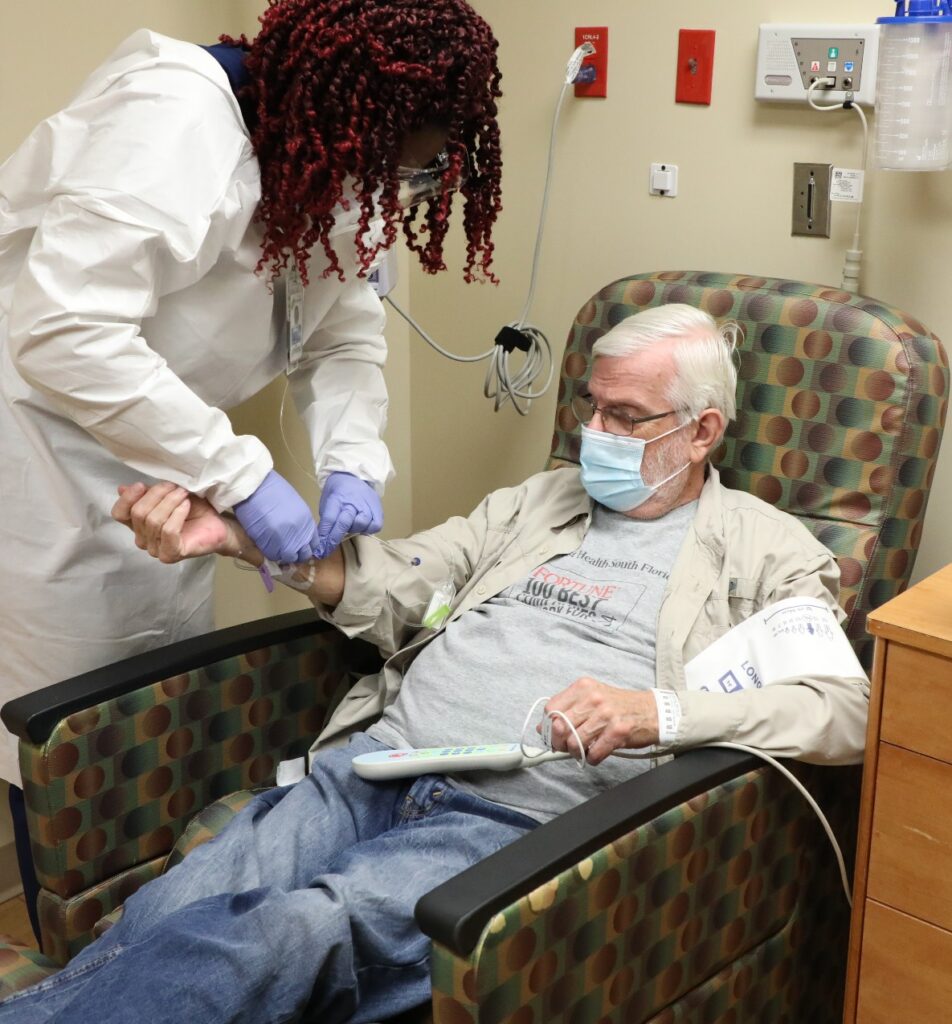 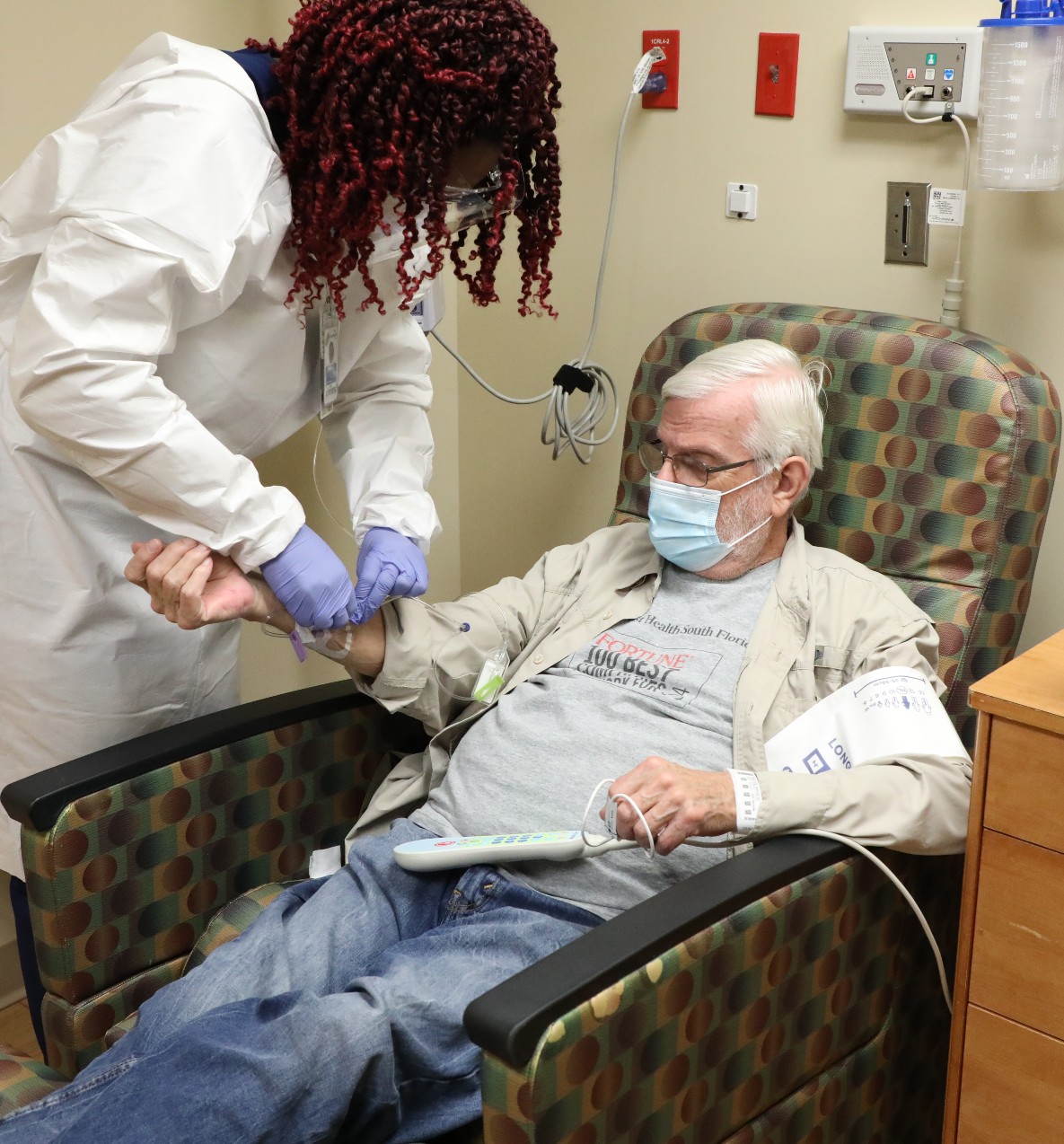 In their 52 years of marriage, there isn’t much that Douglas and Janet Bauer haven’t done together.

And receiving the monoclonal antibody infusion after the couple contracted COVID-19 was no different. The infusion can help lessen the severity of the virus.

Janet Bauer, 75, said she and her husband have no idea how they caught COVID-19, but they both got sick at the same time.

“Getting any symptoms out of him was like extracting a molar,” Janet Bauer said. “It was very difficult, but I could tell (he was sick) by the type of cough he had. It was so deep.”

Douglas Bauer, 78, has COPD, tracheomalacia and a compromised immune system, so the infection was even more dangerous for him.

Janet Bauer had a dry cough, sore throat, aches and pains and a sinus headache.

They both tested positive on Jan. 20. Two days later, they received an infusion of Bamlanivimab, otherwise known as Bamlan.

According to Sarah Rounding, director of infusions with AdventHealth Ocala, the Bamlan infusion contains man-made antibodies and is not a blood product.

“The whole idea behind the man-made antibodies is that your body is able to produce its own antibodies sooner and more of them so that you don’t have the continued symptoms like the fatigue and the cough and the shortness of breath that you were experiencing prior,” Rounding offered. “I’ve had patients tell me that within 24 to 48 hours, they feel much better.”

AdventHealth Ocala is the only facility in Marion County offering the treatment.

“When I was told we had to go to the emergency room, I had nightmares,” Janet Bauer said. “I was just terrified of this.”

According to Rounding, the infusion process takes about three hours, including an hour-long observation period in case of adverse reactions.

The Bauers didn’t experience any side effects from the procedure.

“I would go back there in a heartbeat,” Janet Bauer said. “They didn’t separate us. They kept us together, and I sat where I could hold his hand if I needed to or wanted to because he was sick. I knew he was really sick.”

According to Janet Bauer, three days later, she was feeling better. Douglas Bauer is still slowly rebounding from his bout with the virus.

More than 100 people have received the infusions, but Rounding said they have the capacity for more. The team can handle up to eight infusions a day. Right now, they average five to six.

The infusions are not for everyone. The treatment is reserved for those who have a high risk of getting very sick or dying of the virus. The infusion is not available to those hospitalized with the virus.

With the area’s higher percentage of residents 65 and older, the treatment can fill a void if people get sick while waiting for vaccinations.

“I think that’s probably the reason that we’ve had the success that we’ve had with it because we have a lot of patients that do qualify,” Rounding said.

Bamlanivimab has not been approved by the FDA. However, on Nov. 9, the FDA issued an emergency use authorization for the drug, making it available free of charge.

“As you’re aware, our COVID numbers have really surged, so it’s been amazing to be able to offer them something other than supportive care,” Rounding added.

For information about the treatment, contact your primary care physician. The treatment is only available with a physician’s referral.