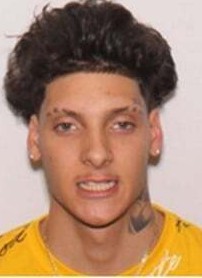 A 20-year-old man was arrested on Friday and charged in connection with the shooting of a teen and separately shooting at a Marion County Sheriff’s officer, according to sheriff’s officials.

While the sheriff’s office would not confirm that Nathaniel James Woodruff is accused in the shooting of 18-year-old Omarea James on Jan. 31, the details of the shooting are similar to what family and friends have said publicly about James’ shooting.

Woodroof surrendered to law enforcement on Friday, according to sheriff’s reports.

“He knew everyone was looking for him,” Bloom said in a video posted to the Marion County Sheriff’s Office Facebook page.

According to the Sheriff’s Office, Woodruff is accused in a Jan. 31 shooting.

“He was involved last week in a shooting where, unfortunately, a young, teenage man was shot and injured and is still trying to recover from his injuries,” Bloom said.

James, a Trinity Catholic football player, was shot on Jan. 31. It was the only shooting of a teenager reported that day in the county.

According to a GoFundMe page organized by James’ sister, Oteaja Burton, James was shot at three times, with two bullets missing and a third “piercing his side and becoming lodged in his spine.”

According to the Sheriff’s Office, the Jan. 31 shooting occurred near the BP gas station near Northwest 110th Avenue and West State Road 40, just before 7 p.m. 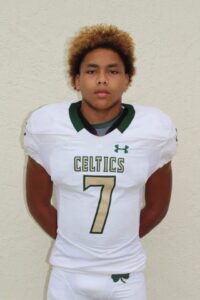 On Tuesday, a Marion County Sherriff’s detective attempted to stop a silver BMW matching one tied to the shooting. However, according to the Sheriff’s Office, the driver fled the scene and Woodruff, who was a passenger, began firing shots at the detective.

On Friday, Woodruff admitted to being in the vehicle during Sunday’s incident, according to reports.

Kyrion Weathers was fatally shot on July 26, near Southeast 105th Avenue in Summerfield. Weathers’ death is still being investigated by the sheriff’s office.

Chris Chevelon Jr. died after he was shot on Dec. 6, at Sutton Place Apartments in Ocala. The Ocala Police Department continues investigating that shooting.

It was not known if any of the shootings are related.