The first thing that was wrong about Tuesday’s coup… 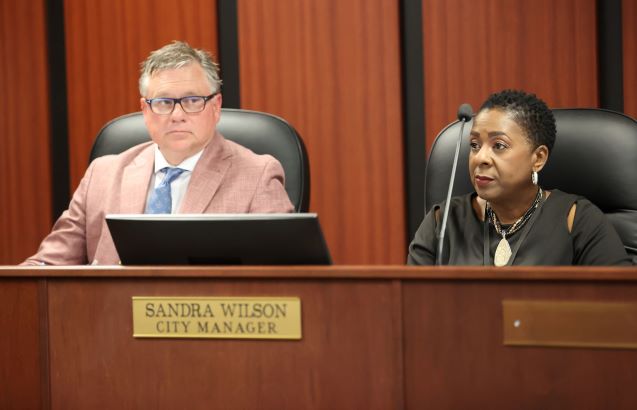 For one, the vital issue of the future of the city’s senior manager was not on the council’s prepared agenda. This indicates either the question of Wilson’s continued tenure with the city after a combined 22 years of service was of such minor import that it could be dispensed with little conversation about the ramifications. Or, much more troubling, the surprise action raises the suspicion that certain council members already knew in advance that the dismissal vote was coming.

Secondly, there are two other assistant city managers in Ocala City Hall who have considerably more experience than Lee, and yet not one council member mentioned either of them as a candidate to be interim city manager. Some suspicious minds could conclude that the fix was in for Lee, who is widely seen as a friend to the local business community.

Also, some of the reasons put forth by the three council members who voted to fire Wilson were either inaccurate, intentionally misleading or flimsy, to put it mildly.

Granted, it is council’s prerogative to hire and fire the city manager. They were elected by the voters of Ocala; the city manager is appointed and serves at their pleasure.

But only council members Jay Musleh and Ire Bethea seemed to remember that hierarchy on Tuesday when they both objected to the timing of council member Barry Mansfield’s motion to dismiss Wilson immediately, which was quickly supported by council members Kristen Dreyer and James Hilty. Musleh rightly suggested the issue should be scheduled for a future meeting.

And, make no mistake, this is a very big issue.

Mansfield gave no reason for the urgency of his motion only that it was his prerogative, and he was exercising it.

Could it be that he was doing the bidding of prominent businessmen who just happened to show up, and take front-row seats, just as Mansfield was about to execute? The timing of the arrival of Doug Cone and Rich Bianculli, board members of the Ocala Metro Chamber & Economic Partnership, could not have been a coincidence.

Perception is reality and the perception is that they, and at least three council members, knew something big was about to go down.

Council might want to look back 13 years to when the Marion County Board of Commissioners became part of a grand jury investigation after swiftly installing a new county administrator, Lee Niblock. Then, the public and state attorney wondered how the commissioners arrived at a decision so quickly without any discussion about the value of doing a national search for alternative candidates.

There are plenty of questions swirling around Wilson’s stunning dismissal, and the Gazette is committed to finding answers before the pungent aroma of this stinking fish has citizens gagging.