The Basquiat of Brisket

Local barbecue legend Rashad Jones brings his culinary art skills to the test, competing in the first episode of Food Network’s new season of “BBQ Brawl” premiering Monday, May 9, on Food Network and streaming on discovery+ 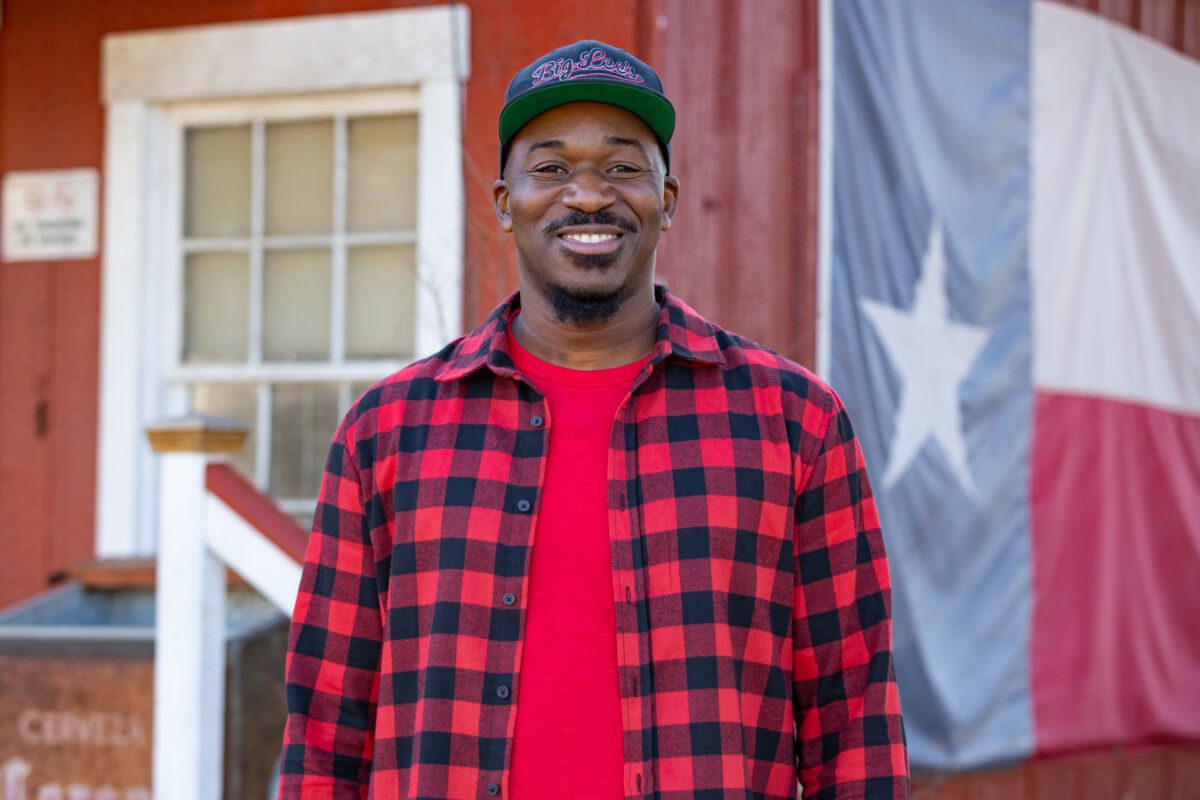 Rashad Jones, owner of Big Lee’s BBQ in Ocala and a competitor on Food Network’s upcoming season of “BBQ Brawl,” is more than a local celebrity with a gift for brisket. He considers himself a fine artist with a basting brush, someone who paints mouthwatering masterworks with barbecue sauce and carves unforgettable effigies of flavor from grilled and charred meats.

“I’m a culinary artist,” said Jones with emphasis on “artist.” “That’s the true heart and spirit of what I do.”

Simply put: barbecue is art for Jones, and like any artist, he wants to share his work with others.

“Whether you’re a painter or musician, you want to be recognized for the blood, sweat and tears that went into that beautiful portrait or amazing song you have created. It’s no different for me,” explained Jones. “That’s why we create. We don’t create to lock it away in a closet somewhere. We create something that we think is noteworthy so people can enjoy it.”

Jones will get his chance on the third season of “BBQ Brawl,” scheduled to premiere with a 90-minute special episode on Monday, May 9, at 9 p.m. on the Food Network. It will also be available for streaming on discovery+ with new episodes available weekly after the Monday premiere.

Through eight episodes, superstar chefs Bobby Flay, Anne Burrell and Jet Tila mentor and coach nine upcoming stars in the barbecue world with culinary battles that test their skills and their ability to work together as a team.

With the captains guiding their teams every step of the way, a panel of judges featuring barbecue legend Rodney Scott, famed chef Brooke Williamson and lifestyle personality Carson Kressley decide which competitor is worthy of being crowned “Master of ‘Cue” and appear across Food Network’s digital platforms to become its official BBQ expert for the year.

Jones couldn’t tell the “Gazette” much ahead of the show’s premiere, for fear of giving anything away, but he did say that the upcoming season of “BBQ Brawl” is “incredible.”

“This is a bunch of amazing pitmasters and chefs from all around the country who know what they’re doing,” he said. “It’s a really heated battle. And it’s definitely something you should want to tune in to because it’s an entertaining show, regardless of whether you love barbecue or not.”

Jones was chosen to participate in the TV show after a nationwide search for some of the best pitmasters in the country. People who really know what they’re doing, said Jones.

“I guess my name came up in that conversation. They reached out to me and the rest is pretty much history,” he added.

This isn’t Jones’ first rodeo on the Food Network. In 2017, he auditioned for celebrity chef Guy Fieri’s culinary contest, “Guy’s Big Project,” on Food Network and was cast as one of the show’s 10 contestants.

Not only did he win the contest, but also on the show’s finale, Fieri and the network were so charmed by Jones that they awarded him a full six-episode primetime series called “Eat, Sleep, BBQ,” which aired on the Food Network in December 2017. 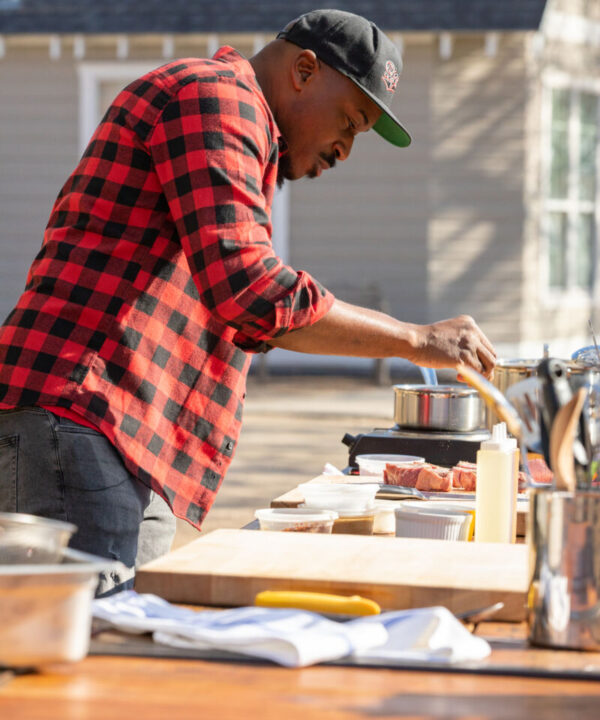 Though he was never classically trained in any sort of specific cuisine, Jones learned barbecue in his backyard, teaching himself the skills he now uses at Big Lee’s, 343 NE First Ave., and to compete on television. As skilled as he is, and despite being a former champion of a Food Network show, “BBQ Brawl” challenged him, he admitted.

“The show pushes you out of your comfort zone. The way I cook at home, the way I cook at Big Lee’s, it’s very different than some of the things that they were expecting of me on the show,” he said. “And those things make for great television. Can you think quickly on your feet? Can you adjust? That’s very challenging. It did throw me for a loop at first.”

Jones said it was amazing to work with Flay on the show, calling the Food Network star an “absolute legend.”

“He’s cooked literally every type of food you could ever imagine,” said Jones. “He’s so good at what he does. Just being able to spend the amount of time I did with him: he’s so cool, laid-back and humble. No big head at all. He’s actually very generous, very complimentary—but hypercompetitive. The man wants to win. It’s not just a game for him. And I admire that. I’ve got that same competitive spirit in me.”

Set at the famed Star Hill Ranch in Austin, Texas, the show features competitors who are divided into three teams under the tutelage of Flay, Burrell and Tila. In each episode, the captains do everything in their power to keep their team members in the game—including diving into the action themselves—guiding the hopefuls in two rounds of grilling and smoking challenges.

The team that is determined by the judges to be least successful in the challenges will have one of their contenders eliminated. In the end, only one competitor and captain will reign supreme.

Working on “BBQ Brawl,” Jones said he has met some of the most genuine, honest, hardworking and fun individuals he’s ever known. The nine competitors have formed a bond competing on the show, he added, and they all remain friends to this day.

“You’re cooking in Austin, Texas, around smokers and different grills, all running at 250-or-so degrees. It’s hot. You can only do that and do it well if you love it. To share that love and passion with so many other people and immerse yourselves in it—[I have formed] memories and friendships that will last a lifetime.”

Ever humble, Jones doesn’t think of himself as a local celebrity, but over the last five years or more, he has done much to place Marion County firmly on the barbecue-stained map.

“I don’t feel any different than I did before,” confessed Jones. “I do recognize the significance of it. Barbecue is something we take incredibly serious in this country. I like to refer to it as America’s cuisine. So being able to represent our country and represent it from Ocala and Marion County means more to me than I can fully compute. But it does feel good for folks to see me out and about and say, ‘You know, man, you made us proud.’”

“Great barbecue is no longer relegated to only Texas, Kansas City, Memphis or the Carolinas,” Jones continued. “Not to say those regions don’t have great barbecue, but you can come right here to Ocala and get something that’s just as amazing as well.”