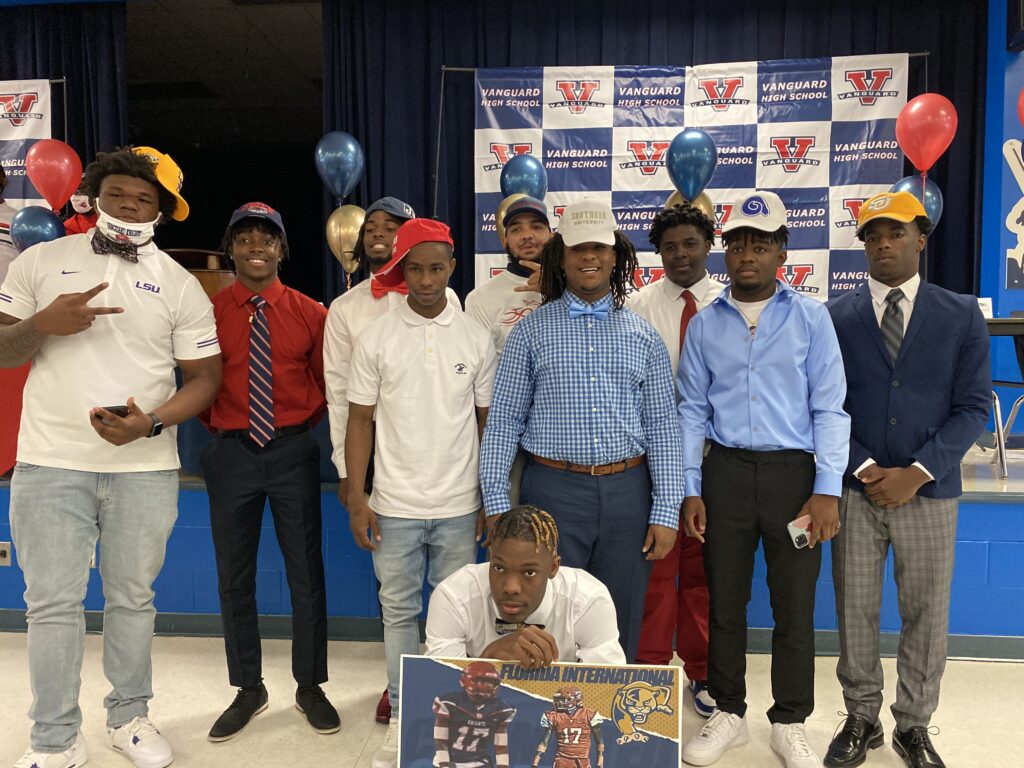 Winning games on Friday nights and competing for state championships is the goal of any high school football program.

The Vanguard Knights had the opportunity to do that in 2020, despite the many challenges that they, and every other program around the country, encountered. But head coach Edwin Farmer and the Vanguard football program took their 2020 success a step further on Wednesday afternoon.

After posting an 8-2 record and reaching the regional final where they fell to the Dunnellon Tigers, the Vanguard football program helped bolster 10 of its players to the world of college football with a signing ceremony on National Signing Day.

“Our young men did a great job,” Farmer told a cafeteria full of spectators on Wednesday. “These young men on the stage, they were leading some of those groups. And again, they played an important role in us being successful.”

Those who inked their National Letters of Intent on Wednesday included:

Historically, the Knights have been known to develop football players into Saturday playmakers.

Tyree Gillespie, who was in attendance for Wednesday’s ceremony, graduated from Vanguard in 2017 before going on to play SEC football at the University of Missouri. The Ocala-bred safety has caught the eye of NFL scouts and is currently preparing for the 2021 NFL Draft.

Farmer was quick to use the example of Gillespie when addressing his 2021 class of signees.