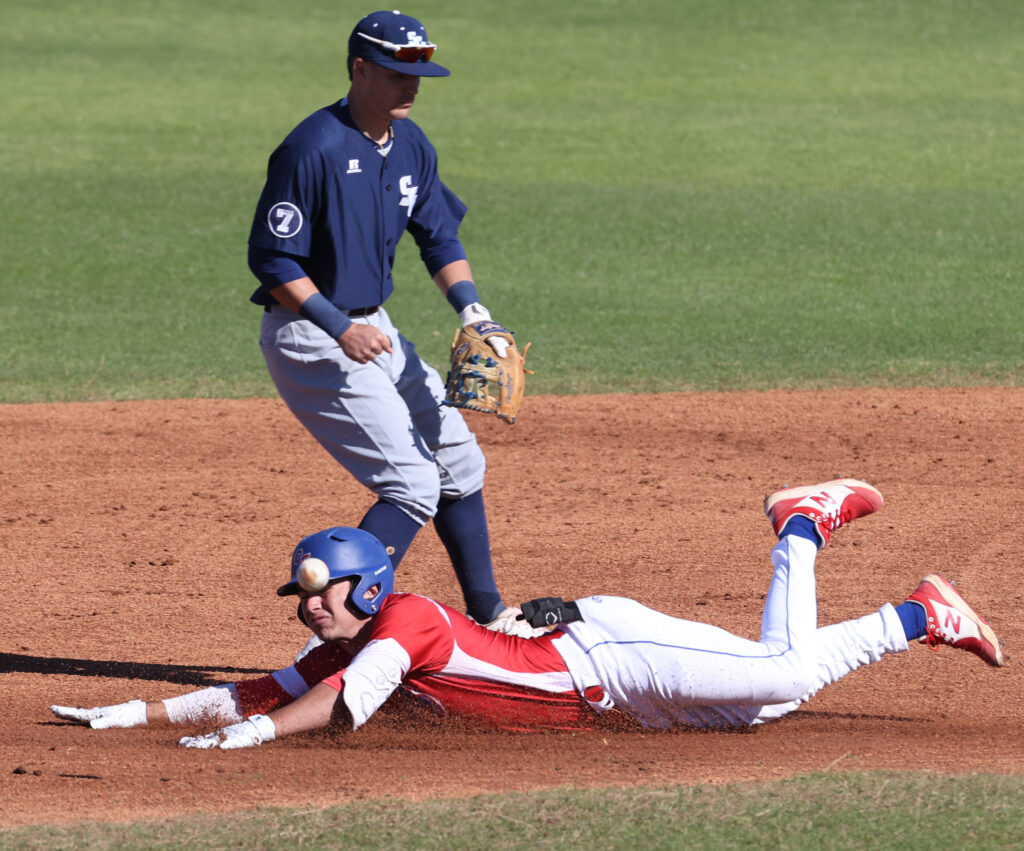 It was the bottom of the ninth inning, and the sun was setting behind Goodlett Field with the College of Central Florida tied with the State College of Florida at four apiece.

Outfielder Tre Hondras, the team’s leader in home runs and RBIs, stepped up to the plate with runners on first and second and no outs. Hondras lined an 0-2 pitch to left field, and redshirt freshman Matthew Cedarburg rounded third and headed for home. The throw came in late, and the Central Florida bench emptied to celebrate with Hondras at second.

Hondras’ walk-off line drive capped off a Central Florida (7-1) rally from a 4-1 deficit in the top of the fifth inning. The Patriots’ vaunted pitching staff held State College of Florida (2-5) to just three hits, and reliever Evan Michelson earned his first win of the season. Central Florida’s four pitchers struck out a combined 15 batters.

“The win is good, but we got to clean some things up,” Central Florida coach Marty Smith said. “You know, it’s nice to get a walk-off single in the ninth and win, but we’ve got some things to clean up if we’re going to contend.”

Florida commit Shawn Guilliams started the game on the mound for the Patriots. The freshman went four innings and allowed only one hit and struck out six. However, he also walked three batters and gave up a two-run home run in the top of the second inning that dug Central Florida a 2-1 deficit.

Central Florida scored a run in the first inning, but it wouldn’t get back onto the scoreboard until the fifth down 4-1. The Patriots had the bases loaded after two walks and a single before scoring on a wild pitch. They reduced the lead to one on a sacrifice fly and later tied the game after a wild pitch on a dropped third strike allowed redshirt freshman Nicholas Calero to score from third.

From there, it was a game of missed opportunities, as both pitching staffs kept both offenses at bay until Hondras ended the game in the bottom of the ninth. The two teams combined to strand 21 runners over the course of the game.