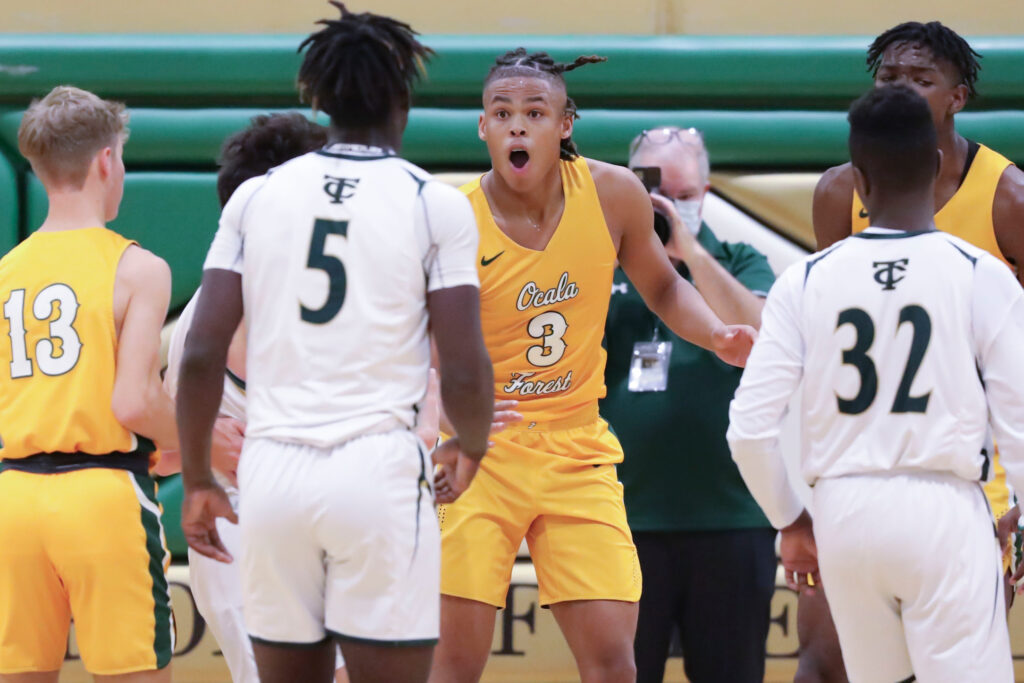 When the Forest Wildcats and the Trinity Catholic Celtics each had to cancel their originally scheduled boy’s basketball games for Jan. 12 after their opponents had COVID-19 concerns, the two green and gold-clad teams mutually agreed to square off against one another to replace their scrapped contests.

From the Marino Gymnasium on Trinity Catholic’s campus, the Forest Wildcats, sparked by a strong shooting performance in the first quarter, ran off with a 64-44 win over the Celtics.

Despite struggling from beyond the arc in recent games, Forest found quick success with the three ball on Tuesday night. 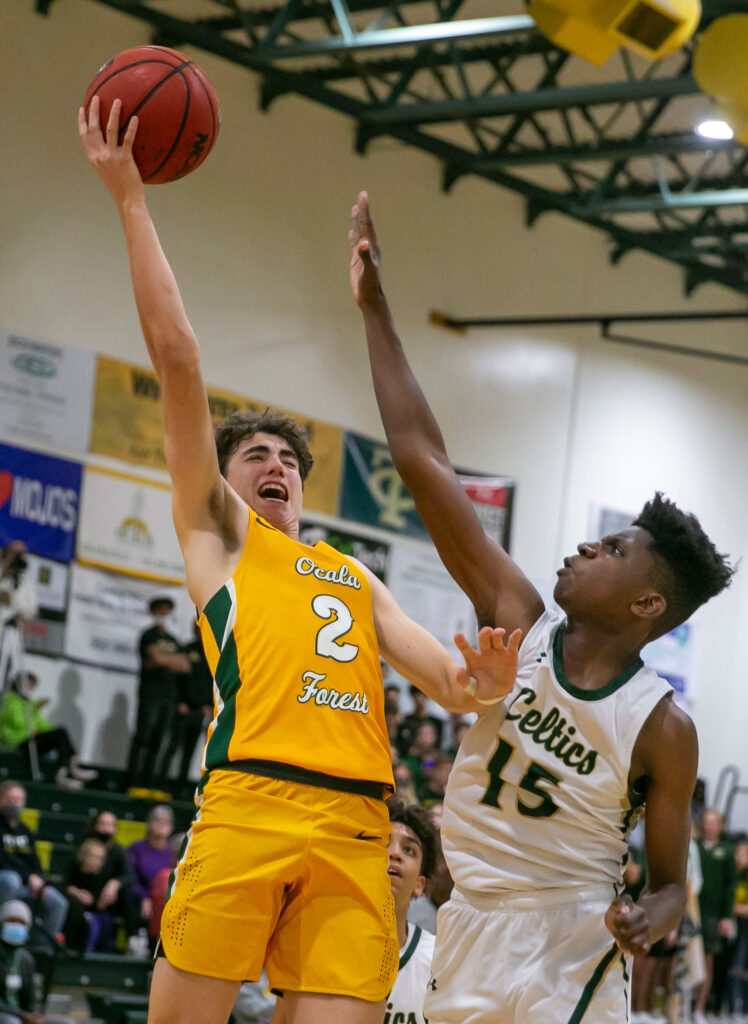 “We haven’t shot it well,” Forest head coach Spencer Ashley said. “But we really focused on Saturday and Monday on shooting well. And we came out really, really hot. It was good to see. If we can keep doing that moving forward, we will be okay.”

Collectively, the Wildcats splashed eight three-point balls through the net against the Celtics – five of which came in the opening quarter.

Forest senior Josh Cuspard scored on two three-point shots in the first quarter, while juniors Aaron Stelogeannis, Calvin Davison and Brandon Baxley each netted a three of their own.

In effort to stop the bleeding, Trinity Catholic junior LJ Pugh started giving the Wildcats a taste of their own medicine in getting two three balls to go. 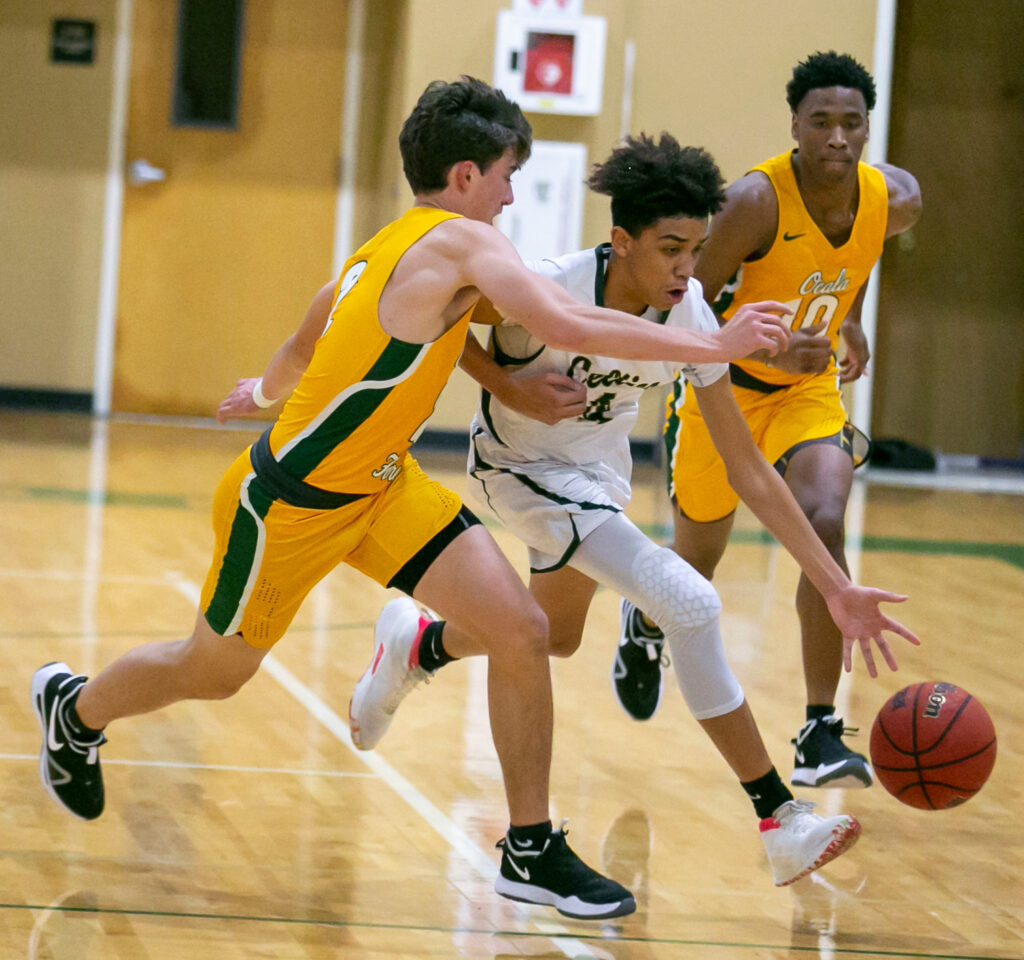 “I challenged a few of them to do different things, especially as Pugh, for them, got hot,” Ashley said. “And we really wanted to take No. 5 (Jacques Njeanwobe) out of their game. And we really tried to play off of him. It’s really unconventional, but we did a really good job of it.”

While Pugh finished with 12 points, Njeanwobe led the Celtics’ stat sheet with 17 points.

“Aaron does a lot of things that people don’t see,” Ashley said. “He plays really, really sound defense. And offensively, he doesn’t do anything flashy, but he’s steady Eddy. He just doesn’t make mistakes.”

With the win, the Wildcats improve to 10-2 and will spend their week preparing to host the MLK Classic on Saturday. Meanwhile, the Celtics fall to 4-6 and will host PK Yonge on Friday night at 7.