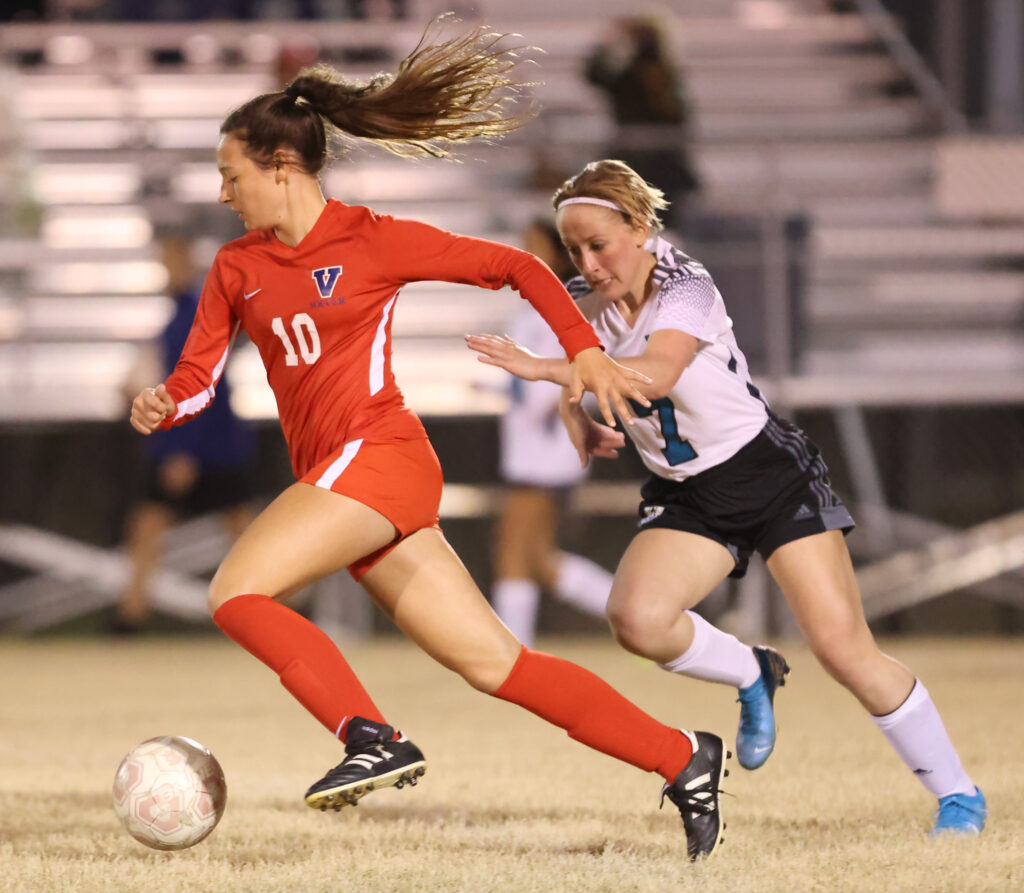 For most of Vanguard’s game against West Port, the Knights looked like the better team. They possessed the ball more and were more dangerous in the attacking half, but they just couldn’t find a goal. A missed shot or misplaced pass here and there kept the Knights off the scoreboard. 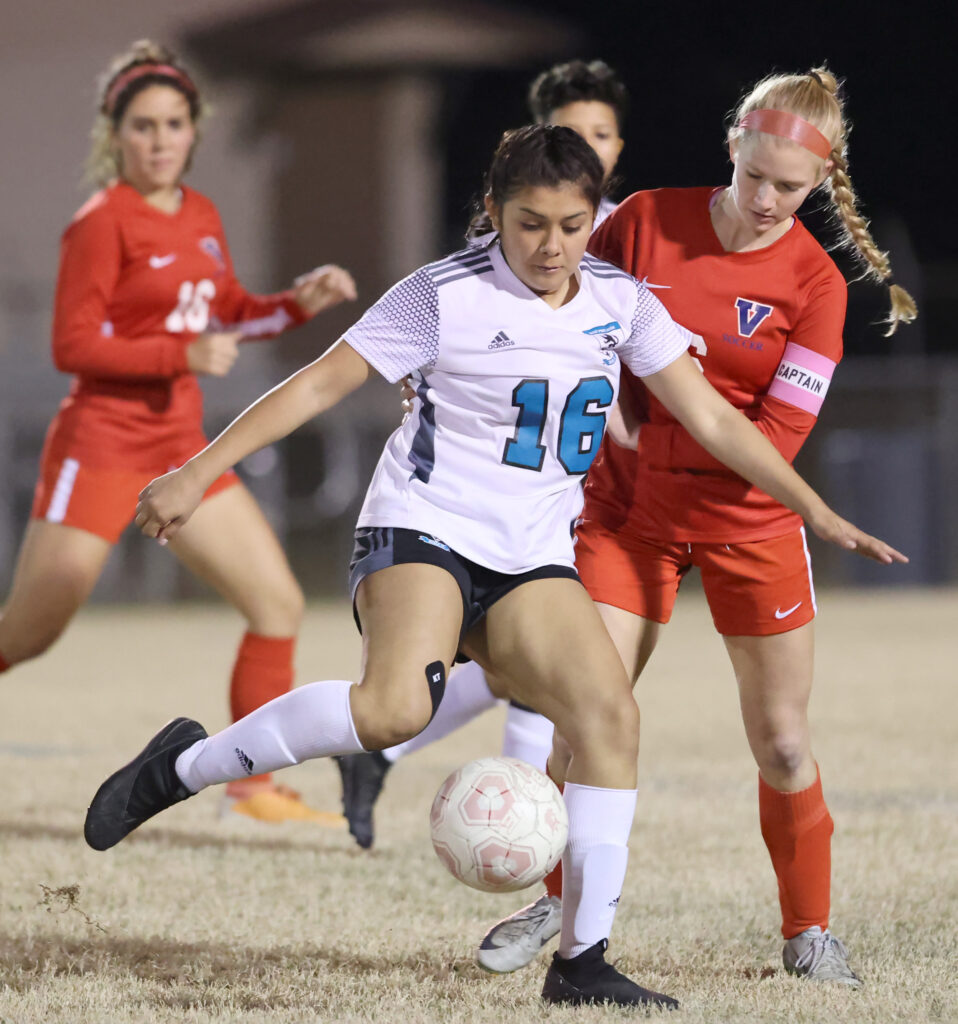 However, late in the game, Vanguard’s Abigail Andal crossed the ball from the left side, finding the foot of Mia Liebegott, who struck the ball past the West Port goalkeeper. Liebegott’s goal stood as the game-winner, giving Vanguard a 1-0 victory on senior night. Freshman Gianna Meccia earned the shutout in goal for the Knights.

“Second half, I think we kinda took control there and created a lot of opportunities there,” Vanguard girls soccer coach Bryan Giles said. “We just lacked on a few finishing, but all in all a good night.”

Vanguard controlled the game early, but the Knights were never a threat offensively. Neither team had a shot on target until after the first water break. Both teams were held scoreless through the first half, as neither team could form a dangerous attack. West Port was content to keep the Knights out of dangerous areas and force shots from outside.

In the second half, the Knights finally started to threaten the West Port defense and create scoring chances. Early in the period, a Vanguard corner kick was pushed away by West Port’s goalkeeper, only to fall right in front of a Vanguard attacker at the top of the 18-yard box. The shot soared just over the crossbar and bounced off the bottom of the upright behind the goal. 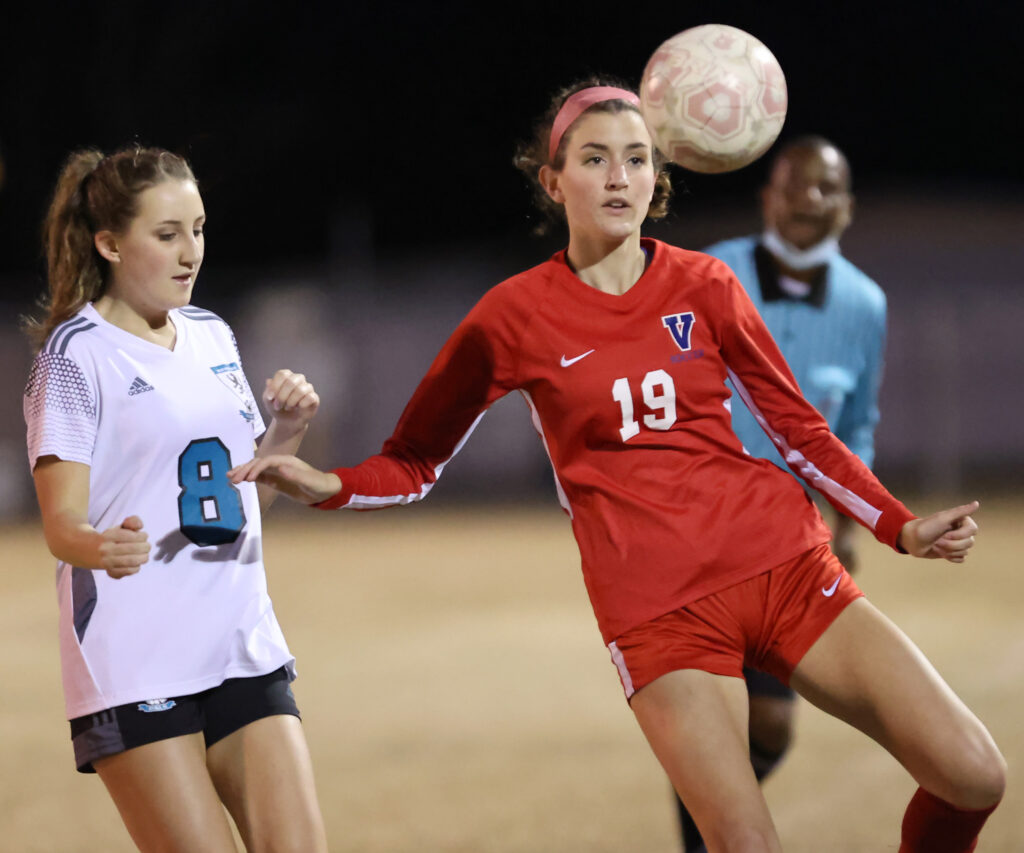 That was the beginning of many missed chances for Vanguard in the second half. Liebegott missed wide from the top of the six-yard box after a cross from the touchline, while Andal had a shot later that hit the outside of the net. Vanguard’s Kaylie Saez forced a turnover deep in the attacking third and had a clear shot at goal, only to hit the post.

After the water break, the Knights continued to chip away at West Port’s defense with more chances, but they couldn’t break through. Liebegott finally put one home for Vanguard, who needed a rebound performance after a 5-0 drubbing at P.K. Yonge (Gainesville).

There won’t be much time for Vanguard (7-2-1) to celebrate the win, as they head off to Gainesville on Wednesday to face Gainesville High. The Knights defeated Gainesville 3-0 earlier in the season. West Port (8-4), meanwhile, is slated to face South Sumter (Bushnell) on Thursday.

“They’re a solid, solid group,” Giles said. “So, it’ll be a good game for us, getting us ready for the county tournament next week, so we’re excited to play that game.”