The Ocala Rotary Raiders All-Stars baseball team is proving that inclusion is the secret sauce in their special blend of teamwork. 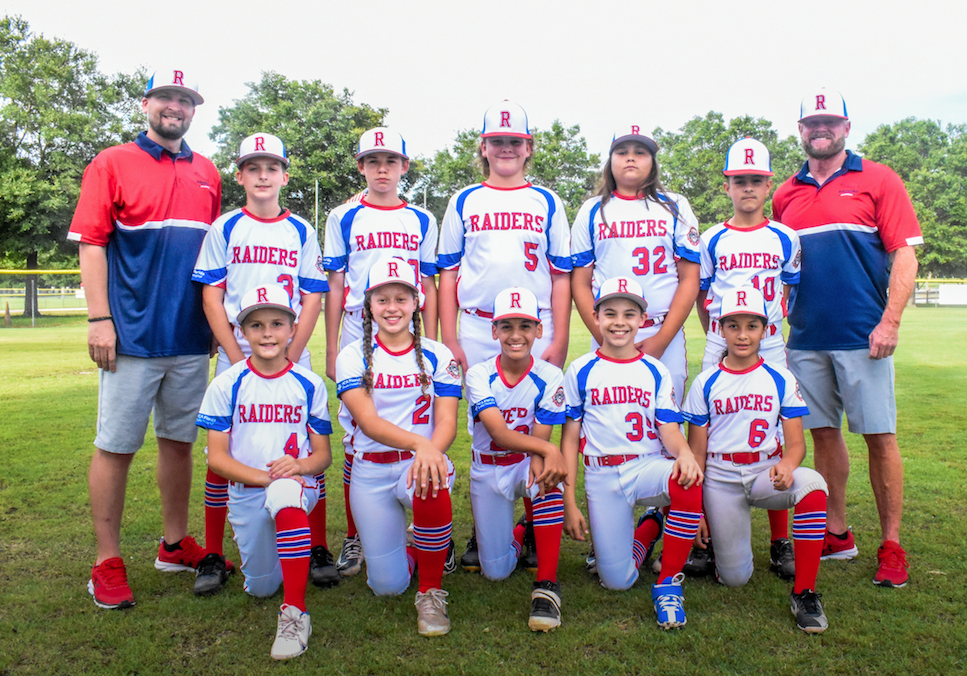 Manager Randy Lamb insists he isn’t standing on a soapbox when discussing the diversity of his all-stars baseball team. In reality, he feels he’s simply standing in his dugout, leading by example and encouraging his young players to do the same on the field and in life.

“They’re just being kids,” Lamb said. “They’re tearing walls down and they don’t even know they’re doing it.”

The Ocala Rotary Raiders All-Stars baseball team, consisting of athletes as young as 10 and as old as 12, is made up of nine players in total. Of those nine players, four are from Latin American countries such as Ecuador, Cuba and Puerto Rico, and two players are female—a rare occurrence for any little league team in America.

Lamb said he was the first coach in Florida to pick two girls to play on his team.

“It was pretty simple: they’re just really good players,” said Lamb. “There was no decision based on them being girls. But the fact that they are, I think, is pretty cool.”

Diversity on his team is important to Lamb—the more, the better, he said. It’s all about inclusion, and giving those who have the ability and desire the chance to play.

On June 8, the Raiders bested the No. 1 seed Sumter County in the Cal Ripken League District Tournament at the Ocala Rotary Sportsplex, 5220 S.E. Maricamp Road. Then they beat the No. 2 seed Mount Dora 16-6, becoming the top-seed in the tournament heading into the semifinals.

Ultimately, Lamb’s squad would lose on June 10 to tournament rival Sumter 8-7, but the game was a barnburner, going to extra innings to be decided.

“They’re committed,” said Lamb of his team. “There’s no quit in them.”

Lamb described the forming of his baseball team as something that just happened naturally. But once he saw it develop, he knew it was something he could stand behind.

Opposing teams take one look at the Raiders and are often not very impressed, admitted Lamb. They’re small. They’re diverse. They don’t look like they’re going to be much of a challenge.

And that’s where they’d be wrong, he added.

“Most of these teams are really huge, full of big 13-year-olds. We were always the underdog. But when we got on the field, size didn’t matter,” he said.

Early on in the Raiders’ development, Lamb, assistant coaches Jaron Seuis and Anderson Hurtado, did a lot of team building exercises outside of baseball, giving his kids time and space to connect as human beings and become friends before becoming teammates.

“I brought the kids to a University of Florida baseball game. Some of them had never been to a college baseball game before. They all got to hang out and eat popcorn, drink sodas and have hot dogs,” Lamb said. “I asked them to watch their position player, learn something. We did that a couple of times.”

Lamb didn’t stop there. He also took the team to a Tampa Bay Rays game as well. He bought the team a suite. They rode to and from the game in a limousine bus.

“They were like rock stars,” laughed Lamb. “I had the Rays put my team’s name on the jumbotron. They’re all freaking out. It was a truly special day.”

For Lamb, it’s all about the experience. And baseball, he said, is the vehicle for that experience for these kids.

“You know, it’s funny. Kids see things so purely. They don’t see a girl. Like none of my boy players on the team said, ‘Well, we got girls on our team.’ Not every team is like that. I’ve played in tournaments and the other teams were not very friendly,” he said.

Lamb doesn’t want to make the diversity of his team a story about race. He just wants to show that diversity is good, especially for young children to see and experience.

“We need to, as adults and coaches, show diversity and encourage all these kids to come out and play baseball. I look at every kid and what they have to offer, along with their unique characteristics and personalities,” said Lamb. “This core group of kids just got along really well. There were no egos on this team. They all played for each other, which is amazing after only being put together basically eight weeks ago.”

In the end, it was the players that taught the coach something new.

“It’s bigger than baseball,” he added. “Baseball is the window for these kids to look through and learn about being better citizens and people in this world.”