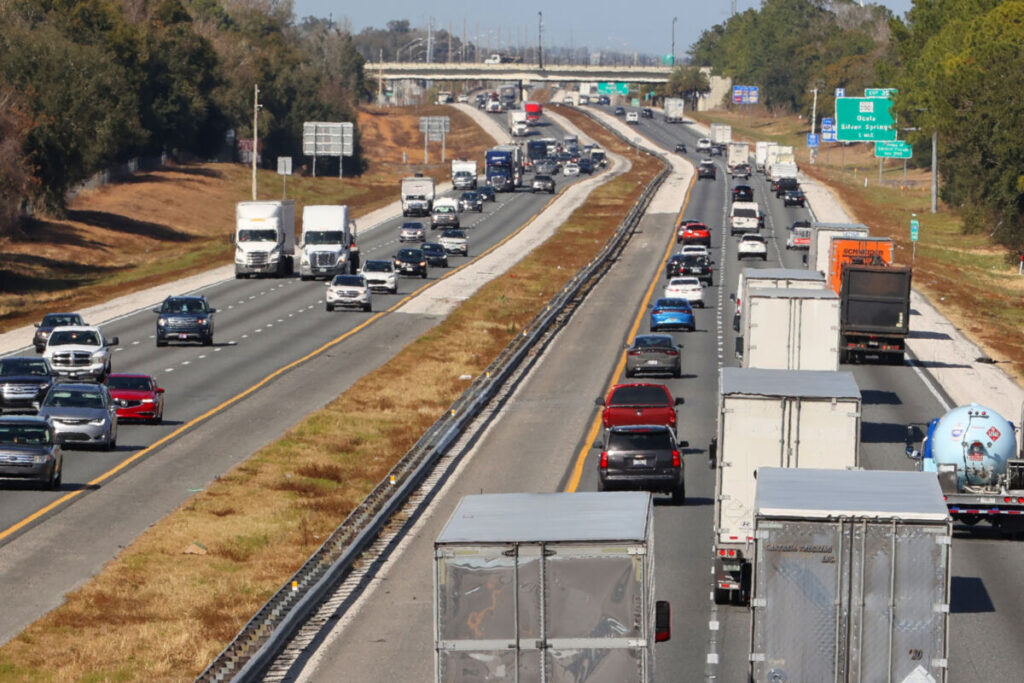 In this file photo, Motorists drive on I-75 as shown from the Southwest 66th Street bridge south of Ocala on Tuesday, February 1, 2022. [Bruce Ackerman/Ocala Gazette] 2022.

The unemployment rate in the tri-county region consisting of Marion, Citrus and Levy counties was 3.1% in May, according to a CareerSource CLM June 17 press release, 2.0 percentage points lower than the region’s year ago rate of 5.1%.

Levy County held the lowest unemployment rate (2.8%) in the region, followed by Marion County (3.0%) and Citrus County (3.5%). The rates in all three counties rose by 0.2 percentage points.

“There are lots of opportunities [in the tri-county area] for anyone seeking good, gainful employment,” he said.

Additionally, compared to all the metros across the state, the Ocala metropolitan statistical area (MSA) had a 3.0% unemployment rate as well, ranked fourth in Florida, tied with Lakeland-Winter Haven. Sebring MSA (3.6%) had the highest unemployment rate, according to the jobs report.

Florida lost 1,282,500 jobs from February to April 2020, according to the DEO, and has since gained back all jobs lost (+1,506,100 jobs). All ten major industries experienced positive over-the-year job growth in May.

Despite the gains, Florida has seen increases in people leaving jobs for 14 consecutive months to pursue better pay and benefits.

Jimmy Heckman, DEO bureau chief of workforce statistics and economics, said in a conference call with reporters that the growth of people leaving jobs indicates “individuals are more optimistic about their ability to find work if they leave their current job.”

“This pattern is also the result of the continued decline in total unemployment, as the labor force expands and the pool of people experiencing persistent unemployment shrinks, the voluntary transitions will naturally tend to grow as a share of employment,” Heckman said.

Gov. Ron DeSantis spoke to reporters on June 16 in Miami regarding the cost of gas across the country.

“A lot of states are even higher than what we’re seeing in Florida [at the pump],” said DeSantis. “There’s been places like out in Nevada, California, they’ve been over five, six bucks for a while. And so, this is really, really problematic, and it has a huge impact on people’s ability to make ends meet. And it permeates things like what you see in the grocery store.”

State and local employment reports for June 2022 are scheduled for release on Friday, July 22.

Previous reporting done by “News Service of Florida” contributed to the writing of this article.