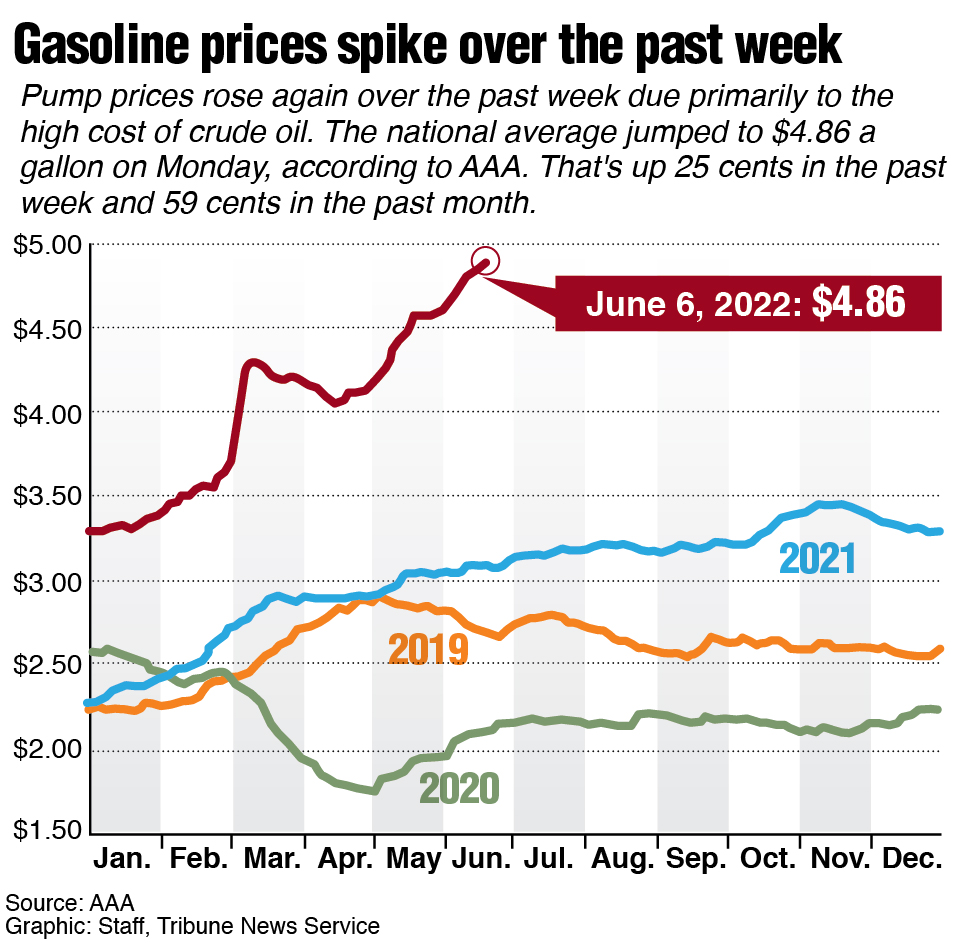 The average price of a gallon of regular unleaded gasoline has topped $5 in parts of South Florida, while statewide prices hit another record Monday at $4.89, according to the AAA auto club.

The average price in the West Palm Beach and Boca Raton area was nearly $5.02. Statewide average prices were up 13 cents a gallon from last week and 42 cents from last month.

“This is some unprecedented pain at the pump that we are seeing,” AAA spokesman Mark Jenkins said. “We are setting new records and not in a good way.”

The national average for a gallon of regular unleaded was $5.01 on Monday.

Jenkins said drivers shouldn’t expect prices to go down anytime soon. “We just don’t know what the next month holds, let alone what things are going to be like next week,” he said.

While the highest prices in Florida were found in the West Palm Beach and Boca Raton area, the least-expensive gas was in the Fort Walton Beach and Pensacola areas of Northwest Florida.