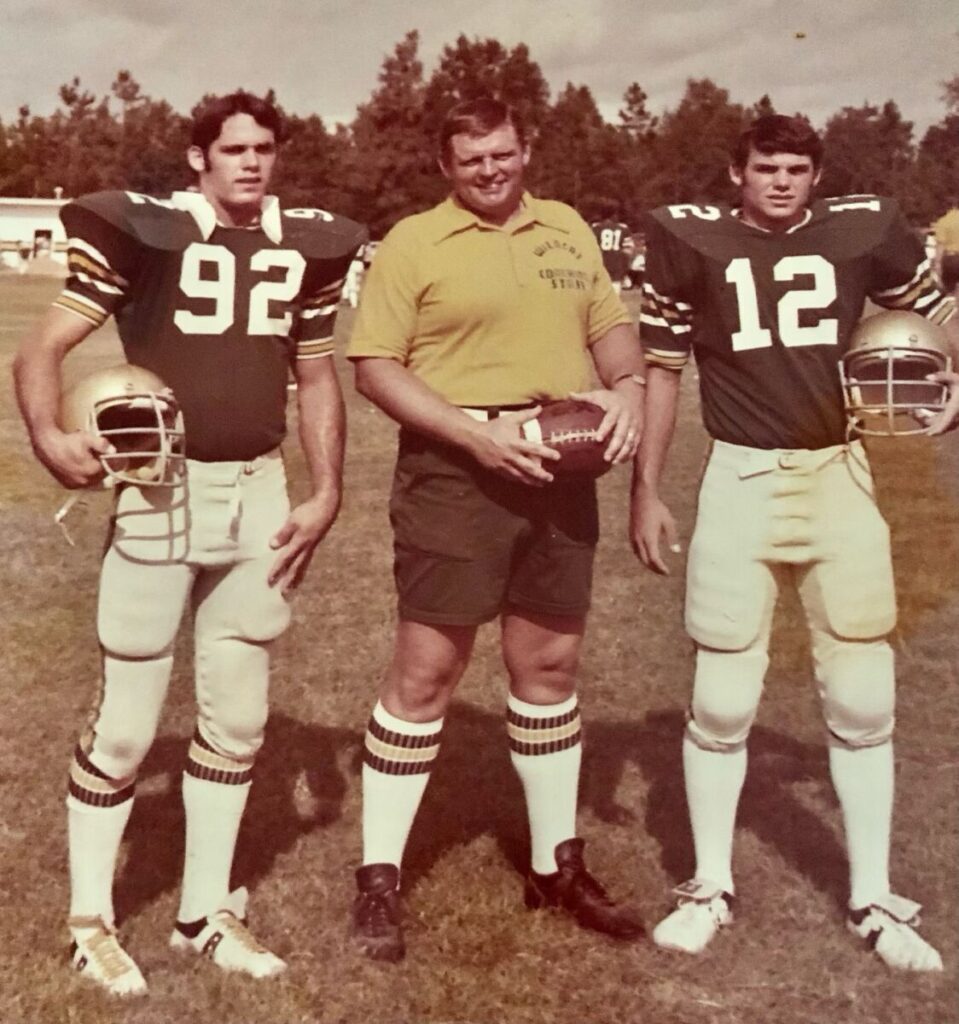 Hall, who gained acclaim after coaching Forest High to back-to-back state championships in 1974 and 1975, had a storied coaching career across Florida. He also coached Jefferson High School (Monticello) to a state championship in 1966 — a team that included future NFL Hall of Famer Jack Youngblood.

“You hope to have a couple people in your life who make a difference,” said Trinity Catholic head football coach John Brantley, who quarterbacked Hall’s ’74 Forest championship team. “He definitely made a difference in a lot of young men’s lives in our community.”

Hall had a career record of 149 wins, 98 losses and 2 ties. In addition to coaching at Forest, he was head coach at Jefferson County (Monticello), Suwannee High (Live Oak), Spruce Creek (Port Orange) and Belleview High School. His final stint was at Belleview, where he led the Rattlers to four consecutive postseason appearances. He retired from coaching following the 2000 season.

Hall was inducted into the Florida High School Athletic Association Hall of Fame (FHSAA) in 2001 and the Florida Athletic Coaches Association Hall of Fame (FACA) in 2003. In addition to winning a trio of state championships, Hall was named the FACA coach of the year four times – 1966, 1974, 1975 and 2000. In 2015, Belleview High named is football field “Brent Hall Field at the Strike Zone.”

Those who played and worked for Hall remember a no-nonsense leader who expected hard work and results.

“He knew what he was doing and knew how to get you to do your best and how to play your best,” said fellow Hall of Fame coach Dwight Thomas, though Hall was never “a rah-rah kind of coach. He made kids believe. He made coaches believe. As a coach or a player, you were to do your job. That was what was expected. And we did it.”

David Lancaster, a former Forest player and later an assistant coach under Hall, said “love of country” and its history were evident in the late coach’s approach on the football field.

Hall was a history teacher and school administrator throughout his career. Lancaster remembers a conversation he had with Hall about Gen. George Patton.

“He taught history,” Brantley said. “His Friday night speeches were built around battles and wars, and how we were going to win the war.”

Hall coached more than 1,500 young men in a career that spanned four decades. In a 2015 interview with the Ocala Star-Banner, it wasn’t the championships or the hall of fame inductions that he wanted to talk about, though. Rather, he wanted to talk about the players and coaches who had gone on to be successful in their lives and their communities.

“When you embark on a coaching career, you have high hopes,” Hall said. “I just believe in working day to day and staying true to yourself and the people around you. That’s the key to success in life. Anything that comes after that is just gravy.”

Brantley said that was Hall every day.

“He was hard, but he was fair. He just wanted to bring out the best in every player he came in touch with. He sold the word ‘team.’ We didn’t have any individuals on our team at Forest.”

A memorial service for Brent Hall will be held at 11 a.m. on Friday, July 1, at the First Presbyterian Church of Ocala.