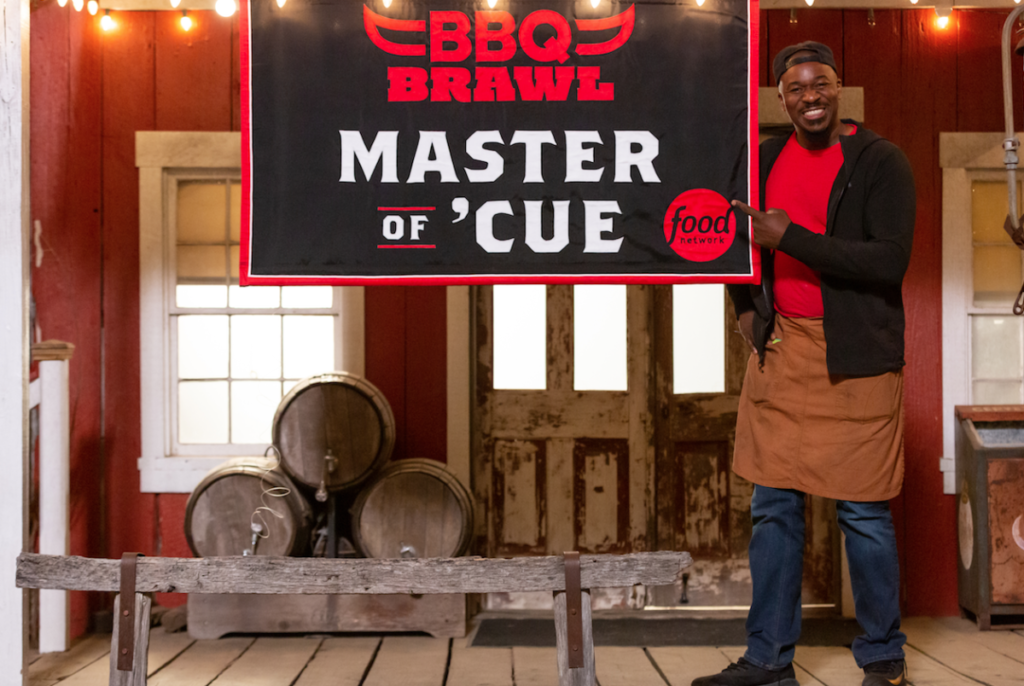 The local celebrity, businessman and pitmaster had gathered his family, friends and many supporters to the Bank Street Patio Bar in Ocala for a finale watch party on Monday, June 27, which he simultaneously shared on Facebook Live.

After the watch party witnessed his win, Jones stood up and gave a short but impassioned speech, raw joy apparent on his beaming face.

“I feel this is a huge moment for Ocala. This is a huge moment for what we do in barbecue,” said Jones on Facebook Live. “It’s one thing to hit homeruns in your own backyard. It’s a different thing to go into a stadium that you’ve never played in before, against players you’ve never played against before, and see if you can still hit that same homerun.”

Jones thanked his wife and kids, his in-laws and his Big Lee’s family of workers and patrons, all of which helped to keep his family-owned business going strong while he was away in Austin, Texas, last year shooting the television show.

“They held it down so I could focus,” said Jones. “I’m just very grateful.”

The show, which premiered on the Food Network on May 9 and was available for streaming on discovery+, ran for eight episodes, airing every Monday.

Set at the famed Star Hill Ranch, “BBQ Brawl” starred superstar chefs Bobby Flay, Anne Burrell and Jet Tila, who mentored and coached nine upcoming stars in the barbecue world, including Jones, with culinary battles that tested their skills and their ability to work together as a team.

Competitors were divided into three teams under the tutelage of Flay, Burrell and Tila. In each episode, the three captains guided the hopefuls in two rounds of grilling and smoking challenges.

And in the show’s Monday finale, a panel of judges featuring barbecue legend Rodney Scott, famed chef Brooke Williamson and lifestyle personality Carson Kressley decided that after eight hard-fought episodes Jones was worthy of being crowned “Master of ‘Cue.”

Jones will next appear across Food Network’s digital platforms to become its official BBQ expert for the year.