Spending some time with Amira Sims

The professor and poet will perform at NOMA Gallery’s “Solstice: A Celebration in Verse” this Tuesday. 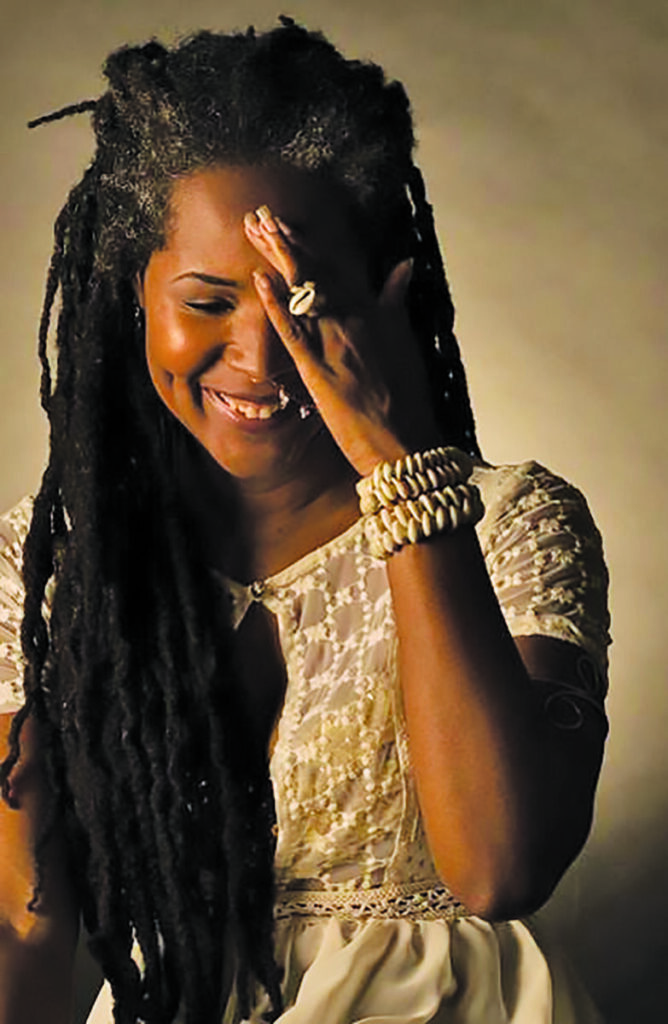 Amira Sims, a full-time professor at the College of Central Florida, connects with people and heals with her words, whether at the classroom podium or onstage at an open mic.

I find time to be me.

I carve out a little space to write, to draw, to breathe, to exist.

In these spaces, although time is limited, my focus and my belief in the ability to make things better are limitless.

Wherever she’s speaking, Sims stops people in their tracks with her expressive and empowering words.

Between teaching, volunteering for nonprofits, participating in Spoken Word Ocala, and being a single mom to four, she manages to slow down and to take time to stop and reflect.

Lately she’s been most active with Spoken Word Ocala, which formed when former Appleton Museum curator Patricia Tomlinson. She and a group of writers also meet once a month at local libraries to free-write and give each other feedback.

On Tuesday, June 21, Sims is coordinating “Solstice: A Celebration in Verse” with NOMA Gallery and Spoken Word Ocala.

The night of spoken word by local poets happens during sunset on the longest day of the year, and the writers are drawing from inspirations about their place in time.

History, Sims said, is a big part of our consciousness of time and identity, both individually and as a community. She participated in an advisory team with Dr. Patrick Coggins, a speaker on cultural competence and consultant from Stetson University. The committee, appointed by Marion County School Board members and headed by Frank Rasbury helped the local school board achieve exemplary status in the state for their curriculum.

“We were trying to figure out how to infuse African American and Latino history into the K-12 system,” she said. “We would meet and brainstorm ideas. … For me, it’s like there’s this continuation or this flow. And when you think about it, knowing history is helpful because you don’t want to make the same mistakes and have a recurrence of what happened in the past.”

Sims has also volunteered for the local jails system, helping inmates write their feelings and find their creative inspiration through poetry and other creative writing.

Though she has been a productive and celebrated participant in Ocala’s local culture, Sims has had to confront racism and recalibrate her resolve.

In her poem, “Ode to Ocala,” she writes:

Welcome to Ocala, where the sky is blue, the temperature is just right, and the work is meaningful

Just as it occurs when you enter the prison, you must consent to being frisked, interrogated, to surrendering your i.d and driver’s license, but don’t’ surrender your dignity or your identity

Allow them to look you over, to pat you down, to harass you

Let them feed the piranhas in your stomach pool

Let them be the compost in your garden

Sims grew up in New Jersey and Atlanta, where she used to compete in poetry battles (and still does when visiting family). She married a military man and has lived in different cities across the U.S. It took a while, but Ocala is her hometown now and an inspirational base for the 47-year-old to make her second act in life her best one yet.

“I think just the moving around it’s made me more aware of time mainly because when you stay one place, it’s like you have people in your life that are just there forever, but when you’re moving you learn that if you don’t slow down and enjoy it, you won’t be fulfilled. … I’ve also lost several family members and friends. With moving often and because of death, coming to Ocala has really slowed me down. I’ve been kind of like in slow motion compared to when I’ve lived in other places.”

Sims also feels like she was born to be a teacher. She teaches psychology classes at CF and is working toward a doctorate in educational psychology.

“I want to ultimately be a public speaker,” she said. “I do a lot of motivational talks here and there and want to do more teaching on the everyday application of psychology.”

Time for reflection is paramount above all. “Along with being in the present, you need to be aware of the future and the past,” Sims said, adding: “I have this Sankofa, it’s a principle and a symbol. It’s a West African picture of a bird, looking back over his shoulder and the message is it’s never too late to go back for that, which is lost.”