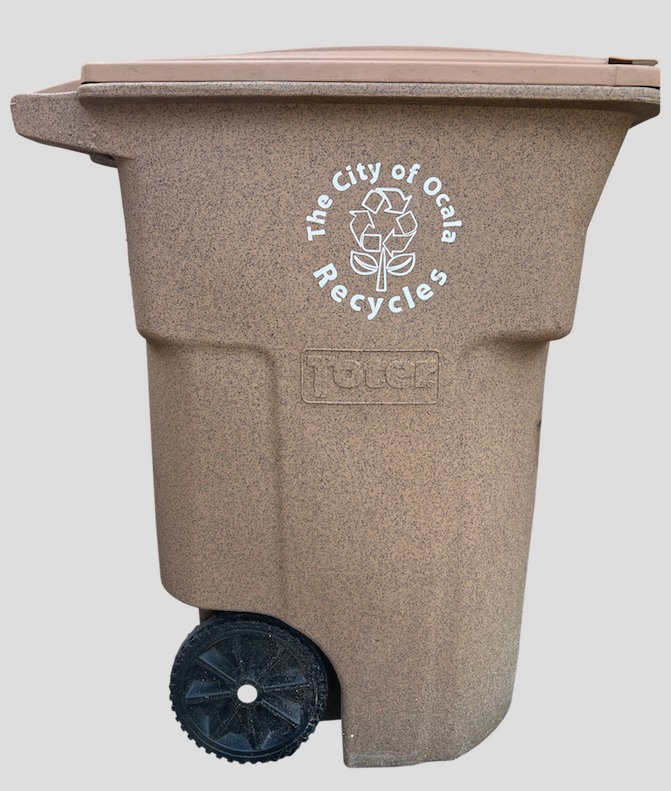 Ocala officials met recently with companies that haul and dispose of the city’s trash and recyclables to sort out several issues ranging from a revised definition of how certain facilities function to how waste may be collected in the future.

The May 4 forum, which included Ocala’s Public Works and Growth Management departments and members of the solid waste community, provided information that will help city staff update ordinances dealing with waste management practices.

Staff proposed a revised definition of an ordinance to include a Materials Recovery Facility, which is “a solid waste management facility that provides for the extraction from solid waste of recyclable materials, materials suitable for use as a fuel or soil amendment, or any combination of such materials.”

The current ordinance only defines recycling centers and C&D landfills. There is no mention of MRFs or solid waste transfer.

Jerry Laurenco, owner and operator of Friends Recycling Center (FRC) in Ocala, wants the city to recognize his facility the same way the state does, that is, as a Materials Recovery Facility, or MRF.

Currently, Ocala only recognizes FRC as a recycling center.

The dispute really starts with the green and brown receptacles that Ocala businesses and residents use. Brown containers are meant for recyclable materials, which are then transferred to a recycling center. Green containers are for garbage. This content goes to the landfill.

That’s how the city sees it. No gray areas, just green and brown. No matter what the state says FRC can do, Ocala officials say the city code supersedes the state.

Laurenco insists state rules allow him to operate his recycling center as an MRF. This would allow him to receive both brown and green containers and sort out the recyclable items from both, since both kinds of containers typically contain a significant amount of garbage along with recyclables. This mixture, known as contamination, comes from people not differentiating between the receptacles they use for their recyclables and garbage.

Laurenco wants the city to rewrite its code to include MRFs in the ordinance language, allowing him to operate his facility as designed, something it cannot currently do within city limits.

So far, though, the city has stood by its code.

Under the Florida Department of Environmental Protection (DEP) regulations, no more than 10% of the contents of each truck that enters the FRC site can be contamination. At that level, the site is considered a so-called “clean murf.” If the percentage is more than that, the facility is considered a “dirty murf” and must be properly permitted by the DEP.

Obviously, it is impossible to know whether a truck’s load has 10% or less contamination until the contents are dumped out on the floor and inspected. Preferably, a MRF is designed and equipped to handle both clean and dirty levels of contamination at any given moment.

FRC is permitted through the DEP to accept Class 1 garbage (defined as potentially toxic or dangerous waste) and Class 3 garbage (includes inert, insoluble material, e.g., rock, glass, bricks and dirt) as well as C&D (construction and demolition) debris, which commonly consist of drywall, concrete, wood and metal, as well as yard waste.

Also in the refuse business are transfer stations, where garbage trucks dump their loads on the floor, front-end loaders scoop it up and put it into semi-trailers, which then take it to a landfill.

Another topic discussed at the forum was single-stream solid waste disposal versus dual-stream.

Laurenco described single-stream, which is the system that Marion County uses, as two bins at the curb: one for garbage and one for recycling. Dual-stream includes a number of other bins that further separate recyclables such as cardboard and paper, plastic and metal from each other, each receiving their own respective bin.

Dual-stream allows for a better separation of recyclable materials from garbage and cuts down significantly on contamination, said Laurenco. It is also more expensive.

“It’s more labor intensive,” said Laurenco. “It requires more people to haul it and more trips, which is more expensive. It does enable recycling to be a lot cleaner, though, but labor wise, [the city would have] to pass that cost on to the municipality.”

Ultimately, Laurenco sees that dual-stream might be a big part of Ocala’s future.

“There’s no doubt about it,” he said. “As fast as this county is growing, and the city, you have to have a plan for managing these materials.”

A Planning and Zoning Commission meeting has tentatively been set for 5:30 p.m. July 11 at City Hall in Council Chambers, 110 S.E. Watula Ave.

From there, city staff aims to bring the issues before the Ocala City Council on Aug. 2 and Aug. 16. The agenda item requires two public meetings, according to Ashley Dobbs, marketing and communications manager for the Office of Strategic Engagement.