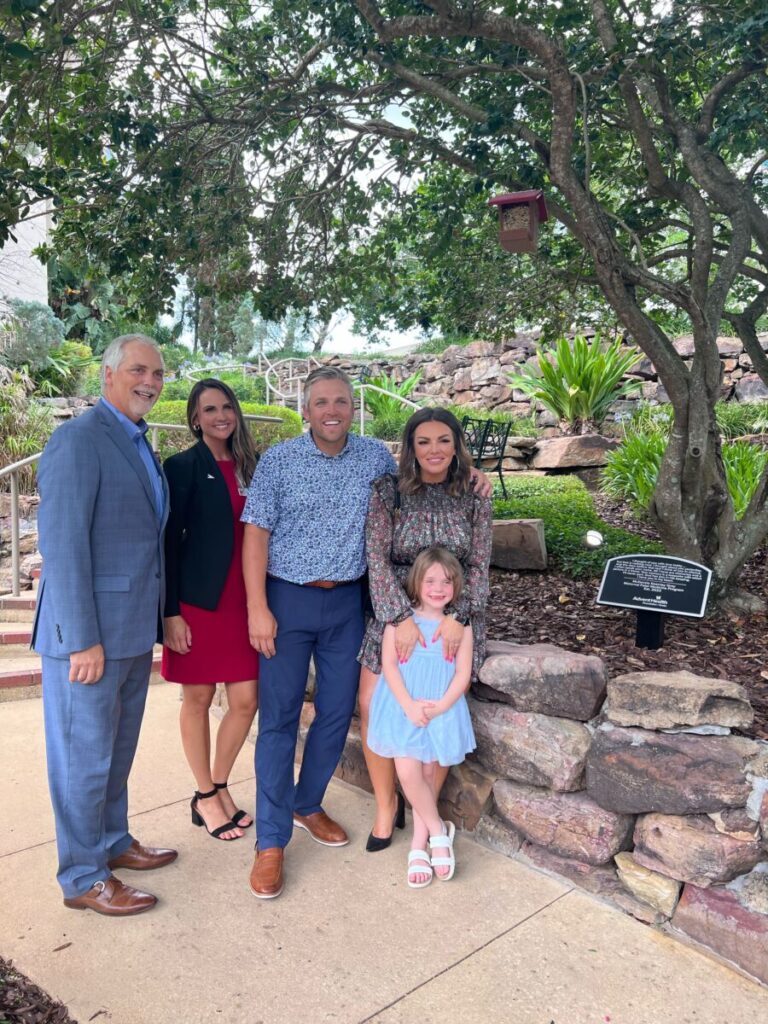 AdventHealth Ocala hosted a surprise unveiling of a garden plaque to commemorate the life of McKenzie Gray and her namesake Maternal Fetal Medicine Program on Tuesday, June 14.

The MFM program is scheduled to launch this fall and will help local women dealing with high-risk pregnancies thanks to a $1.7 million donation from Ocala residents Michael and Kathleen Smith and $200,000 donation from the McKenzie’s Moment Foundation.

McKenzie Kearney Gray Maternal Fetal Medicine program in honor of the late daughter of Kait and Ryan Gray, who passed away several days after she was born premature in May of 2018.

Following McKenzie’s birth, mother and child were separated at two different hospitals, one providing care for Kait and the other having a neonatal intensive care unit where little McKenzie received care.