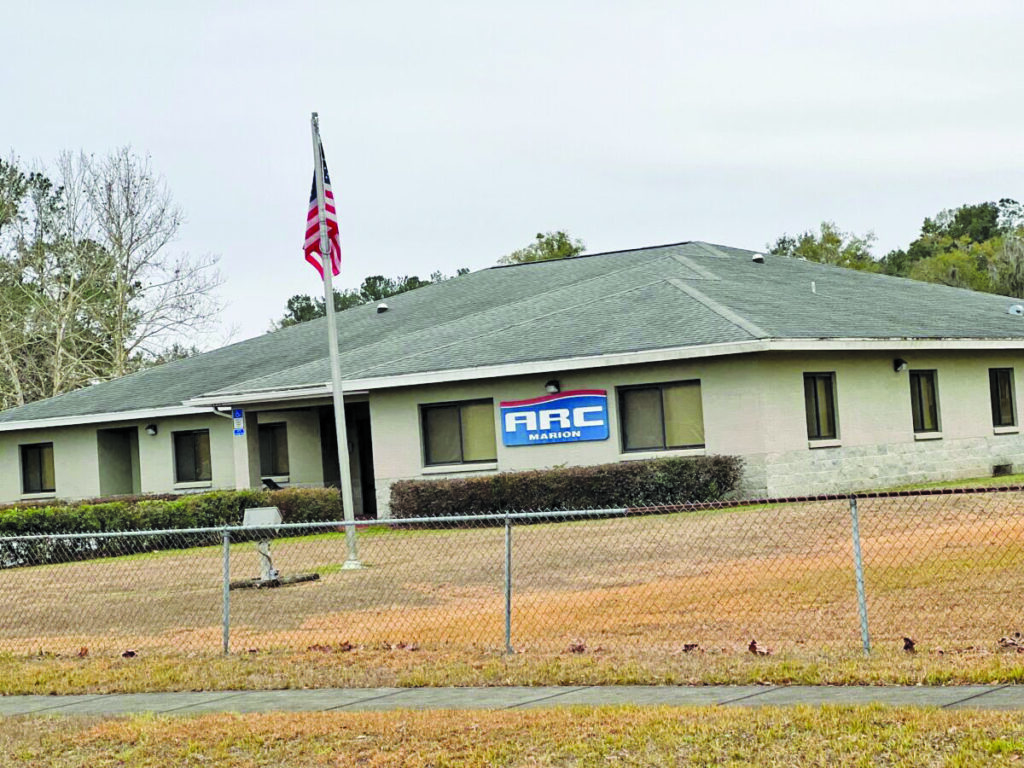 Marion County’s oldest non-profit organization that serves people with disabilities has hired a new leader after an extensive months-long search and interview process.

The Board of Directors of the Advocacy Resource Center, or ARC Marion Inc., officially announced the appointment of Sean McLaughlin as its Chief Executive Officer earlier this month, but he arrived at its helm in March.

McLaughlin replaces Frank Sofia, who led the agency since 2016. Sofia is planning to retire at the end of June after 14 years as its chief financial officer.

In its announcement, ARC Marion’s Board of Directors wrote its desire for a new CEO was to “find a person with strong leadership and organizational capabilities, a visionary who will take us forward into a new and rapidly changing world.”

“More importantly,” it also read, “We wanted a leader who is committed to creating opportunities and demolishing barriers, so that people with disabilities in Marion County, can be seen, heard, and valued.”

“In Sean, we found that his passion is infectious, and, we believe that you will too,” it concluded.

McLaughlin has already implemented major changes during his short tenure at the organization, founded by a group of parents in 1959 as the New Hope School for Children, and brought in much-needed funds to bolster its coffers.

“We’ve been able to bring in over $2 million since March either through fundraising efforts or government grants that came in,” said McLaughlin, who has a bachelor’s degree in criminal justice from the University of Massachusetts and a master’s degree in nonprofit management from Northeastern University.

“We tapped into those donors that want to be a part of the narrative of change here,” he said. “Our overall revenues are up as well.”

Like other non-profits, ARC Marion, which offers Adult Day Training (ADT) and operates two group homes at its SE Maricamp Road campus, grappled with a drop in donations and the cancellation of major fundraisers due to the COVID pandemic in 2020 and 2021, although it did receive government stimulus relief funds.

It also struggled with keeping or hiring staff during the pandemic, while also dealing with a state-mandated gradual increase to a $15 an hour minimum wage for direct care employees by 2023.

“I think everyone struggled throughout COVID; I’m glad we’re through with it,” said the Army and National Guard veteran. “The bigger the agency the higher the overhead.”

McLaughlin’s changes at ARC Marion have included an increase of staff through a hiring campaign and a major rehaul of the agency’s ADT program, which will now fall under four unique umbrellas instead of focusing on contract or piece work.

“In talking to our ADT clients, we found out they wanted a more meaningful day and didn’t want to do contract work,” said McLaughlin who formerly served as the Chief Operating Officer of The Loveland Center in Venice from 2018 to 2021, an organization similar to the ARC Marion, and has owned Lolie Consulting, which helps individuals with physical and intellectual disabilities access supports and services in Florida, since 2014.

He also previously served as an Independent Support Coordinator for the Children’s Home Society in Fort Myers from 2010 to 2017.

The 60 clients currently in ARC Marion’s ADT program (up 23 percent since March, McLaughlin said) can now choose either a Recreation track, which centers on movement, recreation, and socialization, or an Independent Living track for those who live outside the family home that focuses on employability, social, shopping and cooking skills.

There’s also an Education track aimed toward helping clients learn skills to be as independent as possible and become productive and valued members of society, and a Contract or piece-work track that allows clients who value working, even at sub-minimum wage, to continue to do so.

“We want to figure out what they are passionate about and build life skills around that,” he said.

In the meantime, ARC Marion’s two group homes, one is a men’s residence while the other houses people with higher medical needs, are once again fully staffed and profitable, with a waitlist of potential residents, said McLaughlin.

“I’m more of a cheerleader and not all doom and gloom,” he said. “I try to get people motivated and excited.”

McLaughlin said growing up with his Aunt Nancy, who had Down syndrome and passed away two summers ago, greatly impacted his life and nudged him towards a career in helping people with disabilities.

“I think everyone in this profession had someone like her that touched them and brought them into it”, he said. “She was a major part of my life.”

McLaughlin said his initial thoughts in making the move from South Florida to the Ocala area was that it would be temporary and not permanent, but that’s not the case now.

“I thought I would be here for four or five years and then go back home,” he said. “But now I’m all in and I’m sticking around wondering if I’ll have a park named after me one day.”