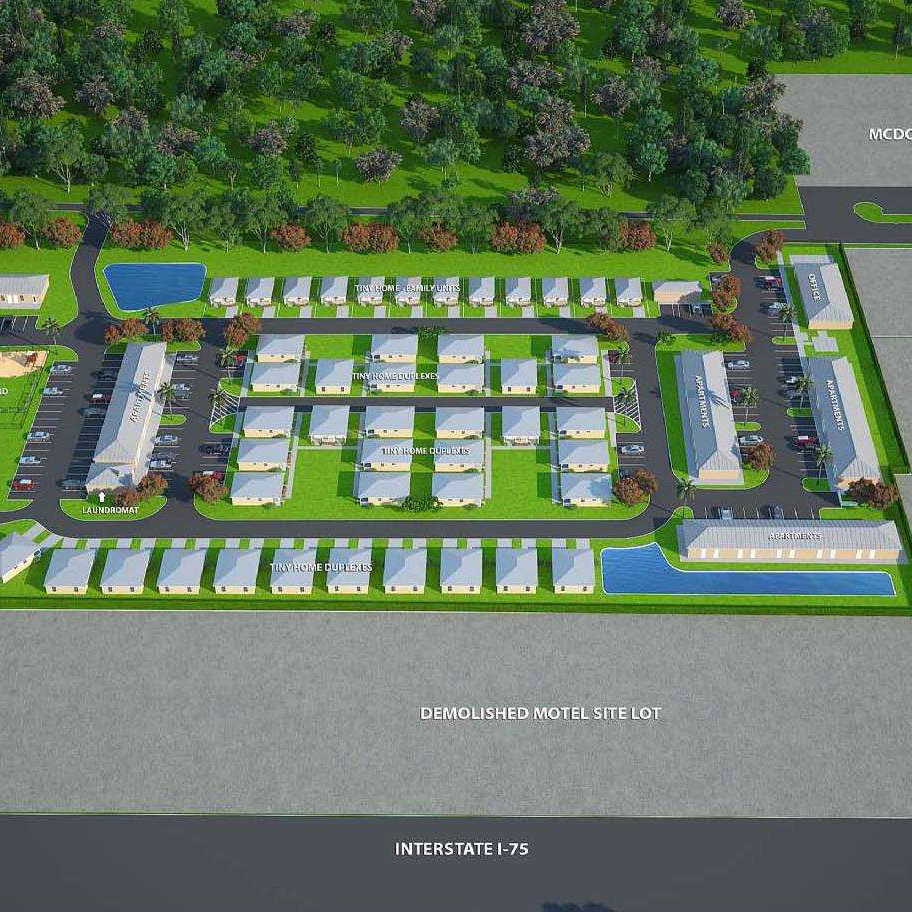 Saving Mercy, which is set to be constructed in five phases, will provide 144 units of housing for Ocala’s homeless population upon completion. The project is estimated to cost a total of $13.5 million, according to Saving Mercy’s executive director Rick Casey.

The non-profit Saving Mercy group received City Council approval Tuesday to break ground on a development that will transition the homeless into stable housing.

The housing community is set to be constructed in five phases, with the first breaking ground as early as the summer of 2021.

According to Rick Casey, Saving Mercy’s executive director, phase one includes construction of 22 units a client service center and a laundry facility. Casey said the organization is still acquiring funding.

“It’s dependent on money,” Casey told councilmembers on Tuesday night. “The project, we estimate, is about $13.5 million. I’m currently assimilating the financing for phase 1 of 22 units, which I hope to accomplish next year.”

Phase 2, which would add 28 units to the community, has a proposed completion date of 2023.

The remaining three phases, which would help the community reach its total of 144 units, are heavily dependent on financing, Casey said.

Saving Mercy bought the 9.31-acre parcel in 2018. Since then, they’ve used the former motel and RV park to get a head start on helping some of Ocala’s homeless population.

According to Casey, Saving Mercy will operate under a “housing first” philosophy, meaning it will welcome anyone needing housing, regardless of possible addictions or mental health disorders.

“Entry to homeless with low barriers or almost no barriers,” Casey explained. “And once they have housing then we all need to improve ourselves and provide them with those services they need. They must demonstrate improvement over the time they’re here in order to obtain what their goal is.”

According to Casey, clients will be required to attend case management and “abide pretty quickly” by behavioral rules.

Casey said clients will have three months to start improving their situations.

“At the end of the three months and you’ve done none of the things we’ve asked of you or recommended you do, we need to help you find alternative housing than here,” Casey explained.

Saving Mercy has high hopes for the community housing project. And though Casey recognizes that not everyone will succeed, the vast majority will.

“Seventy-five percent of people graduate to whatever level of independence they’re capable of,” Casey said.