Life off the race track 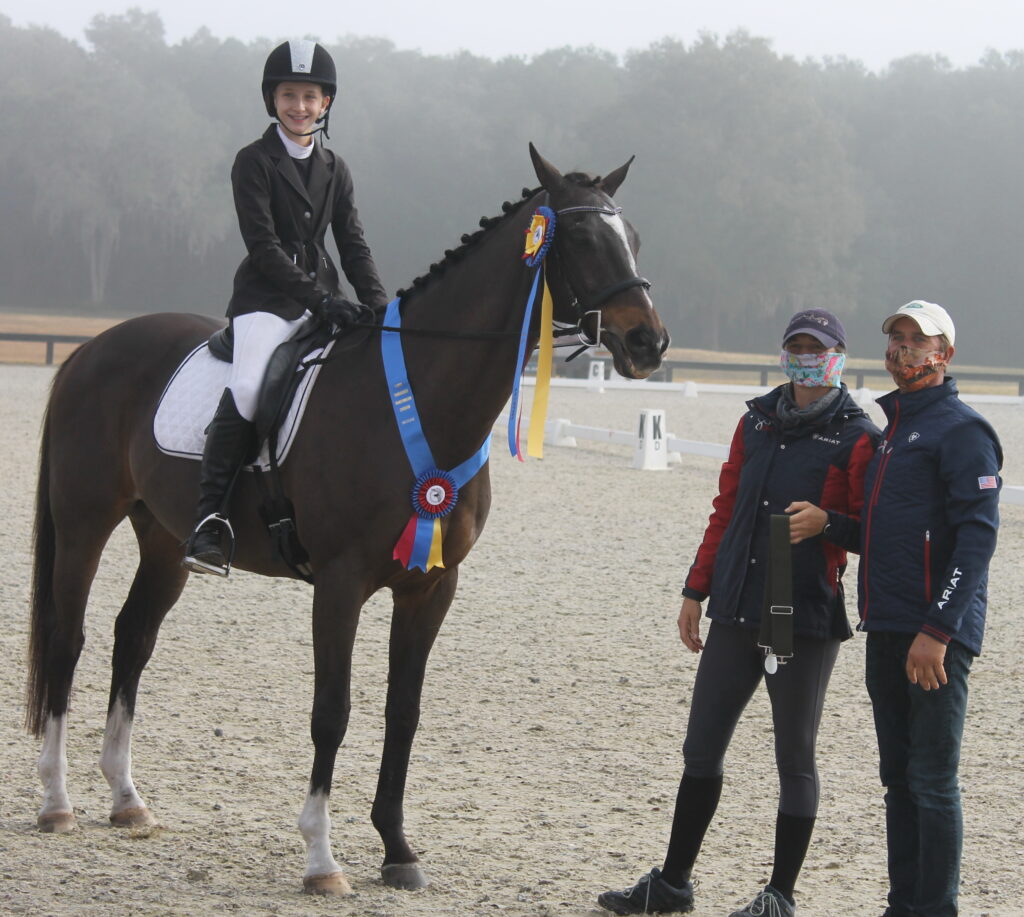 Bailey’s Best may be 21 years of age, but he’s hardly a curmudgeon. Mr. B., as he’s known around the barn, has found the perfect partner in his 13-year-old rider, Sophia Bonenclark. The pair earned top honors Sunday in the The Florida Thoroughbred Transformation Exposition junior dressage division at the Florida Horse Park. The duo also placed fifth overall, competing against professionals and adult amateurs.

“It’s a really nice facility, and of course at every show I’m always nervous,” said Bonenclark, who was poised throughout the competition against more experienced riders. “I do love riding horses, and this show is for people who really love their horses.”

The Fourth Florida Thoroughbred Transformation Exposition provided riders with the opportunity to showcase the talents and versatility of their off-the-track thoroughbreds, as they competed in different disciplines over the course of three days this past weekend.

“This is the second year of us having the event in December, which I think went very well,” said Laurine Lockhart, the show’s organizer.

However, this year’s event could’ve been cancelled because of the pandemic, but a decision was made in early fall to forge ahead.

“We had to cancel a lot of our shows (Run for the Ribbons), which served as fundraisers for the event, so there were a lot of factors that we had to consider,” said Lockhart. “But at the same time, being such a new event, cancelling was the last thing we wanted to do. The entries are a little less than last year. We had 86 horses. This year we originally had 70 entered, but we’ve had a few scratches, so we had about 60 horses.”

There were deep fields in a number of different discipline divisions, with rider/horse combinations competing in show jumper, show hunter, dressage, working ranch, cross-country, showmanship and polo. This year’s polo division actually featured a game, which was the expo’s finale.

Lockhart grew up showing thoroughbreds, and followed in the footsteps of her mother and grandfather as a thoroughbred trainer. 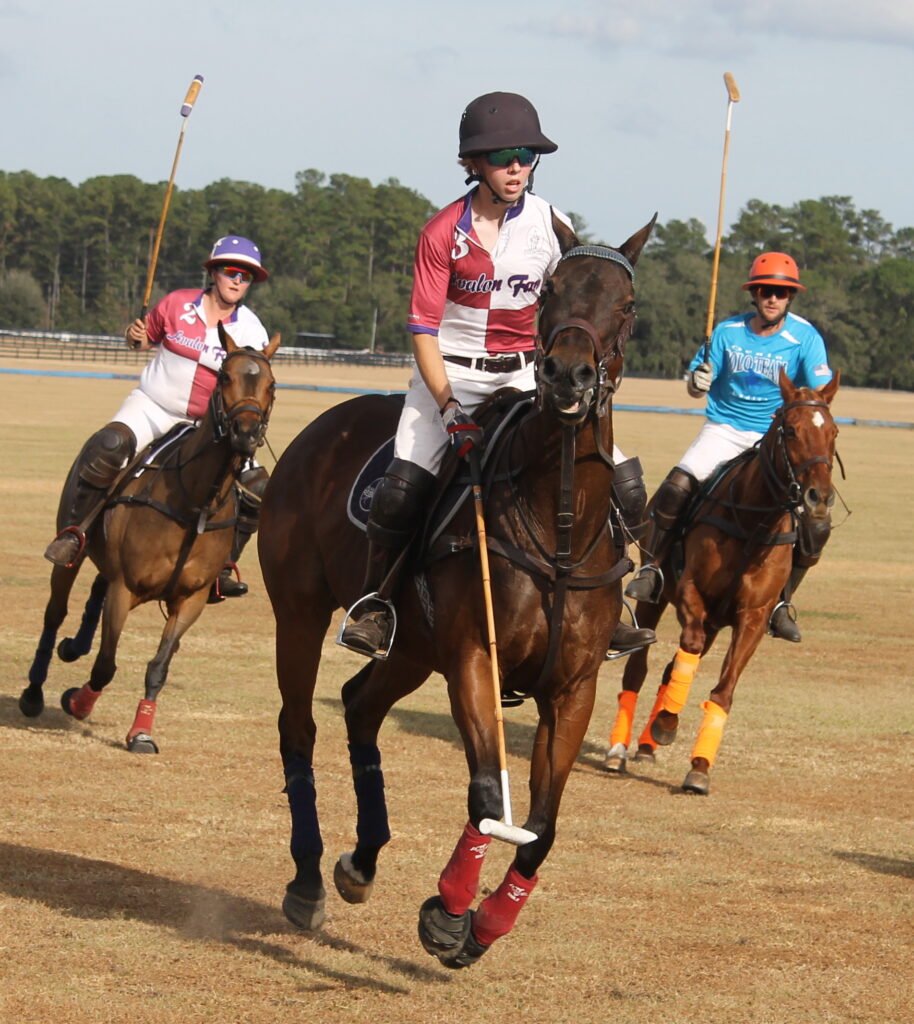 “It means a lot to me,” said Lockhart, whose voice was momentarily choked with emotion. “I’m just grateful to be able to do this for the horses, and for us to be able to pull this off this year, after everything, it means the world to me. All of my happiness, all of my memories growing up, they’re all good ones because of thoroughbreds. They’re the one constant in my life. I can’t thank my mom enough. Without my mom being the horsewoman she was, I don’t think I would be here today in this position being able to offer this.”

Bethany March and her 10-year-old thoroughbred mare, Reign It In, are learning about the sport of eventing together. March has had Reign It In for two years, with the mare having retired from the track in 2017, having raced 46 times. They competed in the jumper, cross-country and training level dressage divisions.

“We’ve done one beginner novice run and that went well,” said March. “We don’t have great aspirations, but I hope to get her to novice one day.”

The bond between horse and rider is a critical component, said Bonenclark.

“They’re good animals, if you can trust them, they can learn to trust you,” said Bonenclark, who has great admiration for the venerable Mr. B. “We get him out of the barn every winter and take him to the shows. He’s just perfect. He’s exactly what you need.”

Lockhart was grateful for the support she has received from sponsors, board members, volunteers, friends and family who helped make the Expo a success. But she believes the event has the potential to grow larger.

“We talked to some of our sponsors this year, who’ve been really great about showing more interest and getting involved next year in helping to get to the caliber of the Kentucky Thoroughbred Makeover at some point,” Lockhart said. “They give out $100,000 in prize money. We’re the Horse Capital of the World. We should have a premier event like that. It’s the perfect place. We just need to get more support and funds. It’s going in that direction, and it’s really exciting for the future.”