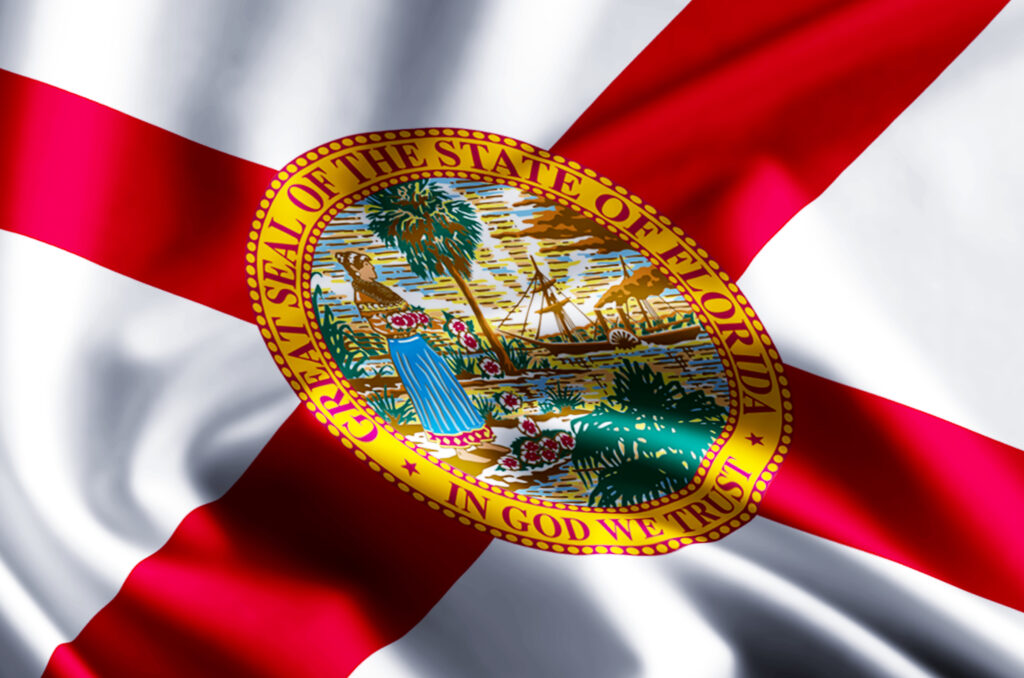 TALLAHASSEE — Federal prosecutors are accusing a Tallahassee man of plotting to “violently confront protesters” at the Florida Capitol on Sunday, as law-enforcement agencies brace for demonstrations in advance of the inauguration of President-elect Joe Biden.

U.S. Attorney for the Northern District of Florida Lawrence Keefe on Friday announced the arrest of Daniel Baker, with a news release from Keefe’s office alleging that Baker “specifically called for others to join him in encircling any protesters and confining them at the Capitol complex using firearms.”

A criminal complaint against Baker detailed a history of social media posts “expressing his belief in violent tactics.” It cited an online article in which authorities say Baker described himself as a “hardcore leftist.” The complaint also included various Facebook posts from Baker that described his ideology, with one saying, “I’m an anarchist and I want to watch capitalist society burn.”

Baker traveled across the country to participate in protests over the summer, the complaint said.

Keefe said in a prepared statement that Baker’s arrest serves as “a message to anyone who intends to incite or commit violence in the Northern District of Florida: If you represent a threat to public safety, we will come for you, we will find you, and we will prosecute you.”

“Extremists intent on violence from either end of the political and social spectrums must be stopped, and they will be stopped,” Keefe continued. “The diligent work in this case by the FBI and other public safety organizations has averted a crisis with this arrest, and we will not stop in our efforts to detect, deter, and disrupt anyone else planning to incite or commit violence.”

The arrest came more than a week after supporters of President Donald Trump stormed the U.S. Capitol as members of Congress met to certify electoral votes that finalized Biden’s victory. It also came as authorities in Washington, D.C., Tallahassee and other state capitals prepare for potential protests this weekend or early next week.

The preparations have come after an internal FBI bulletin warned that “armed protests” in the days leading up to Biden’s inauguration are being organized by Trump supporters at state capitals.

The Capitol Police in Tallahassee sent out an alert Friday following Baker’s arrest, saying the Florida Department of Law Enforcement is “aware of the information regarding possible protests and violence at state capitols.”

Local officials on Thursday ordered Tallahassee City Hall and the Leon County Courthouse, which are each across the street from the state Capitol, to close Tuesday and Wednesday in anticipation of possible protests. Biden and Vice President-elect Kamala Harris will be sworn in Wednesday in Washington.

Tallahassee Mayor John Dailey on Friday requested that Gov. Ron DeSantis call in the Florida National Guard to help protect the Capitol. He pointed to National Guard members who will be in Washington to help with the inauguration.

“I am glad that our state is deploying 600 National Guard troops to help protect the U.S. Capitol, but with the clearly expressed threat being state capitols — and with the news today that a Tallahassee man has been arrested by federal law enforcement for issuing a ‘call to arms for like-minded individuals to violently confront protesters gathered at the Florida Capitol this Sunday’ — I believe that more resources are necessary,” Dailey said in a prepared statement.

DeSantis’ office did not respond to a question Friday from The News Service of Florida about whether the governor would request a National Guard presence.

Baker had a first appearance in federal court Friday, appearing on a live feed from a detention facility and wearing an orange jumpsuit with his head shaved. He  is charged with transmission, in interstate commerce, of a communication containing a threat to kidnap or to injure. If convicted, he would face a maximum of five years in prison and a $250,000 fine.

He was appointed a federal public defender, with preliminary and detention hearings scheduled Thursday.

The FBI has been aware of Baker’s social media threats since October, according to court documents.

“Recently, however, Baker has been posting messages and multimedia to his Facebook, Instagram, and YouTube accounts that have been increasingly ripe with extremist rhetoric,” the complaint said.

Baker served in the military for about a year until 2007. He was a U.S. Army Airborne infantryman, before receiving an “other-than-honorable discharge” for going “AWOL before his unit was to deploy to Iraq,” the U.S. Attorney’s office said. He experienced a nine-year period of homelessness after being discharged, authorities said, before joining a group fighting in Syria against ISIS and the Turkish government.