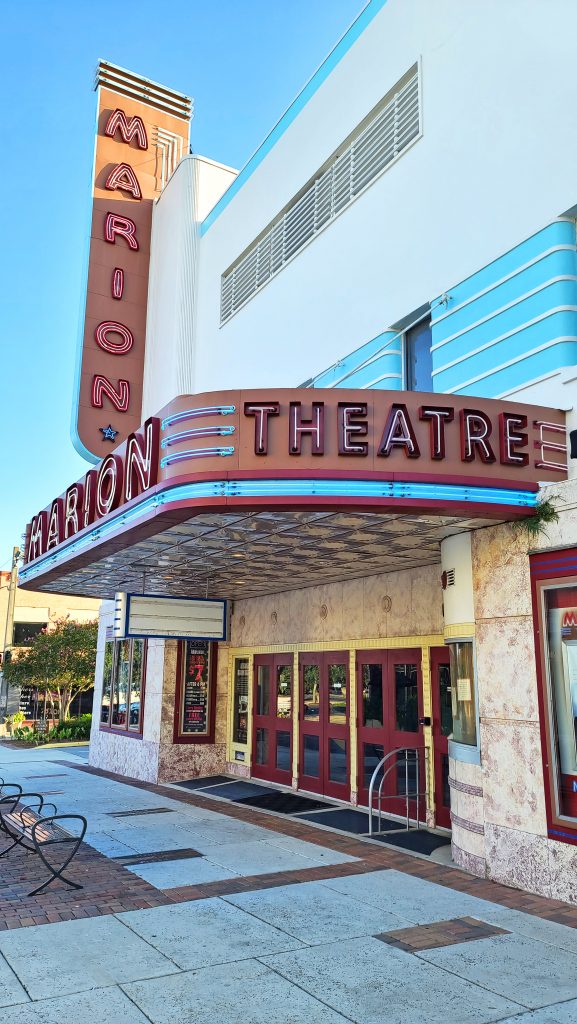 Several series are also being planned, including a summer series for kids, and a “Silver Screenings” series that will showcase matinee viewings of classic black-and-white films.

The Reilly hopes diverse programming of this kind will build potential for the creation of unique downtown cultural experiences centered around film, art and music. More details and a full calendar of events will be announced in the coming weeks.

“We are looking forward to being a part of the downtown landscape and working with restaurant and retail partners in a creative way,” said Pamela Calero Wardell, executive director of the Reilly Arts Center. “We see this as both a great responsibility and an awesome privilege to manage and program one of Ocala’s most iconic landmarks. There’s a lot of work to be done, and we are ready to do that work for our community.”

The Marion Theatre will re-open operating under CDC guidelines and require social distancing as well as the use of masks/face coverings.

The Reilly Arts Center also announced on June 20 that they will soon begin construction of their $4 million expansion project and expect that work to last approximately nine months. The Reilly’s management of the Marion Theatre will allow Reilly staff to continue bringing arts and live entertainment experiences to Ocala even while construction on the new expansion is underway.