Ocala woman storms to USEA Rider of the Year honors 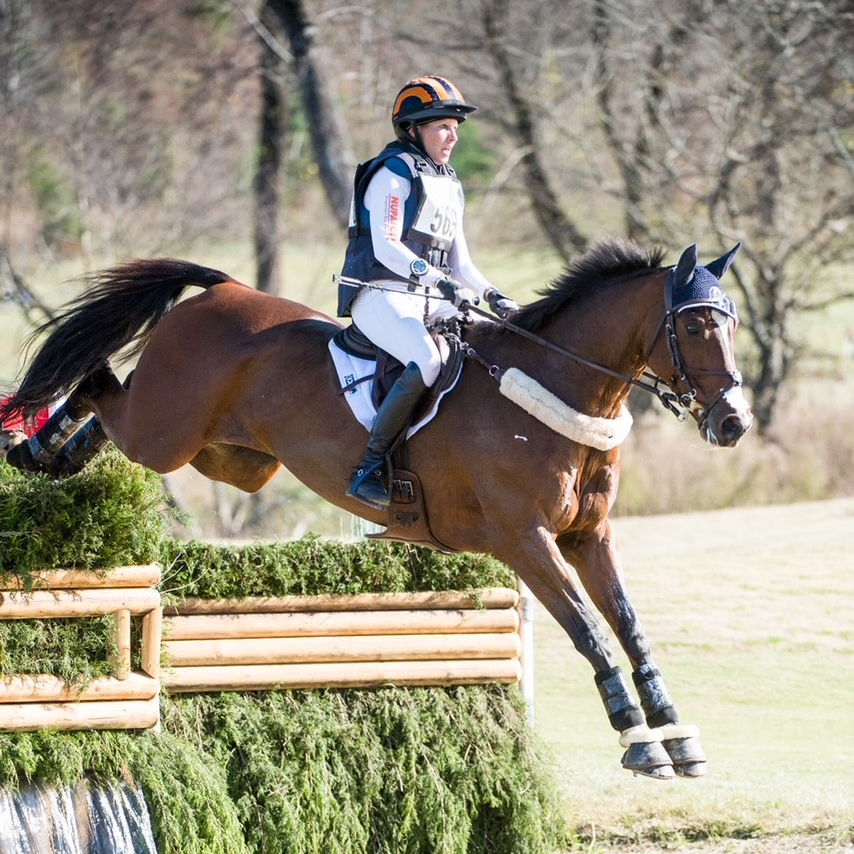 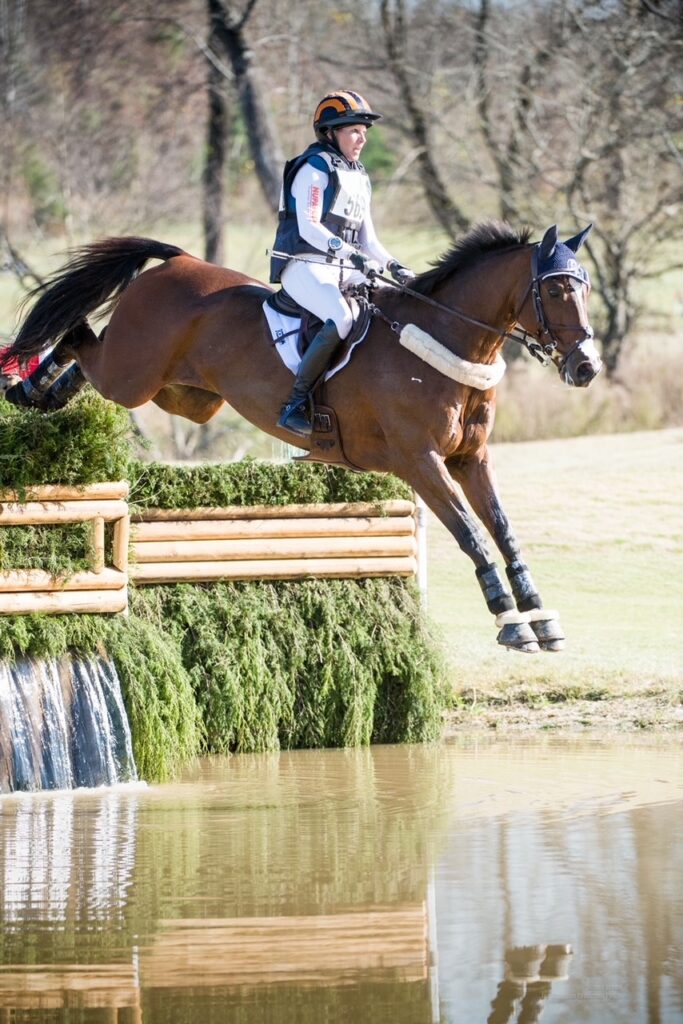 It was the first time Halliday-Sharp has based herself fulltime in the United States, coinciding with 2020’s pandemic, which would have had its own set of problems had she been travelling to the United Kingdom for the summer as she has in the past.

“It turned out it was the right year to do it,” said Halliday-Sharp. “Every year I’ve sort of been up in the point standings when I’ve left for the U.K, but obviously I’ve missed out on half the season. So, this is my first full season back in the U.S. in 20 years, so it’s kind of cool to win the title my first time back.”

“It’s funny, in this sport, I really don’t think of women and men as being separate,” said Halliday-Sharp. “I think of us all competing against each other. It’s not something that ever comes into my head space, when I’m going. I was very surprised to learn that it’s been 39 years since a woman has won the title. That blows my mind actually. I don’t think it should be a thing in the sport.”

Halliday-Sharp said the divisions between male and female competitors were more evident when she competed in motorsports years ago.

“For many years I was involved in motor sport, and it felt a lot more separate then because there were so few women in the sport,” she said. “But in horse sport, I think we should all just think of ourselves as equal competitors trying to win and be our best. That’s the way I’ve always looked at it.”

It was a large undertaking, with Halliday-Sharp competing all over the East Coast of the United States, riding 13 horses, and claiming nine international titles and 16 national titles, to secure the World Equestrian Brands Rider of the Year.

Logistics and management were critical components in her success. But having the right kind of support was also a key. She also wanted to thank her owners and the role they played, Ocala Horse Properties, the Monster Partnership and the Stormwater Group.

“We were certainly on the road a lot,” said Halliday-Sharp. “Whenever we were England in the summer, we did a lot of travelling, especially later in the year. We were competing in Europe as well as all over England. It didn’t feel that different to be that busy and on the road, but a big part of how it worked was I have such an awesome team around me. My head groom, Claire, she loves to drive and she would drive the trailer to a lot of the events, so I could fly and stay home and ride the other horses.”

One of Halliday-Sharp’s goals in 2020 was to not spread herself too thin at the shows. She limited the number of horses to between four and six at the major competitions. The lesser numbers would allow Halliday-Sharp to focus on giving those horses the best possible ride.

“We kind of found our way through because I’ve never competed on the East Coast in the summer in my entire life,” said Halliday-Sharp. “And then we moved to our Kentucky Farm (Blue Fox Farm, Lexington). So, it was definitely a learn-as-you-go experience. It felt weird to be going to loads of venues that I’ve never been to. Luckily, the horses really shone through for the plans that we made, which was good.” 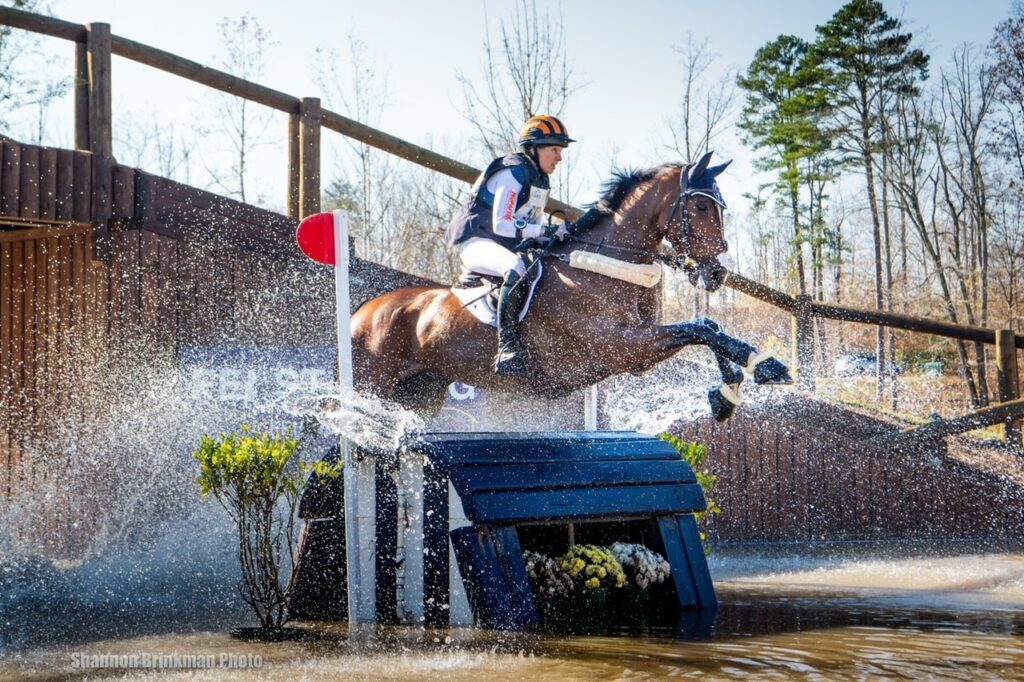 There was added stress with moving to Blue Fox Farm in June, being that the barn hadn’t been totally completed.

“We just said, ‘That’s it, we have to go’ because all of the shows were happening up North,” said Halliday-Sharp. “I wasn’t prepared to travel my horses that far from Ocala (from her farm Horsepower Equestrian). It’s a big undertaking when you build a barn from scratch … but I don’t think I’ve really had time to fully embrace the fact of what I designed has come to fruition.”

Halliday-Sharp has a deep string of horses, who possess great talent and athletic ability. She remains poised to compete on the world stage in 2021.

“I would say my number one horse at the moment is my biggest hopeful for Tokyo (Summer Olympics) is Deniro Z,” she said. “Deniro had an amazing year. He was the winner at both the Plantation Four-Star (horse trials) and Great Meadow’s Four-Star, and I was very proud of him. He nearly won the Four-Star at Tryon, but had the last rail down. It was a difficult pill to swallow, so to speak. But it’s what makes us better. He jumped very well and he’s a wonderful horse.

“Fernhill by Night is my old boy. He’s 17 this year. I’ve had him for nine years. He’s like a fine wine. He keeps getting better. His performance at Stable View is one of the best performances he’s ever put in. I have a really exciting group of young horses coming through, a bunch of 7-year-olds, Cooley be Cool is one to watch.

“It’s really a great feeling as a rider when you know you’ve produced most of them from young horses.”