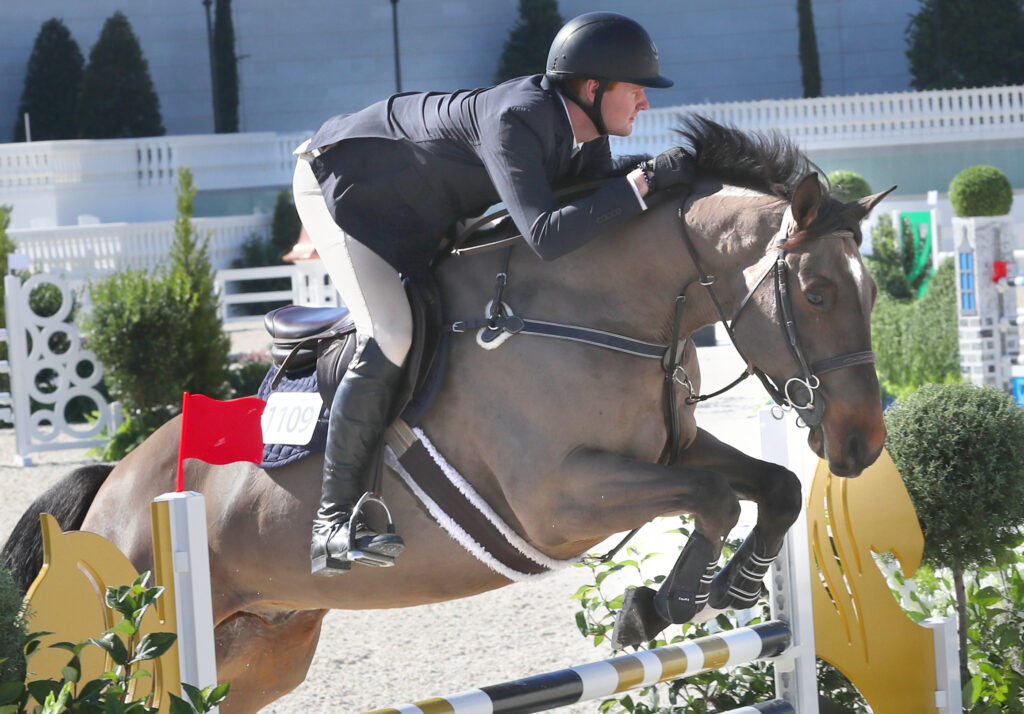 Jake Parker Wymard clears a jump with Hat Trick in the Grand Arena as they compete in the Meter 30 class during the World Equestrian Ocala Winter Spectacular. [Bruce Ackerman/Ocala Gazette]

Jake Parker Wymard clears a jump with Hat Trick in the Grand Arena as they compete in the Meter 30 class during the World Equestrian Ocala Winter Spectacular. [Bruce Ackerman/Ocala Gazette]

Something will be missing this winter in Ocala: The large crowds and the applause and encouragement they bring to the annual winter horse show circuit.

This year, thanks to the COVID-19 pandemic, no spectators will be allowed at Horse Shows in the Sun held at HITS Post Time Farm. Meanwhile, at the inaugural event at the World Equestrian Center the crowd also will be tempered.

While the Ocala Winter Classic Spectacular at WEC is not officially closed to spectators, the public is not allowed in the barn area or in enclosed arenas.

The facility’s restaurants and shops, remain open and much of the outdoor action is visible, said Charles Lagarce, president of Columbus Hospitality Management, which manages the WEC facility.

“The facility is open to the general public. We’re trying to be respectful to those that are showing,” Lagarce said, adding that those entering the gate must have their temperature taken and are required to wear masks except while eating.

Despite the restrictions on spectators, HITS and WEC will offer full calendars of equestrian sport.

“Due to the restrictions in place from the United States Equestrian Federation—the U.S. governing body for equestrian sport, we will not be able to have spectators this year,” said Kristen Vale-Mosack, HITS office manager. “We’re sad about that as the Ocala horse fans have always been supportive, and we appreciate that.”

The USEF instituted the no-spectator mandate in March. The HITS events are USEF sanctioned. The WEC events have sanctioning from the National Snaffle Bit Association.

Exhibitors who plan to compete are still excited but realize the bubble atmosphere will change the feel of the shows.

“The good news as far as participants is that our numbers look quite strong, so while COVID has certainly been a challenge for everyone, it appears that our sport, being an outdoor, individual sport has been able to stay strong,” said Vale-Mosack.

Sarah Barge has been showing at HITS Ocala for the past decade and usually has about 15 horses in her barn at the facility off U.S. Highway 27. She said the stricter guidelines will affect the family of competitors as well.

“If the kids are showing, they can have a parent come, but the grandparents, brothers and sisters and all of their family members can’t come, and I think that’s hard,” said Barge, whose Stone Lane Stables is in Rochester, N.Y. “I think that’s the hardest part. I don’t think it’s the size of the crowd, although that’s wonderful. We love having all the people here, but I think it’s really hard for the families and the owners to have to limit their time at the horse show. We love it here in Ocala.” 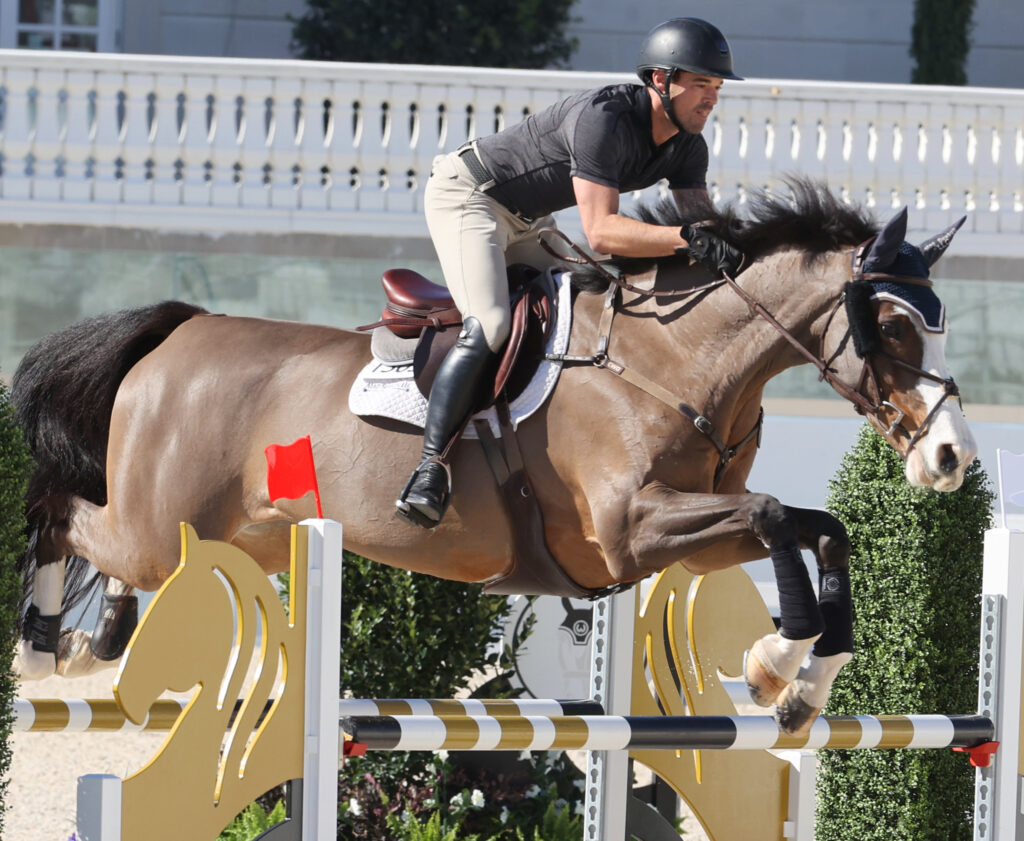 Meanwhile, the WEC also recently announced a settlement to a dispute with the USEF.

The USEF and the WEC Ocala will work in concert to host USEF sanctioned events in the future, according to a recent statement from the WEC.

The USEF previously asked the Federation Equestre Internationale, the world equestrian sanctioning body, not to sanction the 2021 Ocala Winter Classic Spectacular, but withdrew the request, allowing exhibitors, officials and horses to compete this winter at WEC without the events being sanctioned by the FEI or USEF, according to the joint statement.

USEF has a distance requirement for shows running during the same period. Even though the WEC events are sanction by the snaffle bit association, the USEF balked at the two events running only a few miles from one another.

Should the mutual plan come to fruition, the WEC Ocala has agreed not to host new competitions that haven’t been sanctioned by the USEF. The interim measure will allow for competition at WEC this winter. A plan is currently being formulated by both parties taking into consideration what’s in the best interest of equestrian sport and its stakeholders, addressing concerns regarding horse and rider welfare, while operating under the rules that govern all USEF organizers, according to the joint statement.