Ocala weighs in on combating gun violence and schools 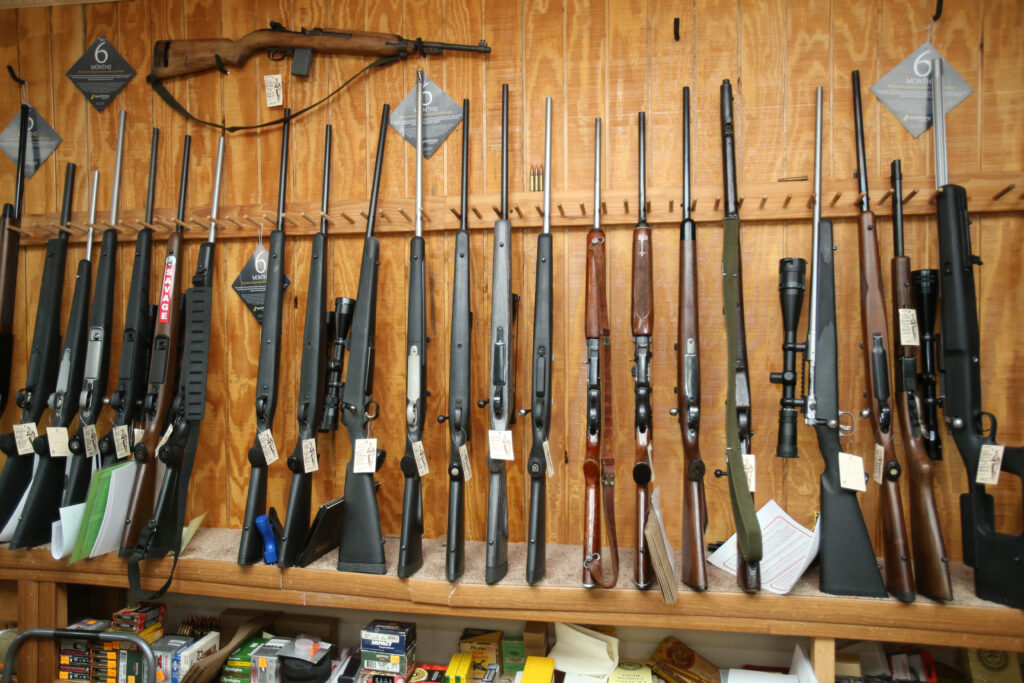 The following comments are in response to a social media post seeking comments to the question: How can we make our communities safer from gun violence?

Bethany Vetter: We could place metal fencing around schools with locks. As well as keep all doors locked at all times when children are in class. We could buzz people in that need to go to the office. Metal detectors at all entrances, coming in and out. Cameras. Guards on campus all day.

Joel Raney: What frustrates me most is the lack of action of our government in ANY way at all, because most of the people in power let their self-interest run their schedule instead of what is best for the greater good. Both political parties set terrible examples of how deals should get done and how progress should be made. All of the name calling and finger pointing, it is counterproductive. That doesn’t work in business, and it certainly doesn’t work in politics. We are talking about protecting children in our country, which should be of the highest priority, and yet we still see no results time and time again. That tells me something is very wrong with our system and it needs to change. Hopefully, we as a country can get past our differences and do what is right and what is necessary to protect our youth going forward.

Pursell Brent: I think we should offer tax breaks for retired military and veterans, who could then donate their time as armed guards. Money problem is solved. No taxes raised.

Ariel Burns: Gun control. Perhaps take a look at other countries who have taken action with reform like Australia. Prioritize/fund mental health programs as well.

Kristi Leigh Lemons: Improve the system for mental health. Personally, I believe that alone would solve many issues. But I’ll be honest, I don’t really have a clue on how to…it’s broken. Mental health individuals end up in the vicious cycle of county jail, over and over, until they commit a crime for prison time.

Lindsay Gunter: My daughter attends MSA in Palmetto, FL. A man stands at our one entry to the school all day, armed with a gun. He is a retired combat veteran, trained to head straight towards gunfire. He also has survived being shot at in intense situations. You may not like it, but I promise TODAY when I drop my daughter off I have a tad bit more reassurance knowing her completely gated, guarded school has him. We don’t need to debate.

Beth Seavey: Security cameras and monitors where the person buzzing someone in can see their ID and have double front-locking doors where they have to wait and cannot come all the way into the school unless they are there for a meeting.

Rebecca Lambert: Mental health needs a massive change. It shouldn’t be so complicated to get someone help when you’re literally petitioning the courts for it. Yet they basically tell you, “Sorry, they’re not crazy enough.” And nothing gets done until something worse happens. Why wait until the worst happens? So many unnecessary deaths and violence at the hands of mentally unstable individuals who refuse their own medical care and aren’t “crazy enough” for the courts to step in.

Frank Peters: We need more officers at our schools. One person doesn’t do anything when you’re covering an entire campus that spans several acres. Need at least 2-3 officers. Their duty is constantly roving around the campus, not teaching classes, not BSing with faculty. Nothing but roving and looking for threats! We have a “safe school” officer, but our ignorant sheriff doesn’t want to give up any power and let the safe school become an armed officer. Maybe we should start asking questions there? There was a huge debate about this in Marion County a few years ago, and your sheriff was against it! Sure, it’s going to come down to money, but I bet you a shiny nickel you’ll have combat military veterans that’ll do the job cheaper than what the local agencies are milking the school board for.

Shari Beville Sexton: Every school must have one entry point where people are screened to get inside. I don’t think the school in Texas had this. Sad times bring desperate measures.

Lorie Marcillo: As a community, we need to educate ourselves about mental health and how to openly discuss concerns. The schools need to be funded with better security and better-trained officers. To have a retired veteran being a security guard that walks the hallways alongside other officers walking around the outside of campus. As a nation, you should be 21 years or older to be able to purchase a gun and ammo. I know people may think teachers should openly carry but I don’t think in that moment all would be able to take action. Anyone can have a gun, but can anyone be able to use it when it comes to the moment? How many more tragedies does it take for the school systems to do what NEEDS to be done before they actually do it? That’s my question.

Ricky Earl Jr.: More parent involvement. I researched an article…I read about a group of parents in Louisiana that took matters into their own hands and started a group called “Dads on Duty” to help maintain order in the school. This makes a lot more sense than having just one or two resource officers on campus.

Denise Higgins: People need to not be scared to speak up if someone they know or used to be close with starts exhibiting strange behaviors. Mental health is a serious thing. I’ve seen time and time again people that just don’t like to get involved in someone else’s life. You always hear after the fact that the kid that went crazy was bullied or had a very troubled house life. We need discipline for the bullies, not for the victims. It’s time we start watching over each other again. We should have laws and guidelines that help someone get noticed, and help. Though I know those things are far off, in the meantime, we can start by paying attention again. Pay attention to the kids around you, to the kids in your neighborhood. Don’t be scared to say something to anyone until you get noticed and get them help. We can’t keep turning a blind eye because it’s not our kid, not our problem, because one day it WILL be our problem. Sure, the gun laws need work as well; I can agree with that. But I am tired of seeing people pass the buck when it comes to noticing erratic behavior. We have to come together as a country, as a community and start helping each other.

Erica Lédée: Bank-like securities, such as a remote handheld, you push it, and all the doors lock, and an alarm goes off to warn everyone and the lights blink red.

Cheryl Reith: First of all, EVERY GUN/ASSAULT WEAPON in the hands of anyone except law enforcement and active military needs to be confiscated, and all gun shops should be shut down. People are willing to risk their children’s lives for the Second Amendment. It’s unreal. What IS real is mental illness, and there is NO way to filter out responsible gun owners from those who want to watch people die. Anyone can get hold of a gun as long as they are not out there in the [brandishing them in] public, and they do. Since this common-sense idea won’t happen in this falling-to-shreds country, at least schools can do more to protect their students and faculty. They don’t do enough. My son’s school has monthly active shooter drills. Not sure why though, because if I decided to sign my son out early, say last Wednesday at 10:30 a.m., I can walk in through the front door to the main desk in the rotunda and talk to them. This is NOT okay. Not one of these doors leading into the school/portables should be unlocked at any time. With all of our technology, we have plenty of ways to screen before allowing entrance. Police presence at the main entrance, Ring cameras at all school entrances and portables, metal detectors, staff-monitored access inside, high privacy fencing…the government needs to start investing in our schools…not worry about accommodating people moving into the state by the hundreds of thousands. But I have no voice except here in social media comments. The world we are raising our children in is just devastating.

Sanaz Sonya Nasser: Background checks and a waiting period for getting a gun (that would be a good cooling off period for the impulse shooter). Also, our school resource officers do not walk around with these types of weapons. Why should any person be able to purchase one? What is the use of one unless you are in the military or the police force for the everyday person to purchase a big magazine gun like the ones used in school shootings? If someone feels they absolutely must have one maybe have a better system of tracking and mental health background assessment and above all everyone including the salesperson should see red flags and report them right away to law enforcement. Locally we need to have a school task force that assesses the gaps in the potential vulnerability and rather than react during a national shooting work with OPD on a regular basis on an ongoing plan of action. We must help our police force.

Loretta Lucas: Background checks for all gun sales. Red flag laws. “See something/say something”. Support the idea that “turning someone in” is the right thing to do/it’s not being a “snitch”. Limit magazine size.