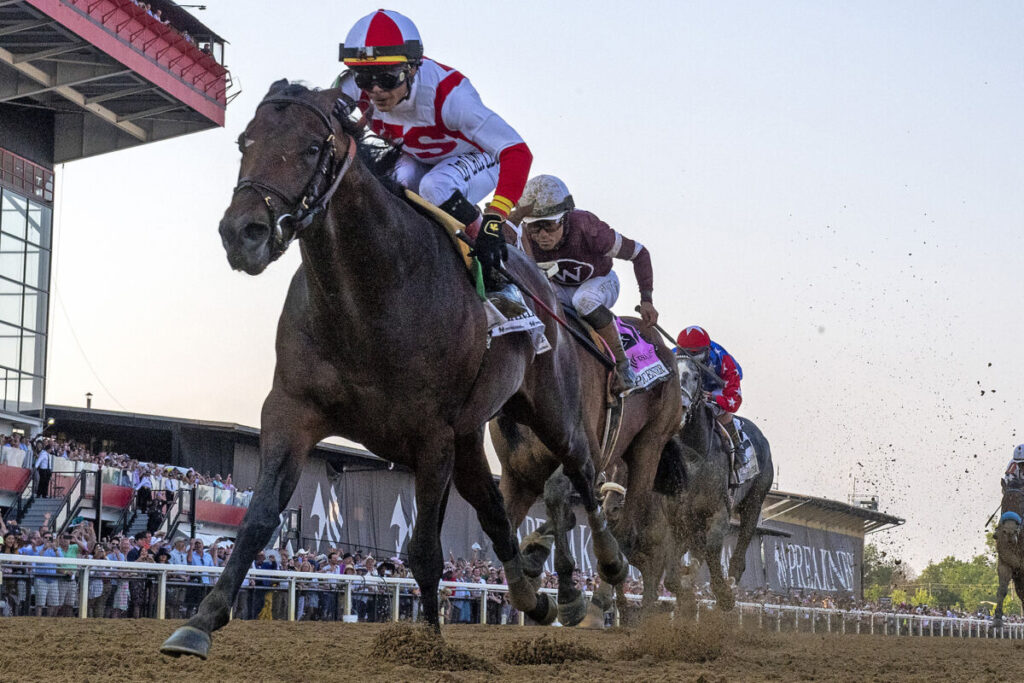 Like Kentucky Derby (G1) winner Rich Strike, Early Voting, winner of the 147th Preakness Stakes (G1) at Pimlico on Saturday, May 21, received his early training in Ocala/Marion County. Early Voting’s facile win in the second leg of the Triple Crown gave the local equestrian community a sweep of sorts of the first two legs of this year’s Triple Crown.

While Rich Strike parlayed the foundation he gained at Ocala’s Mayberry Farm to success in the Run for the Roses on May 7 at Churchill Downs, Early Voting learned how to be a racehorse at Niall and Stephanie Brennan’s Niall Brennan Stables.

Niall, a former jockey who won the first race of his career at the age of 16 in his native Ireland, has trained horses around the globe, working in New Zealand, Australia, California, and Kentucky before relocating to Florida in the late 1980s. He began consigning to auctions in 1991 and is perennially a leading consignor in North America. Stephanie, from Western Canada, has an extensive background in racehorses and show horses, and earlier this year, was elected to the Board of Directors of the Thoroughbred Retirement Foundation, which provides sanctuary for retired racehorses no longer able to compete on the racetrack.

The Brennans and their team are no strangers to top horses. Early Voting’s Preakness victory provided Niall Brennan Stables with a Triple Crown of its own. The operation boasts Classic-winning graduates such as Kentucky Derby winners Nyquist (2016) and Orb (2013) and Belmont Stakes (G1) winners Essential Quality (2021) and Palace Malice (2013). With Early Voting’s Preakness victory, Niall Brennan Stables can now boast of having trained winners of all three Triple Crown races.

“It’s very special,” Brennan said of the feat. “These guys work so hard, the entire farm team. It’s a seven-day, 365 days a year job. The horses have to be cared for all the time. They are all used to seeing these horses every day, so seeing them develop is like watching your kids. They are going through school, or sports in this case, and you’re watching their development. When they get to the top level, it’s very gratifying because you’ve been a part of it all.”

Early Voting had qualified for this year’s Kentucky Derby but his connections—owner Klaravich Stables and trainer Chad Brown—bypassed the Derby in favor of the Preakness Stakes. The talented son of 2017 Horse of the Year Gun Runner—another graduate of the Niall Brennan Stables training program—nearly won the Wood Memorial (G2), a traditional Derby prep, getting caught right on the wire by Mo Donegal. That rival subsequently finished fourth behind Rich Strike, Epicenter, and Florida-bred Simplification in the Kentucky Derby while Early Voting was bidding his time and awaiting a chance at glory in the Preakness. 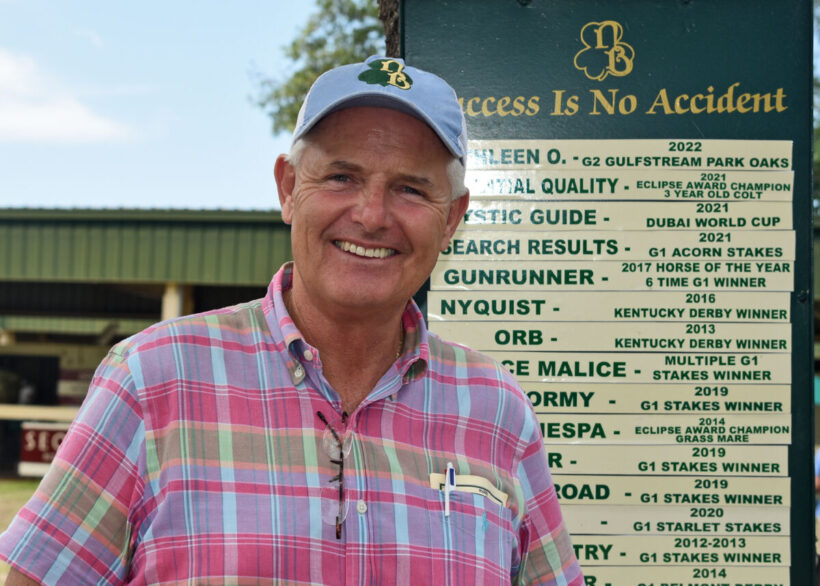 “What might be surprising to people is the discipline and experience required to make that decision (to bypass the Derby),” Brennan said. “Everyone wants to be in the Derby. A lot of people go into the Derby knowing they have a 50-1 shot because they want the experience. It’s a great experience. Chad made the right call; he knows the horse. He had the points to run. He ran huge in the Wood Memorial and only got caught in the last few jumps. If anyone else owned that horse, he was going to the Derby.

“I think they read it right,” Brennan added. “Ultimately, they made the right decision to freshen him off of the big effort in the Wood. Their instinct told them that the horse would benefit from the race, and Chad said in an interview after the Preakness, ‘It’s great when a plan works out.’ And plans don’t always work out when it comes to racehorses. In this case, it did work out to perfection.”

As far as Brennan’s initial impressions of Early Voting as a youngster during his stay in Ocala, the veteran conditioner said, “In the winter last year—it’s kind of like kindergarten for these horses—they start sorting themselves out just like kids. He was always a good student, but he was a big colt, a bit lazy. He enjoyed life but the light didn’t go on as quickly as some others. So, we didn’t push on him. By April and early May when the first batch of 2-year-olds start going out to their trainers (at the racetrack), I placed him in the second batch going to Chad, who has a lot of 2-year-olds each year.

“I told Chad at the time, “He’s doing well, but he’s not going to be an early horse, running in June or July (of his 2-year-old year).’ He didn’t ship out of here until July. We knew he wasn’t a five-furlong sprinter type. By this time (May) last year, the light started to go on. He started having several easy breezes in company (with other horses), and he loved the competition. He started getting fit and we realized how easy he was doing things. We saw the talent; he was very athletic. He was just a bigger horse who carried a lot of condition, so we never pushed on him early and let him develop.”

Niall Brennan Stables sees about 200 head go through its training program each season with a peak time that runs from November through January before the 2-year-old sales begin. And while the operation often celebrates wins from graduates at the industry’s highest levels, Early Voting’s Preakness victory is even more memorable.

“For us, the team here, we’ve had two horses win the Kentucky Derby, two horses have won the Belmont, and now we have a Preakness winner out of the operation,” he said. “That is very special to have won all three Classic races. It means a lot.”