The Ocala-based emerging artist has put down her paintbrushes (for now) to create works with resin. 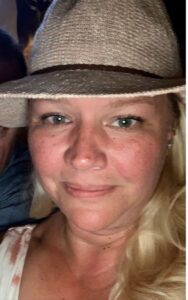 Sarah Lajealle has loved creating imagery since childhood, but being a full-time artist is fairly new to her.

“Art has always stuck with me,” Lajealle added. “I don’t have any formal art education other than a couple of classes on bone structure, body structure, things like that.”

In the past, she’s painted for friends and restaurants, or for the occasional commission. Along with shifting her priorities, Lajealle’s muse has shifted toward a whole new process: resin making.

“I had never really played with resin and pretty much from the day I figured out how to work with it, I fell in love with the possibilities of what you could do with it,” she said.

Resin is an epoxy that conveys a slick, luminous quality. The process has inspired Lajealle to create tributes to her new(ish) Florida home and other imagery, ranging from the familiar to the abstract. She’s drawn to natural beauty and created a tribute to Silver Springs State Park for her entry in Marion Cultural Alliance’s “Landmarks” show.

Lajealle began to sell works professionally after college, but, like most artists, had other dayjobs to make ends meet.

“I got an opportunity to work for small Christian schools as an art teacher, and I kinda took it and ran with it,” she said.

In the 1990s, Lajealle helped grow the art scene in Lafayette, Indiana, by launching a community art walk and other events.

“And then, funny enough, I started working in a funeral home and, though it was not my job, I started doing their advertising,” she recalled. “That’s when a client came up with an idea for a children’s coloring book for grief.” 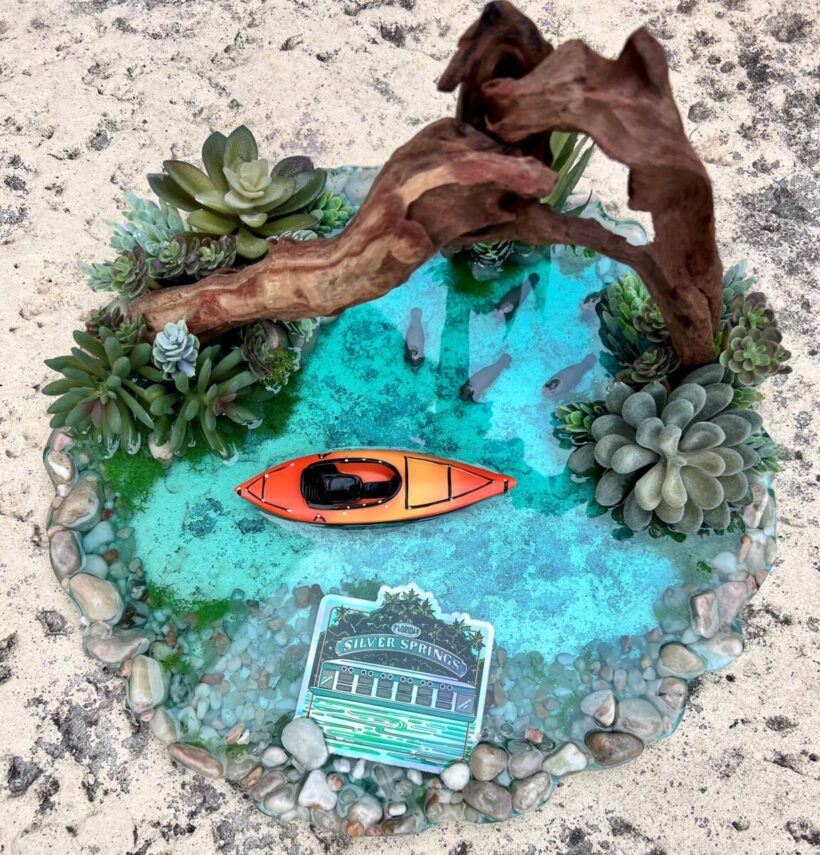 Lajealled created illustrations for friend Cyndy Yoder Shafer, who created a character named Sniffles and worked with children grieving the loss of their parents. The project later inspired Yoder to open Sniffles Place for Grieving Children, a nonprofit support center in North Carolina.

Lajealle later got a job as a director of marketing for a restaurant chain. On the side, she painted whiskey bottles for her boss’s gastropub.

“I kind of wanted to get away from that, not in a bad way, but just personal reasons with alcohol,” she said. “I wanted to kind of move on past that. When I moved here, I kind of just took a breather from everything and started drawing again.

In 2017, Lajealle moved to Florida to be near her mom in the Villages, and last year, she moved to Ocala.

The name Lajealle, by the way, is actually a middle name. It pays tribute to a relative who was one of the first female doctors in Europe.

“My mom decided to name me after her, but she spelled it wrong and apparently my grandmother was not very happy with her.”

In February, she will add a new last name, Baldwin, when she marries her fiance whose first name, coincidentally, is Art.

In the meantime, Lajealle recurrently participates in the Ladies Night Out Sip and Shop. The get-together happens at different venues every couple of weeks. Visit the Facebook Group Ladies Night Out – Ocala for details.

Besides growing her reach as an artist and getting married, Lajealle plans to explore every nook and cranny of Florida.

“As I have grown, I am increasingly drawn to letting the medium lead me where it goes to create a more natural piece,” Lajealle says in her artist statement. I am blessed to travel and observe nature. Any new ideas I encounter will be reflected in my work.”

Visit lajealleartworks.com to learn more about Sarah Lajealle and her artwork.