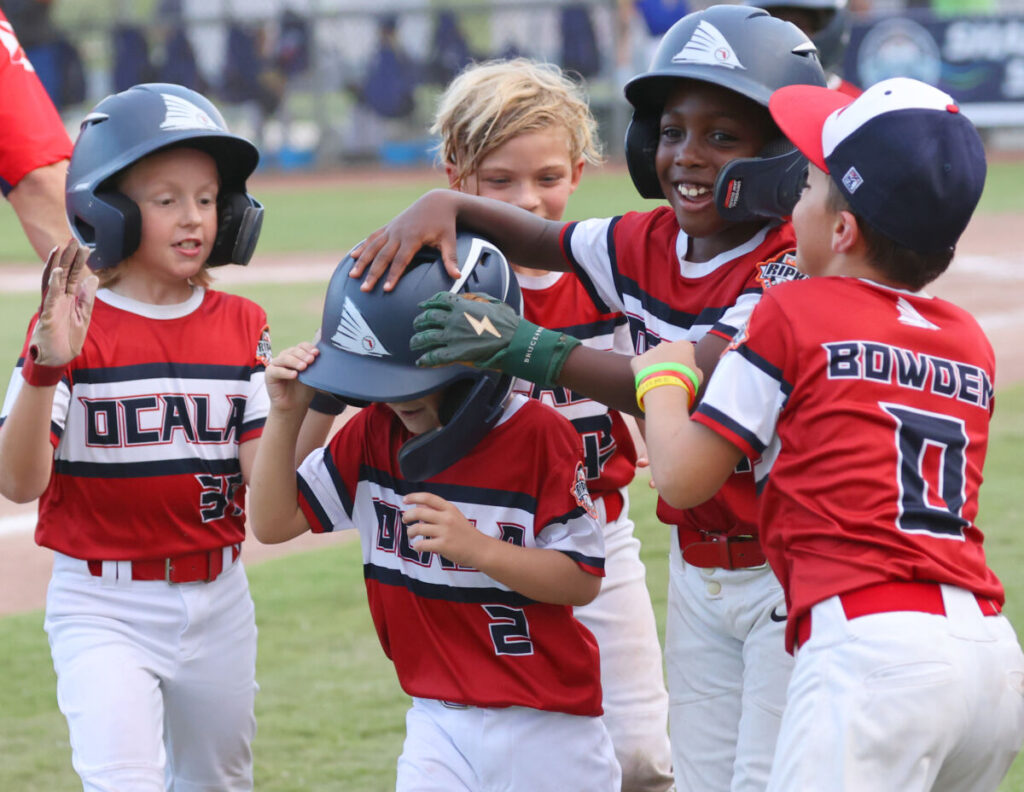 From Monday through Friday, Aug. 1-6, eight teams from across the U.S. and the Bahamas are going head-to-head in the Cal Ripken Rookie World Series tournament hosted by the Babe Ruth League, Inc.

As one example of the competition on the fields at the Rotary Sportsplex of Marion County, the Ocala Rotary Reds on Tuesday evening defeated Palatka 15-0 in three innings to advance in the 8U Machine Pitch Cal Ripken World Series.

According to the league website, the rookie division is designed primarily for ballplayers ages 7-8 and makes use of a pitching machine to allow for more hittable balls at the plate and more action in the field.

“Fear of actually being hit by a pitched ball is diminished. It makes the game safer and improves the playing confidence and ability of all participants,” notes the site.

This is the sixth time the world series has been held at the sportsplex since 2009. The selection of Marion County as the host came through collaboration of the Marion County Parks and Recreation Department, Ocala/Marion County Visitors and Convention Bureau and the Rotary Sportsplex board of directors. The tournament was expected bring an economic impact of more than $500,000 to the county, with the players, coaches, family members and friends staying in hotels, dining out and shopping in the area.

To learn more about activities at the sprawling venue, go to rotarysportsplexofmarioncounty.sportssignup.com/site/

For information about the Cal Ripken League, visit baberuthleague.org/cal-ripken-baseball.aspx