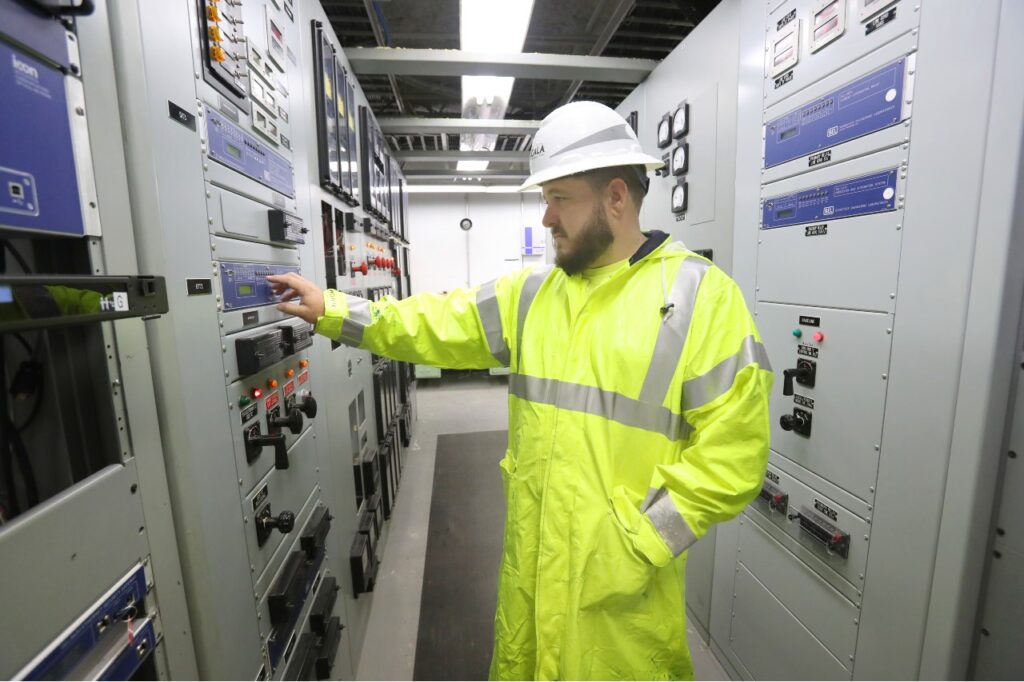 The Ocala City Council voted unanimously last week to increase Ocala Electric Utility (OEU) rates starting June 1, 2022. The average household that uses about 1,000-kilowatt hours a month will see an increase of $28 to their bill, according to city staff.

The resolution amends the Power Cost Adjustment (PCA) rate, a mechanism used to stabilize rates so that the OEU isn’t raising and lowering rates each month, from 2.8 cents to 5.6 cents. Staff told council members the hike was largely necessary due to rising fuel and energy costs.

Doug Peebles, OEU director, said the increase supports council’s strategic goal of fiscal sustainability, adding that staff has been using the rate stabilization tool to respond to volatility in the energy markets and to minimize customer impact.

However, he said, due to the rising fuel costs, staff believed the adjustment was necessary.

“We use the PCA to stabilize those rates,” Peebles said. “So the total impact to a customer would be in the 23% to 21% range.”

Mike McCleary of the Florida Municipal Power Agency shared a short presentation to the council, illustrating how rising fuel costs led to the OEU’s request—a situation, he said, that is happening frequently around the state.

“Since the pandemic, commodities on a global scale have had a hard time keeping up with the pace of the post-COVID recovery,” he said on May 17. He added that once the pandemic started to ease, a lot of things began to happen at once, impacting the availability of fuels and other commodities.

The average Florida resident is going to see somewhere around $3,000 to $5,000 in additional energy costs in 2022, said McCleary, which includes gasoline and other products. Electric bills are also rising by 15% to 30%.

He showed charts that illustrated Florida residents on average use twice as much power than those living in California and New York.

“It’s about our weather,” said McCleary. “It’s about how that works here. So the impact on Florida residents is significant. We have to recognize that. And as your wholesale provider, we want you to understand that we’re working hard to control those costs and make it as affordable as possible.”

Rock Gibboney, who regularly attends council meetings, spoke out against the rate raise.

“I’m a retired guy,” he said. “There are a lot of people who are like me and don’t make a lot of money. This is going to kill people. In one month, it’s going to harm them terribly.”

In the end, the city council voted 5-0 to pass the PCA rate increase.

The RSR is used by the city to: a) stabilize rates for OEU customers due to fuel cost volatility; b) address local economic conditions; and c) for other lawful purposes, per city records.

Council member James Hilty told the “Gazette” on May 23 that the RSR exists to offset these factors as best it can.

“There’s been a huge increase in natural gas prices, which is the majority of what we use to create the electricity we provide for OEU customers,” said Hilty. “We tried to stabilize things back in January [by applying $8 million from the RSR]. It didn’t work. We thought that the market would slow down, but it obviously has not. Prices on everything are escalating. It’s hard to hide from any of it.”

Ocala received roughly $27 million in settlement money to create the RSR when the city’s former electricity partner, Duke Energy in Crystal River, closed down its nuclear power plant in 2013.

Ocala joined the Florida Municipal Power Agency (FMPA), which enables municipal electric utilities to work together on projects such as power supply resources, fuel supplies and transmission facilities, according to city documents.

FMPA supplies all the power needs for 15 municipal utilities, including OEU, through a contractual arrangement.

Ocala is unique in that it has its own electric company. The city government has the ability to step in and keep electric rates stable when necessary. While the PCA rate can be adjusted as often as monthly, the recent practice by the city has been to make minimal adjustments in order to maintain stable rates to customers.

If oil prices drop, explained Hilty, city council could vote to lower the PCA rate. But when that could happen is anyone’s guess.

“We’re monitoring the situation as best we can,” he said. “We’re taking it as it comes.”