State reports growth over the past year in manufacturing, construction and education and health services. 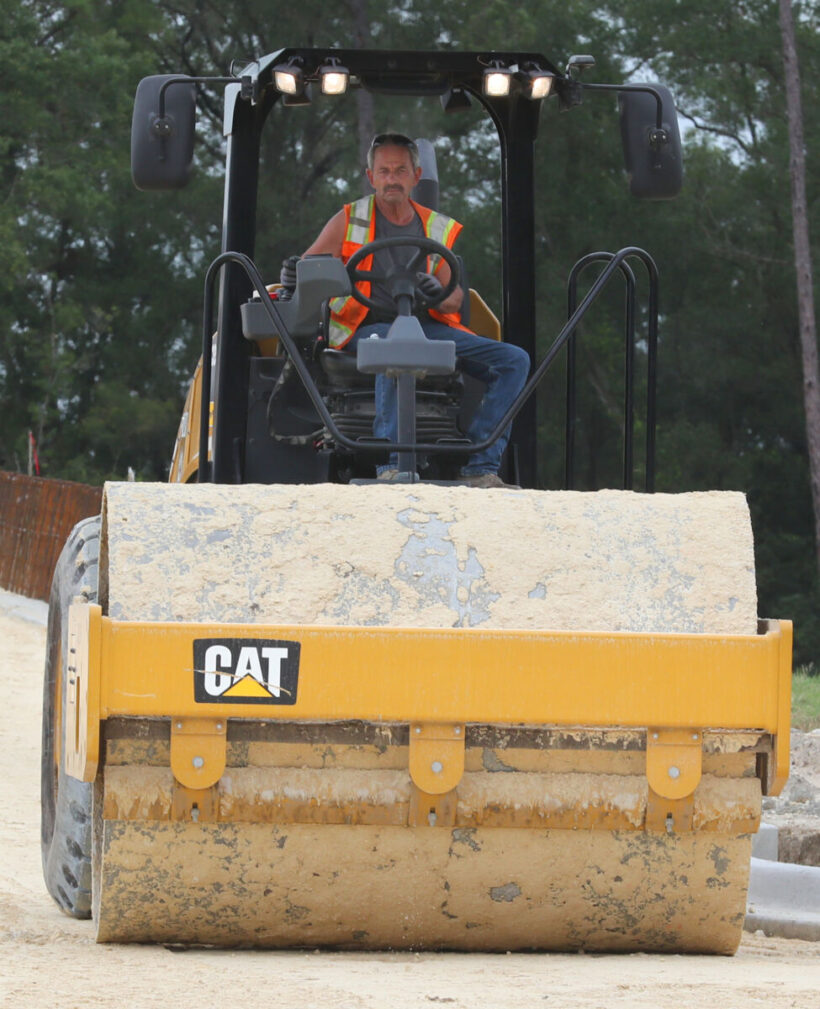 In this file photo, a worker with Sema Construction grades the Northeast 36th Avenue overpass that is under construction in Ocala, Fla. on Monday, July 6, 2020. [Bruce Ackerman/Ocala Gazette] 2020.

The unemployment rate in the tri-county region consisting of Marion, Citrus and Levy counties dropped to 2.9% in April, according to a CareerSource Citrus Levy Marion (CLM) press release on May 20. This was 2.3 percentage points lower than the region’s year ago rate of 5.2%.

Rusty Skinner, chief executive officer for CareerSource CLM, noted that the unemployment rates in each county are “historically low” and “provide opportunities to find jobs and even new careers.”

Additionally, compared to all the metros across the state, the Ocala metropolitan statistical area (MSA) had a 2.8% unemployment rate as well, ranked fifth in Florida. Sebring MSA (3.5%) had the highest unemployment rate, according to the jobs report.

Florida’s seasonally adjusted unemployment rate was 3.0% in April 2022, down from 3.2% in March, and down 2.1 percentage points from a year ago, according to the Florida Department of Economic Opportunity (DEO). There were 321,000 jobless Floridians out of a labor force of 10,543,000.

One sign of improved economic conditions for workers is that 404,000 Floridians in March quit jobs, 97,000 more than in February and 167,000 more than a year earlier, Adrienne Johnston, DEO chief economist, said in a conference call with reporters.

Johnston noted the hospitality sector, which took the biggest hit from the pandemic, gained 152,300 jobs, a number still lower than desired, she admitted, but record tourism in the first quarter of 2022 offered some positive signs.

“We know the that the industry overall is performing very well and that there’s a lot of productivity,” she said. “We just haven’t quite gotten back to where we were with jobs, but we continue to make progress in that area.”

After leisure and hospitality, sectors involved with trade, transportation and utilities have done the second best in adding jobs over the past year, up 118,400 positions, followed by professional and business services at 102,100 jobs and financial activities at 40,800 jobs.

The state also reported growth over the past year in jobs in manufacturing, construction and education and health services.

Despite the drop in unemployment, Gov. Ron DeSantis continues to warn about high gasoline prices and a potential recession that he blames on federal economic policies.

During an appearance at Retro Fitness in West Palm Beach, DeSantis touched on the unemployment report, which indicated Florida picked up about 57,000 private-sector jobs last month.

“Employers in Florida have now 24 consecutive months where we’ve had private-sector job growth, and our private-sector growth has exceeded the nation’s for over a year,” DeSantis said. “I think even, you know, somewhat more importantly, if you look at some of the dislocations we see in other parts of the country, and even around the world, our labor force grew by 30,000 people. The nation as a whole lost 363,000 people from the workforce.”

DeSantis also used the appearance to continue to forecast increases in already-record gas prices amid summer travel and the potential for four-decade-high inflation to result in a recession.

He added that the state has large reserves that would help it ward off any initial hit from a national economic downturn.

The monthly jobs report for May will be released on Friday, June 17.

“News Service of Florida” reporting contributed to the writing of this article.