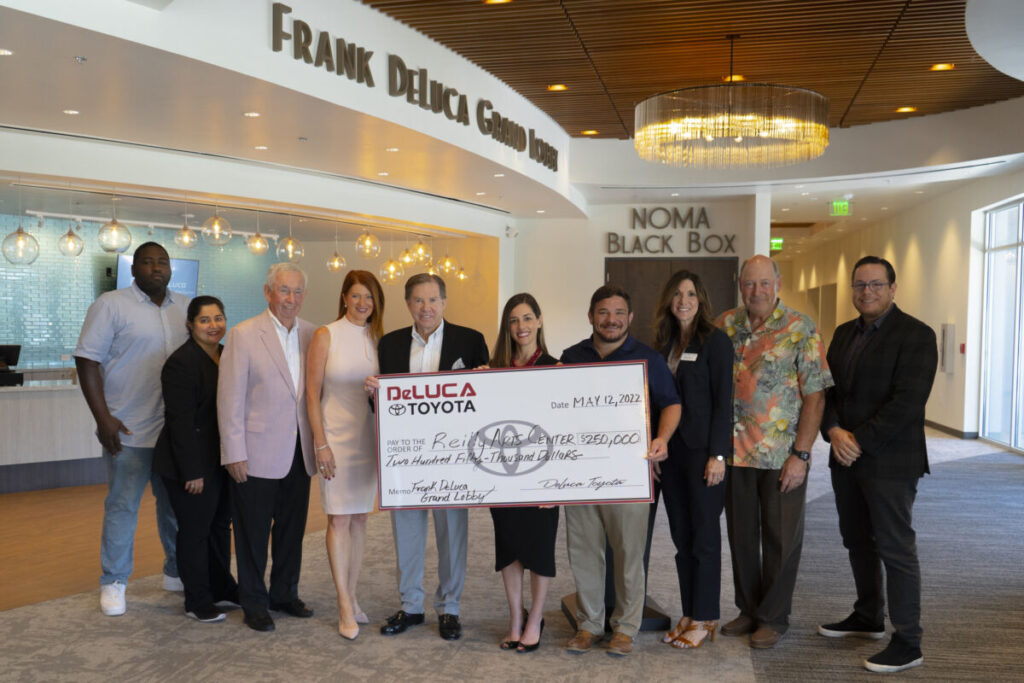 Frank DeLuca, president and owner of DeLuca Toyota in Ocala, formally presented a donation of $250,000 to the Reilly Arts Center (RAC) on Thursday, May 12.

The new Frank DeLuca Grand Lobby is a focal point of the large-scale expansion, according to RAC officials.

“This space is the heartbeat when people come in, it’s the first thing they see, and it sets the tone for the entire experience,” said Pamela Calero Wardell, executive director of the RAC. “This gift was significant, helping us complete this part of the Reilly Arts Center expansion.”

Matt Wardell, CEO and artistic director at the RAC, said, “To have this space has been impactful as an organization and community. Now this space feels complete. We are thankful for Mr. DeLuca’s generosity and welcome him as a part of the Reilly Arts Center family.”

DeLuca and Deluca Toyota have donated over $11 million to community outreach, charities and organizations over the past 45 years, according a press release. He founded his Ocala dealership in 1978.

“Giving back, not only does it feel good, but it’s the right thing to do,” said DeLuca. “I’m proud and honored to support the arts and be a part of this great addition to the Ocala community.”