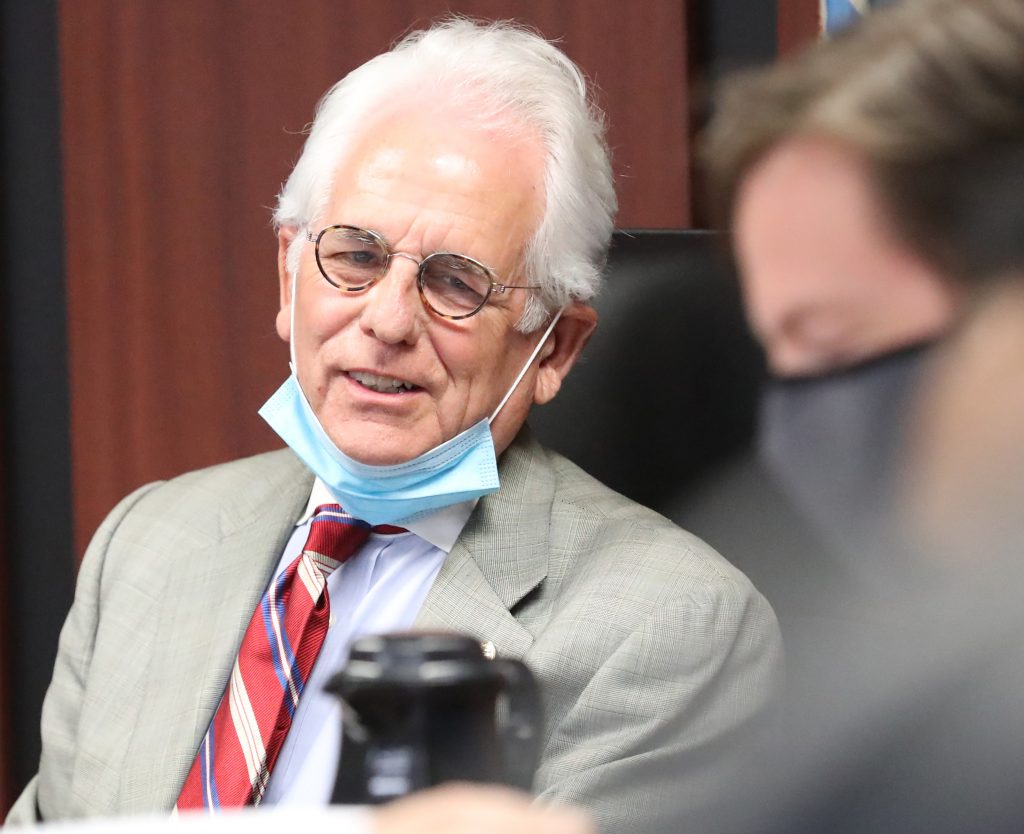 Fresh off a debilitating bout with COVID-19, Mayor Kent Guinn sparred with Councilman Matt Wardell over the effectiveness of a city mask ordinance.

On Tuesday, the Ocala City Council voted 4-1 to extend the emergency mask mandate for 60 days. It was the second extension for the mandate since it first passed in August. Councilman Jay Musleh voted against the mandate, as he has each time previously.

“It’s my view that you should wear a mask unless it’s medically impossible for you. All you’re doing is helping your fellow man. It’s kinda one of those things… It’s the least I think you can do to show concern for your fellow man. I don’t believe in mandates, so I will not support this ordinance,” Musleh said.

Guinn agreed, and while the mayor does not vote on council business, he does get to join in the discussion.

Guinn said he felt the city’s mandate was toothless and was more symbolic than substantive. The mandate does not require residents to wear masks but rather requires businesses to post signs stating that masks are required. There is no mechanism to enforce the mandate.

Wardell, who first introduced the mandate, shot back that after Guinn vowed not to enforce the measure, it lost impact. The mayor oversees the city’s police force, which would have enforced fines.

Wardell also said a mandate may not have been necessary if Guinn and other local leaders led by example and wore masks more widely.

“I don’t want to have to force people to do it,” Wardell said. “I want you to set a good example and tell people that it’s a good thing to do for their fellow man to wear a mask.”

Guinn vetoed the original mandate in August. The council overturned the veto, but only after removing other restrictions.

Guinn, who was laboring to catch his breath, challenged Wardell to propose a strong mandate to replace the weak one.

“Your problem, I guess, without fining people, to amend this ordinance, would be to come up with a hammer… some kind of enforcement to make people wear masks,” Guinn added. “You obviously don’t trust the people that we serve.”

John Littell, an Ocala family physician and Guinn’s personal physician, told councilmembers that masks do not prevent the spread of COVID-19.

“Masks do not work,” Littell said. “Putting on this mask is a medical procedure that requires informed consent. I learned that in medical school at George Washington. I do not take it lightly to have a patient put on a mask.

“When I go into the hospital, and I see a patient suffering from COPD who has a mask over his face and can barely breathe, I should rip the mask off. They do not have COVID. They have COPD. Our policies lack love. We are not a loving society anymore.”

After the vote, Guinn left the dais. Guinn spent five days in the hospital recently due to COVID-19 complications. His blood oxygen levels dropped dangerously low, and he continues to suffer aftereffects.

While he said he made a mistake by not wearing a mask when he met with the person who likely infected him, he still does not support government mask mandates.