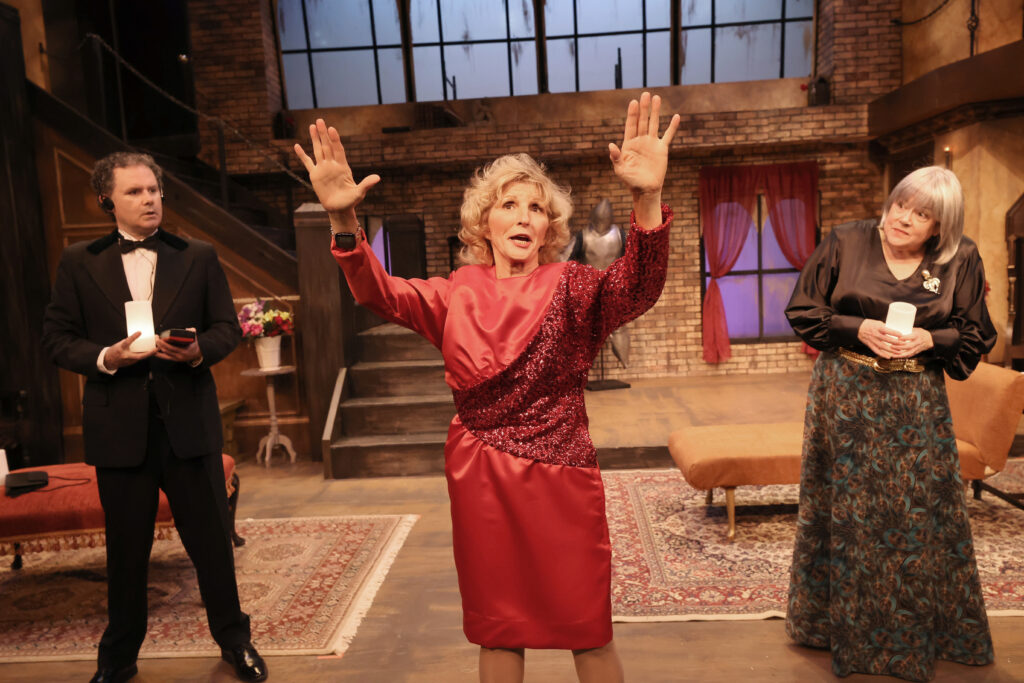 But you don’t have to be a fan of the 16th-century bard to enjoy the comedy “I Hate Hamlet.”

“What I want to underline to most people is – it’s not Shakespeare. If you’re not a fan of Shakespeare, even more reason to come,” said Larry Lesher, who is directing the play.

When the curtain opens, flashes of lightning reveal Andrew Rally’s new digs. Fresh off the set of his canceled 1980s TV show, Rally (James R. Taylor III) is starting over in New York City. He’s landed the part of Hamlet with Shakespeare in the Park, and his real estate agent has moved him into the gothic penthouse lair of the late actor John Barrymore, renowned as “the American Hamlet.”

But his girlfriend, Deidre McDavey (Megan Wager), loves Shakespeare, and the exuberant 29-year-old virgin is keeping him celibate.

When Barrymore’s ghost (Jason Vaughn) returns to his former residence to haunt Rally, the over-the-top, tights-wearing, booze-swilling specter can’t leave until Rally plays the role of the Danish prince. Barrymore urges Rally, “Shakespeare is the most potent aphrodisiac.”

The young actor must decide whether to go through with the transition to the stage or return to his television roots. His decision is further complicated by his Hollywood producer buddy, Gary Peter Lefkowitz (Trafton Crandall), who arrives with a big-money network offer. 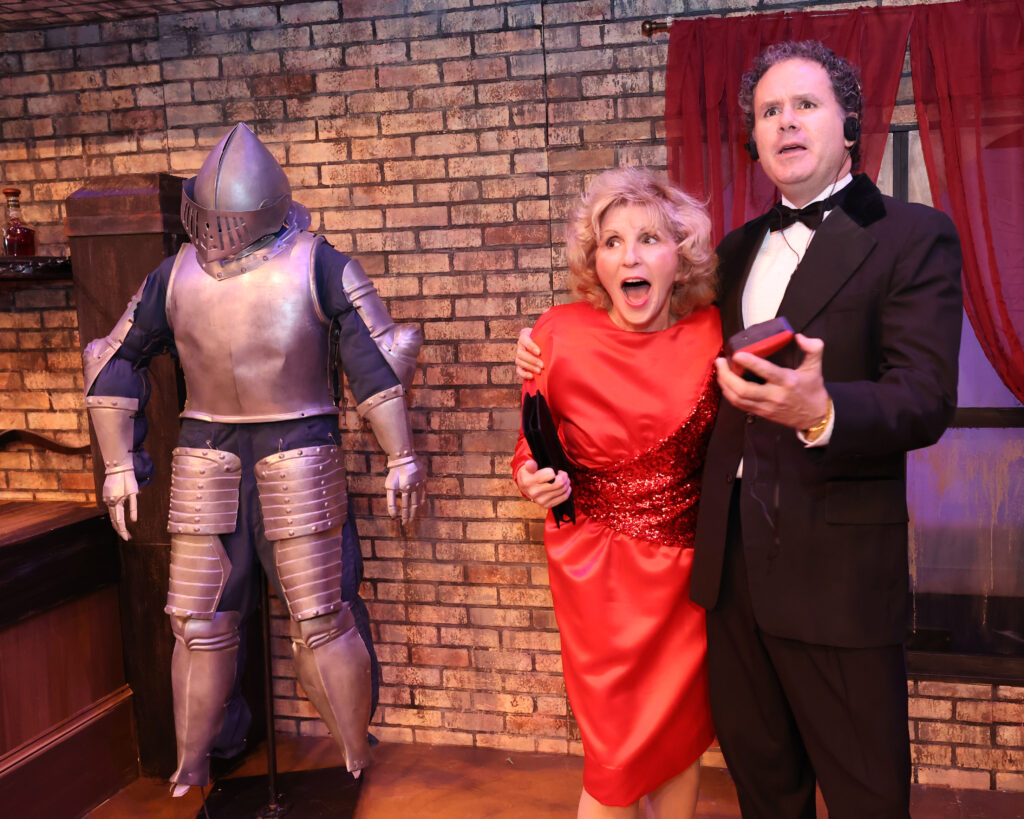 To be Hamlet or not to be Hamlet, that is the question.

The six-person cast doesn’t miss a beat dishing out the witty dialogue. Vaughn is hilarious as Barrymore’s ghost, and Taylor portrays an endearing, relatable Rally. Maurino and Chenevert are authentic as Rally’s real estate and talent agents with their respective New York and German accents. Wager’s youthful effervescence as Rally’s girlfriend is a bright spot, and Crandall is jocular as the slick West Coast pal in the “Miami Vice” suit.

As Lesher points out, “I Hate Hamlet” by Paul Rudnick is a well-written play – funny, but with some meaningful themes and moments. And OCT’s production makes it a thoroughly entertaining evening of live theater.

“I Hate Hamlet” runs through Feb. 7 with socially distanced performances at 7:30 p.m. from Thursday to Saturday and a 2 p.m. show on Saturday and Sunday at the theater, 4337 E. Silver Springs Blvd. Tickets are available at ocalacivictheatre.com or by calling (352) 236-2274.