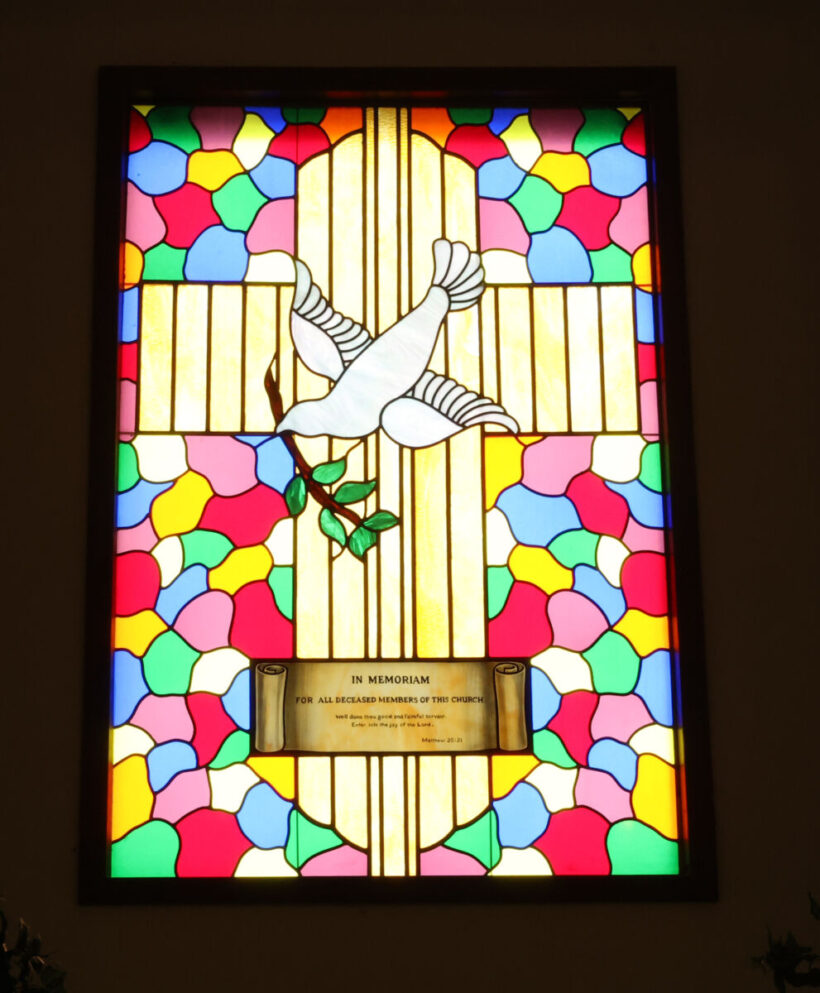 For little Shiyann Adams, spotting Thelma Parker’s car rumbling towards her home on a Saturday in the early 1970s could only mean one thing – Youth Day was coming to Mount Moriah Missionary Baptist Church.

Back then, the Ocala congregation allowed children to take over the Sunday worship service once a month and Parker, the director of the youth ministries, would deliver the program to them the day before so they could study and learn their respective roles.

“She would bring us the script on Saturday so we could practice for Sunday,” said Adams, then known by her maiden name Shiyann Washington. Her older brother, Remardo, “Mardy,” Washington also participated, albeit reluctantly.

“I loved it; my brother hated it,” she said. “He didn’t like getting up in front of the church and I did.”

Adams can trace her family’s membership in Mount Moriah to 1926 when her grandmother, the late Bertha Gaskin, joined at the age of nine, but the church’s beginning predates Gaskin’s membership by nearly six decades.

Mount Moriah, 55 SW 3rd Ave., was founded in May 1867 when the Rev. Samuel Small and 90 black members of First Baptist Church, most of them former slaves, decided to break away and form a church of their own, according to church documents.

Now, more than a century and a half later, Mount Moriah, the oldest African American church in the Ocala area is set to celebrate its 155th anniversary with special worship services at 11 a.m. and 3 p.m. May 15.

Other festivities include a Gospel concert at 6 p.m. Saturday, (May 7) featuring the Brightside Gospel Singers. Tickets are $15 and may be purchased by calling the church office at 352-629-3782. A prayer service will also take place at 6 p.m. May 11, followed by dinner on the grounds.

Regis Boatwright, 73, a lifelong member of the church, said it has always strived to meet the needs of its congregation and the black community as a whole throughout its history.

“We’ve always been a church at the forefront of reaching the spiritual, cultural, social, and physical needs of not only our members but the community as well,” she said. “We were one of the first churches to have an outreach center that gave food, clothing, and assistance to the community.”

An anniversary committee co-chair and a former youth department director, Boatwright said Mount Moriah is affectionally known as the “Mother Church,” because it birthed so many other churches in the black community, including Shady Grove Baptist Church, Covenant Baptist Church, and Hopewell Baptist Church, in 1874, 1899 and 1906, respectively

Boatwright is particularly proud of the church’s role in the Civil Rights movement in Marion County, under the leadership of the Rev. Frank G. Pinkston Sr., who served from 1964-67 and was known as the “Black Liberator of Marion County,” and later the Rev. Dr. Lorenzo Edwards, who served the church for 50 years, from 1968 to 2018, and was responsible for major initiatives that kept the church relevant and growing.

Boatwright, whose husband, Bill, is a forty-year deacon of the church, also fondly recalls her days under the watchful eye and guidance of Parker, a public school administrator who passed away in 2008 at the age of 96, and others.

“The church was at the center of my spiritual and social life growing up,” she said. “We did Easter and Christmas pageants, community plays, and beauty pageants for girls going from middle to high school.”

“Those are the kind of things we still do,” said Boatwright, who has two adult children with Bill, and two grandchildren.

A mere 14 pastors have served Mount Moriah over the years, including its current spiritual leader who was installed in 2019 – the Rev. Dr. Jerry Alexander. 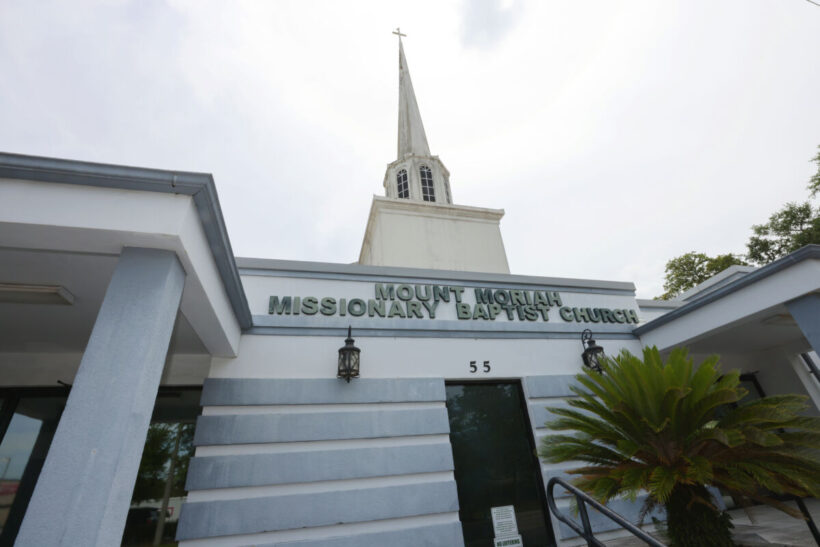 The Mt. Moriah Missionary Baptist Church is shown on Southwest 3rd Avenue in Ocala on May 3. [Bruce Ackerman/Ocala Gazette] 2022.

The church, which has roughly 200 members and an average attendance of 85 at both of its Sunday services, can attribute its longevity to love – for God and one another, said Alexander.

“There’s a lot of love here at Mount Moriah; it’s a blessing,” he said. “There’s great fellowship and genuine concern for one another even if we disagree on something.”

Alexander said elders of the church include John Jay Livingston, Edmond Fordham, now in his mid-90s, whose roots in the church go back several generations, and Fred Washington, Adam’s father, who is now 82. Her mother, the late Barbara Washington, is the daughter of Gaskin, and the Barbara Gaskin Washington Adult Activity Center in Ocala is named in her honor.

Mount Moriah’s first sanctuary, a log building, was constructed by its members and located on South Pine Avenue. It’s been at its current location since 1911, with its present-day sanctuary built in 1966, and expanded and modernized in 1997.

Whatever the future holds for Mount Moriah one thing is certain – it won’t be on 3rd Avenue much longer. The church recently agreed to sell its 1.62-acre campus to the City of Ocala for $1.76 million for the construction of a parking garage, said Alexander.

The church has planned a move for several decades. The congregation purchased a four-acre property at Southwest Fifth Street and Southwest 24th Avenue in the 1980s and has already started the process of building a new church on the site, said Alexander.

As for Adams, she’s thankful her children and grandchildren have continued the family’s legacy of church membership. She was just three years old when she was baptized by Edwards, who became a second father to her over the years.

She joined the church the same day her brother did, although it wasn’t planned.

“I saw him coming down the aisle after they called him up and I jumped down out of the choir stand and joined him,” said Adams, who married her husband, Michael in the church 27 years ago. “I’m grateful that my children and now my grandchildren are a part of the church too.”