The bold and colorful journey of Moisés Brador 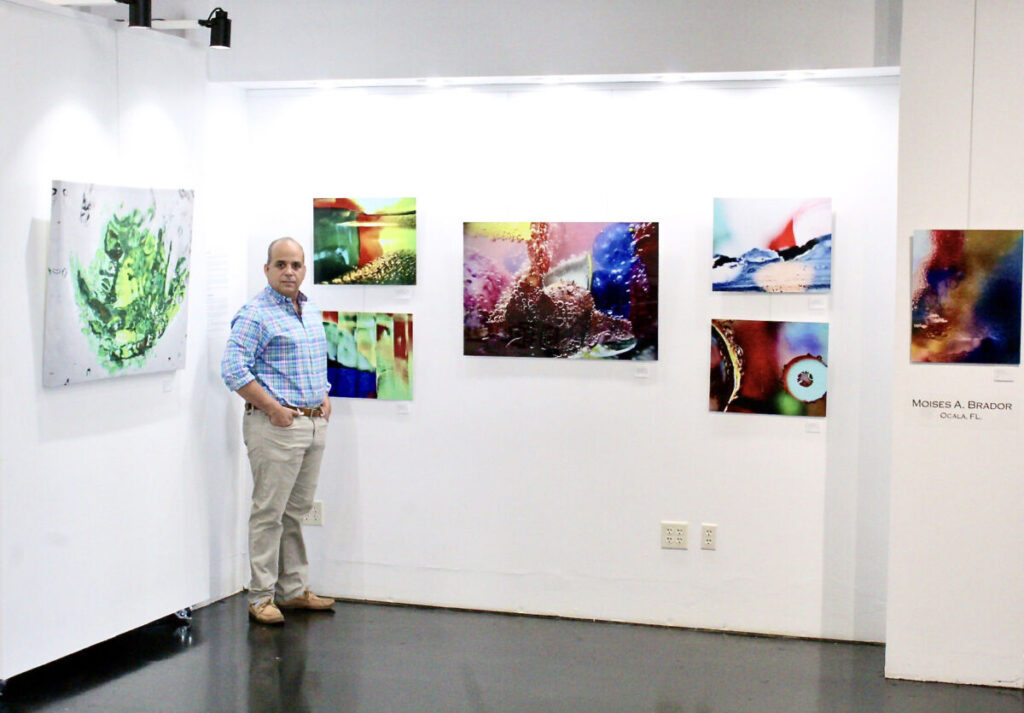 Moisés Brador at NOMA. His works appear in the “Traces of Reality” show currently on display. [Supplied]

Artist Moisés Brador is a seeker. As a writer, painter and photographer, he has created colorful boldness and grandeur from flotsam and jetsam that one might otherwise deem as minutia. His works call to mind cosmic collisions and offer alternate, intriguing perspectives of our world and the possibility of other worlds.

As viewers, we accompany Brador on his quest for spiritual revelations, aided by symbolic breadcrumbs along the way.

The artist’s newest photographs will be premiering in the Marion Cultural Alliance (MCA) “Landmarks” show, which opens with a reception at 5 p.m. on Friday, May 6, at the home of the organization, which is the Brick Center for the Arts, or the Brick, at 23 SW Broadway St., Ocala.

Through the objects, colors and shapes, Brador expresses his view of how art and community are connected and build from each other in Ocala.

“There is a symbiosis between a city and its art, and this is one of the reasons I decided to choose the Brick,” Brador explains in his artist statement. “The Brick is a landmark of the art, opportunities, integration and inclusiveness that reflect and model this symbiosis.”

Brador first exhibited his fine art photography at the NOMA Gallery in February 2021 and his works will be up at the Magnolia Avenue gallery for the next few months.

Among them, you’ll find “La Mónada” (photography on metal, 16×20, $695), which references The Monad, a theory explored by philosophers from Liebniz to Plato, which, in the simplest terms, suggests an origination from a single source.

In Brador’s otherworldly “La Mónada,” we see what appears to be floating rings and fomenting bubbles against a multicolor backdrop, suggesting a primordial cosmic soup of sorts.

“You can see the light playing with the colors, forms and shapes,” Brador suggested. “It is a dance that ended in creation and manifestation … you can see a flow. Red equals passion and the love of the creator; yellow equals light; green equals hope and the electric color blue on “La Mónada,” that is the subject: the little rounded circle piece with that glow and energy.”

A work that conjures the aftermath of the Big Bang, “In the Beginning,” also on sale at NOMA (photography on metal, $695) borrows from the Bible’s famous opening line and carries with it similar color motifs; a swatch of red resembles a volcanic eruption in the background. Blue swirls in the foreground evoke a churning ocean and the planet Earth, and a yellow dot in the center conjures the promise of the sun.

“I grab my camera and throw myself into conquering our daily realities,” Brador’s artist statement reads. “I dig deep within myself to unveil my subject’s real essence, and mercifully I’m able to escape the grasp of everyday reality and reveal my own.”

Brador’s life travels have wound along some unpredictable paths, but they have taken him back to family, love and centeredness.

Born in 1966 in Santo Domingo, Dominican Republic, Brador lost his father, a commercial pilot, in a cargo plane crash before he was old enough to remember him.

“I was just 2 years, 8 months old,” he said. I didn’t meet my dad. I don’t even know how his voice sounded or how he walked. I became a fatherless and only child. I would ask, ‘Where is my father?’ and everyone would say he is in heaven. That pointed me to look for my father in heaven and I developed in me a vertical worldview, you know, not just horizontal. And I have since been searching for the light, for the truth.”

In his pursuit of truth, Brador received his BA in Christian ministry and began to study toward a Master of Divinity but realized a vocation in organized religion wasn’t the right direction for him.

“I decided that to serve the Lord, you do not have to be a pastor and that you can minister to others through different roles and settings,” Brador explained. “And that is what I am doing with my art and everything I do. I serve the Lord. I just want to be a giver of light and a receiver of light.”

Before relocating to Ocala last year and working full-time as an artist, Brador lived in Miami for 23 years and spent some time in Arkansas and Iowa. His varied career has included stints as a USDA food inspector and other government jobs.

He has been married twice and has five children from both marriages. Brador’s most recent marriage, in 2013, was to a teenage sweetheart, a love that got away. They reunited almost 30 years later on Facebook. 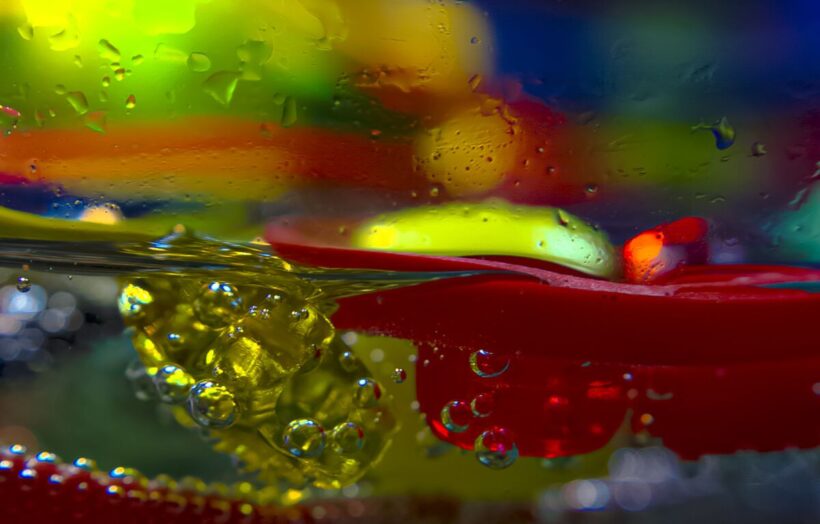 “We are like a love story,” he said with fondness.

Brador uses the word love often. He loves the outdoors, and to travel. In his works he finds love in the most unexpected ways, depicting organic and plastic objects and liquids, and then he prints on metal.

“I prefer to use things that have energy and are small,” he said. “I have used vegetables and fruits as well. And I use a lot of crystals.”

These days, Brador is veering from what he calls total abstraction to subject-centered works.

“I am playing more with light,” he said. “I think I have used macro, maybe 10 precent of the time. The rest of the time, it’s a wide-angle lens.”

Most of all, Brador is moved by feelings and intuition.

“I choose my colors and objects and decide if they will be submerged or not, and what kind of fluid or liquid I am going to use,” he explained. “Then I start shooting and when I am editing and reviewing the shots is when the title of the piece reveals itself to me.”

The MCA member created Landmarks exhibit, which celebrates local landscapes and global destinations, will be on display through May 28. Admission is free but donations are appreciated. To learn more, visit mcaocala.org.