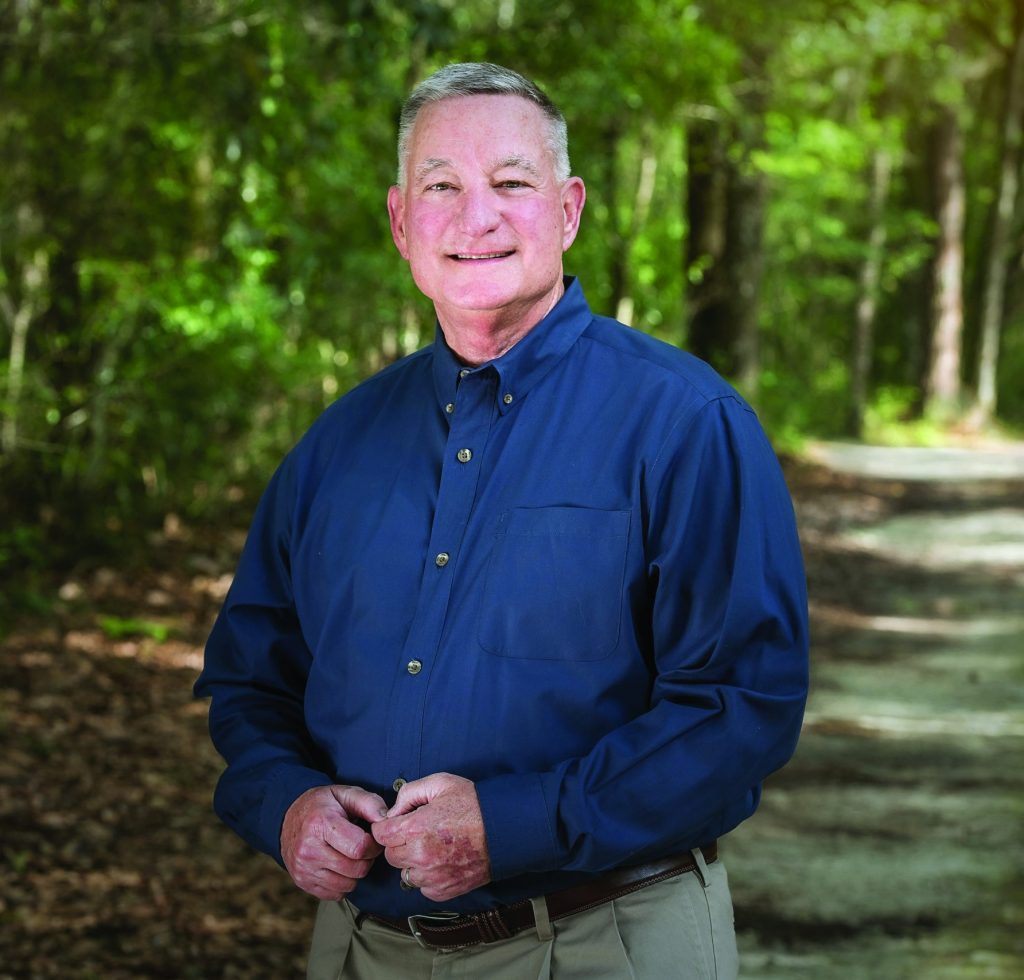 Marion County’s top courts official may be struggling to get attention in Tallahassee regarding the court system’s fiscal plight.

But at least Clerk of the Court David Ellspermann found a sympathetic ear in Brooksville.

Circuit Judge Daniel Merritt Jr., who serves as the chief judge for the five-county region that includes Marion County, acknowledged that the judiciary shares Ellspermann’s concern over how to fund the courts amid the coronavirus epidemic.

Merritt was responding to a letter Ellspermann wrote to him and the administrative judge for Marion County, Judge Edward Scott, that spelled out how a chain of budget-related events would adversely affect everyday citizens with business at the courthouse.

The problem began with a steep plunge in revenue from traffic citations.

The number of tickets issued by law enforcement officers in Marion County is down roughly 30 percent from a year ago, according to Ellspermann. That, in turn, has created a shortfall in funding that covers the cost of processing several types of cases do not require filing fees.

Ellspermann faced slashing $475,000 in costs just over the last three months of the fiscal year, which ends on Sept. 30. He had already implemented a hiring freeze to hold down costs, and shifted personnel to cover gaps in services. Ellspermann wrote that to stretch funding to get through the fourth quarter, he was forced to consider layoffs or extended furloughs.

Meanwhile, he was anticipating a flood of unresolved cases once COVID-related restrictions on court activity are relaxed.

“Obviously, this will frustrate citizens who expect their cases to be processed in a timely manner,” wrote Ellspermann, who added that the public is owed a “responsive” court system.

His solution was to encourage policymakers to find another funding mechanism besides traffic citations.

In an interview this week, Ellspermann said an analysis of the upcoming 2021 budget shows that he must plan for cutting another $550,000 next year.

And he has said previously that much of his frustration is with the lack of any response from Gov. Ron DeSantis’s office.

On the other hand, Ellspermann found an ally in Judge Merritt, who spoke for the 40 or so judges who serve in Marion, Citrus, Hernando, Lake and Sumter counties.

While thanking the court staff in Marion County for their efforts, Merritt also noted this problem afflicts all 67 counties.

“The judicial branch is certainly aware of the issues raised in your letter and shares your concerns,” Merritt wrote.

He pointed out that both Florida Supreme Court Chief Justice Charles Canady and the state’s trial courts administrator had also raised the funding issue with DeSantis.

In his own letter to the governor, Canady maintained that the county court clerks statewide face a “fiscal crisis.”

Additionally, Canady wrote, “It is difficult to estimate the revenue impact in the next fiscal year because of many unknown factors such as the return to more normal court operations and the health of the economy. The possibility of continued reductions in revenue at this level is very troubling, however… .”

Canady added that the county court clerks’ budgets are “heavily dependent” on fees and fines and their attempts to address the evaporating revenue “could have a serious impact on operations.”

“The trial courts’ ability to continue performing the work that is now being done and to return to more normal operations – including ultimately the resumption of jury trials – is dependent upon the ability of the clerks to participate fully in these operations,” the chief justice noted.

“The judicial branch can anticipate an influx of new cases due to negative economic conditions and COVID-specific disputes. The courts and clerks will need to marshal resources to tackle this workload for the benefit of individuals, business, and, ultimately, Florida’s economy.”

To that end, Canady encouraged DeSantis to explore solutions to the clerks’ budget predicament.

For context, Canady wrote that letter in May.

“He’s committed to continue to work with us,” Ellspermann said. “It’s encouraging how all the judicial partners have come together. It’s not an acceptable situation, but we’re working through it.”