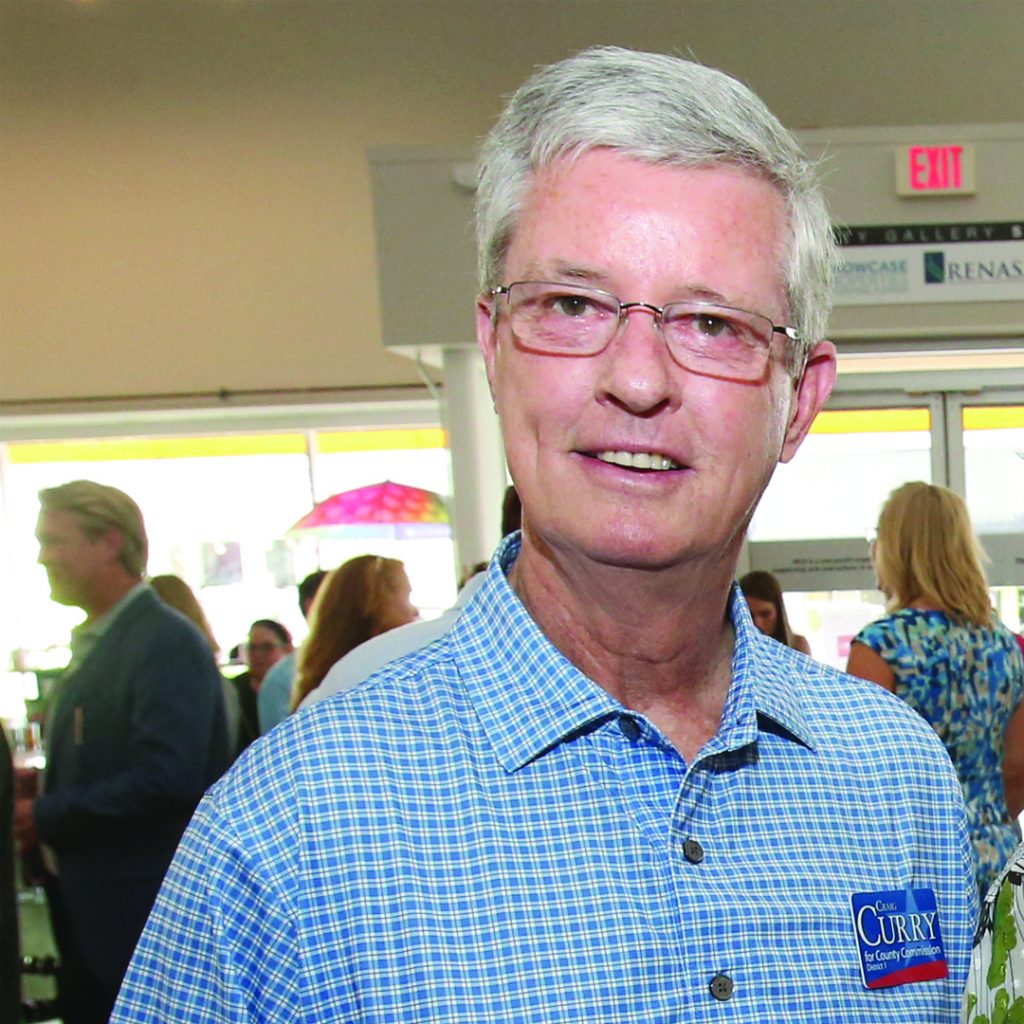 When Craig Curry was elected to the Marion County Commission in last week’s primary, it completed a political renaissance for a man who had not held public office since he served as mayor of Ocala more than three decades ago.

And what did he learn about the difference in local politics in the 1980s versus those in 2020? Well, for one, the more things change, the more they stay the same.

Curry won just over 50 percent of the vote on Aug. 18 in a three-way race with fellow Republicans Mike Behar and Michael J. Saxe for the District 1 commission seat currently held by David Moore. District 1 encompasses the southeast portion of Marion County.

So, what was the biggest difference for Curry, who served as mayor for one term in the late 1980s after serving a term on the Ocala City Council? The size of the territory he had to campaign in, and the amount of money it cost to run that campaign.

Of course, the area he had to cover in the mayoral contest was 30 miles square, while running a countywide race means campaigning in an area the size of a small state.

But while campaigning has changed in size and scope, Curry said “people haven’t changed.”

“People are still driven by the same things that they were back then – a good environment and safety and security,” he said. “The issues change, but people are pretty much the same. There are just more of them.”

Curry said Ocala/Marion County “has always been a Bible Belt area” with conservative voters, but he was surprised during the latest campaign about some of the issues that emerged in his bid for the County Commission.

“It was weird to me, but the No. 1 question I received was where do I stand on abortion,” he said, noting that the County Commission does not deal with abortion. He also said he was asked a lot about the United Nations and one-world government.

Curry brought a touch of old-fashioned, small town politics to his 2020 campaign by putting his personal phone number on all his campaign flyers.

Dealing with the hyper-partisanship of politics today was also something new to Curry.

“When I was on the City Council and I was mayor and the phone rang, I never asked anyone what their party affiliation was or whether they were Chinese or black or whatever,” he said. “I asked what I could do for them.”

“A county commissioner’s job is dealing with people’s problems not their politics.”

Curry said the issues between his first run for public office in 1985 and today are different, but not that different. In 1985, he said, roads and infrastructure were the big concerns. In 2020, it’s land use and zoning. Growth, meanwhile, has been a constant for the county.

“Growth in Marion County started in the 1970s … a lot of people from South Florida,” he said. “It’s just continued. Even back then we were at the top of the growth trends.”

And that growth has changed the way a local candidate has to campaign.

“It’s just different,” Curry said. “It’s a lot more. If I didn’t have the money I had to push my message out there, I would have had a problem.”

Going forward, Curry said his areas of focus as a commissioner will be water and handling growth in a way that preserves Marion County’s farming and open spaces.